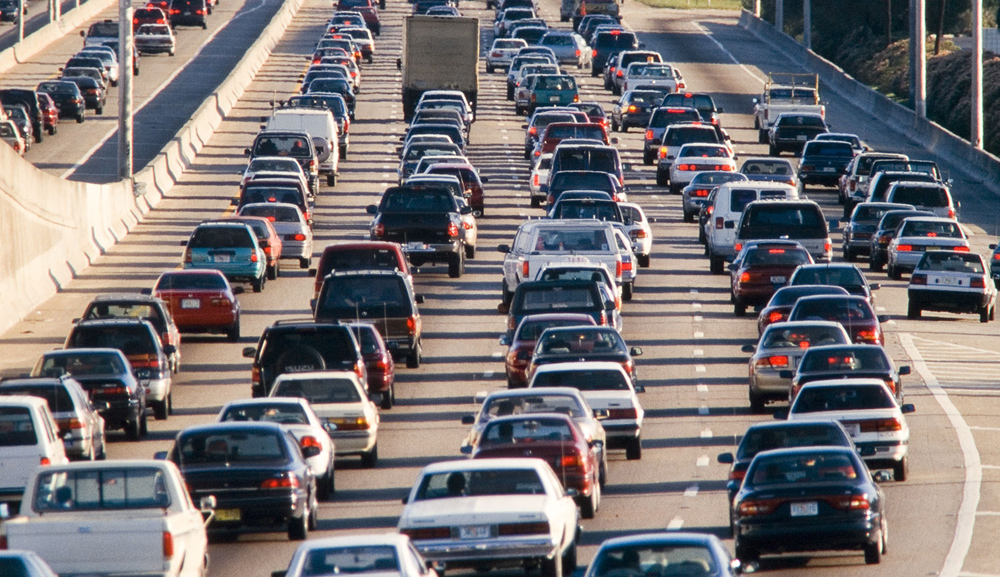 No, we’re not talking one of those bad, hacking coughs, that goes with the congested lungs of your wizened and blackened ex-smoker’s body here, we are talking the lungs of a much more important organism than you. We’re talking about the life of a city here. And with congestion in a city, there’s no cure at all.

The Stephen Joyce road brigade, that firmly believe that the more roads you can build will help to alleviate the present problem of congested roads, are plain and simply wrong. Current traffic logic / lore dictates a list of things to do when traffic gets badly congested:
Widening Roads; Speeding up intersections; Building More Roads.

And sadly, all of these are bunk.

Widening existing roads just means one thing: more cars can fit on that piece of road. The traffic isn’t going to go any faster than before, as all the traffic that was there before, is still there now. If anything, traffic may go a little slower, as there are now more cars. It is well known that widening a section of road from 1 lane to 2 lanes will not in itself work, but merely move the congestion point along. Unless a road is 2 lanes all the way from start to finish, traffic “planning” is just going to move the knot of congestion around. The congestion hasn’t gone, it is now just all around us.

Speeding up intersections is the next trick in the armoury of the intrepid traffic planner. Adding extra fast lanes in at roundabouts is a common aim, with central hub for people going sedately round corners, and whizzy side lanes crunching cyclists into dust around the outside edge. There are some amongst us, those on foot, flipper, or on cycle, who would prefer that traffic went slower round corners, not faster, thank you.

Building More Roads is a classic. The thinking goes, that if your roads gets congested, then just go get another one. A bigger, wider, longer, faster one. A new one. But then Dunlop’s Law comes into play: “traffic expands to fill the space available”. The new road becomes just as congested as the old one. And… you’re back to square one again, only this time with more asphalt. Reducing traffic by building more roads is like screwing for virginity: it just doesn’t work that way.

What about road charging? London does a Congestion charge, doesn’t it? Worked there, didn’t it? Well, yeah, but nah. London’s charge is just over people entering the central city in cars from out in the burbs. The charge, at first 5 quid, later 8 quid, and now did I hear 25 quid, merely pushes the flow of traffic outside and around the city barriers. The centre gets better, the periphery gets worse. Ironically, those trapped within the cordon, are better off: less traffic around, so they can drive their car more. Would a Congestion Charge work here? Well, not really, or at least, not to the same extent. The thing is with Wellington, is that you really can’t go round the outside. There’s just 2 ways into town, and when both of them are blocked, then both of them are blocked. End of story.

So: time to think differently then.

The way to take control over congestion therefore, is not to try to stop congestion, but to simply let it happen. If congestion is always kept just at bay, things don’t quite work. Tempers get frayed. Engines overheat. Traffic slows down. People keep on driving to their work, driving to the airport.

But let it happen fully instead. Let the traffic grind to a halt, with no hope of redemption.

Postscript: Article published before I had intended it to, so it was just a wee bit unfinished. Continues below.

With one proviso of course: that adequate public transport is in place before hand. If car-based traffic grinds to a halt and a decent high-speed public transport system isn’t in place first, then all hell breaks loose as everything stops. But if the city has taken the time and car and thought and consideration and, yes, money to install a quality, high speed, rapid public transport system that traverses the city, then the cars can grind to a halt, and the rest of the business can keep on working just fine.

Buses, trams, or light rail trains: they’ll all do fine.

No Royal Wedding in this house