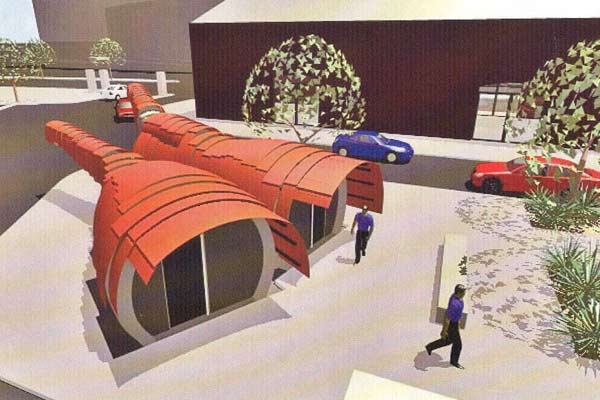 Not wanting to put too fine a point on it, but this town needs more public WCs. Come the Rugby World Cup, we’re going to be rivaling Christchurch for numbers of Portaloos deployed in the streets I suspect, for the simple reason that we don’t have enough places dedicated for number 1s and number 2s. We’ve written about this before, in a post (still one of my proudest efforts) about pissoirs – but we really need to talk about bigger stuff. You know what I mean. We need a solid effort here.

I thought it would be a simple webby thing, to find out where our current public toilets are. But the standard google map doesn’t throw up such information willingly – or perhaps I should say willy-nilly – the AA map is drastically and pointlessly incorrect (listing Greytown and Porirua, but not Lambton Quay ANZ), but eventually I find a website that fits – the Toilet Map of New Zealand! Basically, if you discount those in places such as Te Papa and the City Gallery, we have very few loos:
Waitangi Park, Courtenay Place, Te Aro Park, the base of the old ANZ in Hunter St, and one or two apparently on the waterfront. There are also places like the Embassy theatre, St James, the City Council, the FoodCourt under the State/BNZ, the Railway Station, etc, as noted on the Toilet Map – but all of these close at night, which is, to be frank, when most people go out to drink and eat – and hence may need to pee and poo.

Really, to be honest, I have to say that it is one of the few times that I agree with Rosamund Averton and the aged citizens of Waterfront Watch: this city needs more loos. Every Friday and Saturday night the owners of McDonalds all night ‘restaurants’ and assorted Petrol Stations around town suffer the ignomy of the drinking/dancing short-skirted brigade, who typically slink into the BP shop and wave frantically to the serf behind the counter, knees firmly locked together in case they suffer a little mishap while the room is unlocked… granted that Rosamund is probably safely back home by then, and so she probably doesn’t even see the worst of it. Doorways around the city get pissed in, to put it bluntly, as well as chucked up in, and even more exchange of bodily fluids that I won’t list here.

So we come then to the question of the ‘designer’ loos, the ‘lobster’ loos, the curiously shaped set of two WCs proposed for a blank corner near Shed 11 on the waterfront. Has any set of toilets attracted quite such a controversy?

Is it really just the cost that has people all afroth with indignation (last rumoured to be just under $400,000 which is down from the cool half million originally quoted). Or is it that they have a frivolous shape – designed, apparently by some anonymous pencil pusher at Studio Pacific Architecture, although, unlike their design for ‘The Rock’ aka the Airport, this one has no official name as yet.

Did Hundertwasser attract such opprobrium with the Kawakawa loos, that are now trotted out as an illustration every time a city official says Public Toilet?

Well, probably, yes. I’m sure that he did attract some flack at some stage – probably quite a lot of flack regarding the design if the Kawakawa residents are typical non-design afficieonados, although of course they are universally loved now (if indeed the boundaries of the universe extend only to the edge of Kawakawa). Tourists flock to the loos at Kawakawa now, to the extent that the loos really have put the town on the map.

Yes, the loos of a hundred waters are so popular, and are pulling in so many tourists, that they are now going to have build more loos for people to actually pee in. Last time I went there, it was definitely an odd experience to be using a WC as a busload of tourist people snooped around, snapping with a camera. ….Disconcerting.

But, at a guess, they didn’t cost a half mill. And there’s the rub. That’s the part that has got people riled up. We debated this over at Scoop, where Lindsay Shelton and others pooh-poohed the idea of “designer” loos, and yet not a word had been said at the rebuilding of toilet facilities in Courtenay Place at a cost of $600,000. That’s right – they tore down existing toilets, and replaced them with new ones, at a cost of more than the new loos on the waterfront, and yet there was not a peep out of anyone. The difference was, of course, that they don’t look “designery”. They’re plain, simple, no fuss, no nonsense. Boring as hell that no one would ever cross the road to see – the complete opposite of the proposed waterfront loo, which is as madly wacky as anything south of Kawakawa.

But we shouldn’t be getting upset at this loo. This should be just number one: the first of many. We need more loos, and they should all be architectural marvels. So: who’s for number two?

We are governed by idiots