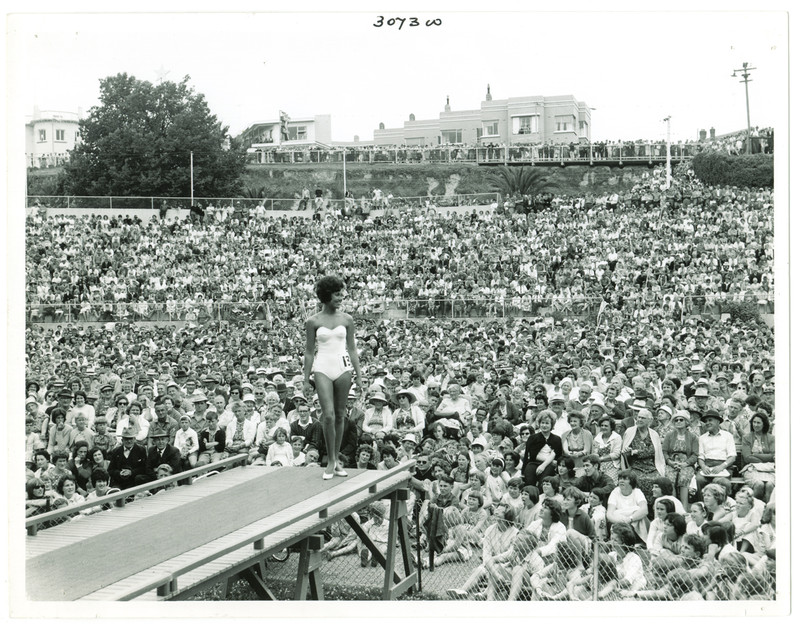 It is always a slow start to the year, after some quality time spent at the beach. The malaise of having to go back to work hangs heavy over us all, especially as the weather is (normally!) better once you have returned to work after a summer holiday. This year, reasonable amounts of fairly mediocre weather meant more time spent indoors reading, than the more traditional outdoor swimming, sunbathing, and generally fooling around in the waves. Instead, quality time was had by Levi being laid up horizontal, sharing the delights of the recliner with a good book or two. One of these especially caught my fancy – the latest volume by Douglas Lloyd Jenkins, Aotearoaâ€™s very own design scribe. â€œBeach Life – A celebration of kiwi beach cultureâ€ is his latest book, and it is perhaps a curious topic for DLJ as he does not seem to be particularly beach oriented, although having spent the last few years as Director of the Hawkes Bay Art Gallery and Museum, he certainly must have had his beach interest aroused, as the Museum is just across the street from the vast expanse of the Pacific Ocean in Napier.

Whether he is a natural born beach lover or not, the end result is captivating, and superbly positioned for summer reading at the beach. It certainly went down a treat with me, and with the other assorted members of the extended family that congregate for Christmas. The book is vaguely chronological, being broken down into three main epochs he notes as:

Being the delicate young age that I am, I fall firmly into just one realm: that of the Sunburnt. Therefore the tales within the other two epochs are delightfully new to me.

Each of these main areas is then further subdivided up further divided up into sub chapters of Beach Boys, Beach Style, Beach Stories, Beach Mammals etc and eventually Beach Suburbs and Beach Houses. This allows Lloyd Jenkins to explore lots of interesting little facets of the subject in no particular order, in the manner of picking up small bits of flotsam and jetsam off the beach and examining them at leisure. There is a fascinating amount of info within the covers, and a wide range of images, many of them of boys with tight pants and thrusting crotches, and some of girls in barely restrained bikini-clad bosums, but on the whole, the nakedness quotient is kept at a reasonably decorous level. It is the photos of the life-guards performing an Aryan (fascist) salute that opened my eyes, as well as the picture of the 10,000 strong crowd at the Miss Caroline Bay Contest, with legions of elderly matrons looking at the young swimsuit-clad girls on display. Looking on disapprovingly perhaps, or do they all just suffer from resting bitch face? How things have changed: this year the Miss Caroline Bay Contest had only two entries, heralding the end of the free floor show. Not only are the young too unwilling to enter it, even the audience canâ€™t be bothered any more.

Pictures aside, the text is fantastic. Not too wordy, not at all dry and academic, Lloyd-Jenkinsâ€™s writing is a joy to read, especially if you can recall his quiet, slightly lisping way of speaking that he demonstrated on TV a decade ago. There is a very dry sardonic wit at work here at times, and the small mini chapters are perfect for a mind to read when addled by a spot too much wine or sunshine. Yet they are short, to the point, and make a whole lot of sense. Let me quote you an example, form the very start of the book, in the introduction:

â€œIn Aotearoa New Zealand the beach is inescapable. Life at the beach is simply part of belonging to an island nation. There is no point in the countryâ€™s interior that is so distant from the coast that it cannot be reached for a trip to the beach. In a sense, New Zealand is a ring of coastal beaches within which the nation is contained. Kiwis have therefore come to see the beach not so much as the geographical fringe but as defining the perimeter of their culture. New Zealand starts and ends at the beach.â€ p9

That makes a lot of sense to me, and also helps define our differences from the British. They experience their island differently from ours. While there are some parts of the British Isles that are still wild and craggy (think Poldarkâ€™s rides along the Cornish coastline), much of the accessible beach land is hideously ruined with caravan parks, fiddly twee changing sheds, industrial wastelands and the like, but there is no tradition of bach dwelling. Instead, their sea side retreats were built in the days when the sea wind was to be feared and avoided, and small dwellings huddle in valleys with their backs firmly against the sea. But then again, there are not many parts of Britain where the temperature is amenable to stripping down and racing into the briny at the first opportunity, as we tend to do here. To a Kiwi, the Poms just donâ€™t seem to get what it means to go to the beach. Get in, get naked, get wet! Have a good time! New Zealand really does start and end at the beach.

New Zealand is of course also heading the way of seaside decrepitude, albeit at a much slower rate: there is no doubt to my mind that the hideousness of many modern beach houses has forever ruined some formerly beautiful retreats. The worst one that springs to mind is the line up of ghastliness on the edge of the Able Tasman Park, where Kaiteriteri has been ravaged and left for dead by people intent on hitting everything with the Ugly stick. Some people clearly do not subscribe to the dictum that beach living should be fundamentally different to city/suburban living, and their crass and ugly houses show this off all too well. Cheek by jowl siting does not help of course, and the brilliance of the natural surroundings in Abel Tasman only show off how awful the architecture is that surrounds it.

There is a reason that houses by brilliant architects like Ken Crossan, or Lance and Nicola Herbst, capture the eye of the nation with their designs for informal, beach-side living in a manner that is so fundamentally different from that of the city. Weâ€™re certainly judgemental enough. Is this just me, or is this a trait common to more of us? Lloyd Jenkins again, right near the end, puts it this way:

â€œAnyone who owns a beach property, old or new, will have had the experience of looking out the window to find two or more people initially looking, eventually pointing, engaging in what is clearly an intense conversation about their house. During summer holidays at the beach, local architecture was more inclined to come up as a topic of conversation than in town, where few people had a mutual architectural reference point solid enough to sustain conversation.
Generally speaking, the New Zealand public came to judge any beach construction using a simple rule: does it fit in or does it stand out? It was a crude measure broadly applied, but Kiwis would prove considerably more sympathetic to a beach house that they considered merged with the environment than one they considered to be an addition to it. Of particular sensitivity was the setting of a house close to the beach boundary or in any raised position that was perceived to dominate in a way that implied private ownership of a public beach.â€ p273

I absolutely loved this book and if I have one criticism, it is just that for me, I would have liked to have seen and read more about beach architecture, but the book is so much more than a discussion about the merits of the bach. It touches on nudity and prudity (too much of the second and not enough of the first), the good points (or not) of woollen togs vs nylon, the hours of bathing in the Victorian era and the beginnings of surfing in the Kiwi surf beach culture. My one regret – that I did not have the gumption (or, perhaps, the ability) to write this book myself. Well done Mr Lloyd Jenkins.