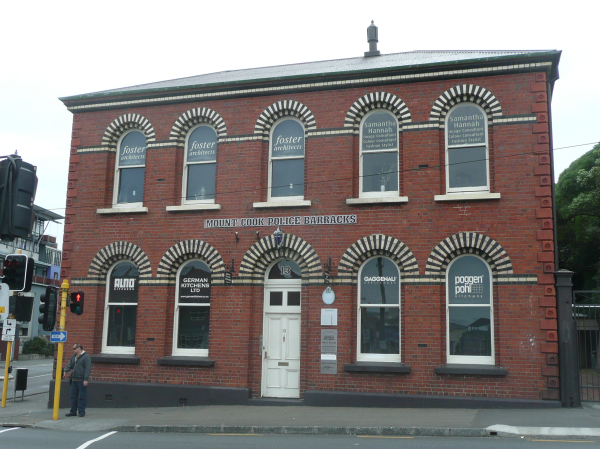 In other news, keep an eye out on this website from NZTA regarding the long-awaited ‘options’ for the flyover in the Basin Reserve. There’s nothing much there at present, as they have yet to load on the different ‘options’ their design team has come up with, but they promise to undertake some ‘consultation’ with the public, in 2 phases:

“The first will be in February 2010 when the project team will have a number of options ready for public consultation.
The second will be in the latter part of 2010 after a preferred option has been selected.”

They’ve got a helpful Questions and Answers section, where they are putting some spin out – getting their response out before the questions get too tricky. So far they have answered the question “Can you build a tunnel?” like this:

“Investigations have indicated that building an east-west tunnel may attract more traffic to the area and will not improve the performance and efficiency of passenger transport. There are also significant cost and geotechnical issues associated with this option.”

My answer to them would be: Poppy cock! Yes, of course it will cost more, but the benefits are also greater. It is great news that if they put a tunnel in, it will suck more traffic into it, and therefore remove more traffic from other roads. Sounds good to me. And it “will not improve the performance and efficiency of passenger transport” ? There’s a simple answer to that too: Try a bit harder! You’re (presumably) clever people. You can make it work without screwing everything up.

“How will it affect passenger transport?”

“The improvements will form part of a passenger transport spine that will reduce congestion and improve travel times for buses and other travellers to and from the southern and eastern suburbs.”

See? Sounds like you have it sorted already. Told you you could do it!

They also ask: “Will important heritage buildings be affected?”

“A review of the heritage buildings in the area has been completed. Independent archaeologists and heritage specialists are working with NZTA to minimise or avoid impacts on these buildings.”

Hmmm, weasel words again. It’s ironic to think that apart from the old Police station on the corner, there is really only one heritage building in the area – that little old Home of Compassion Creche (1914, designed by John Swan) hiding in the bushes.

Everything else – the Basin gates, the Basin Grandstand, the Rifleman Motor Inn, the nasty Massey student Housing blocks – they’re all rubbish, and could all quite happily go.

But I’m guessing there is only one thing in the way: the little old building. So: let’s just bite the bullet and move it as a first step. There is of course a massive amount of buried heritage in the area – the old Wellington Jail was on the hill before Massey (apparently sitting broodingly on top of the hill and providing a gloomy warning to all those sail boats entering the harbour), and remains of the jail brickworks will be uncovered when they start to dig. There is also the Military Barracks and the parade ground, old cellars, munitions, the foundations to a former School or two – the area is ripe with heritage, but nothing that should stand in the way.

If anyone at NZTA was being clever, they would have hired the Archaeologists to dig up the site over the summer, so it doesn’t slow the process down, although with the weather we’ve been having, maybe its just as well they weren’t that organised.

So: let’s get cracking!