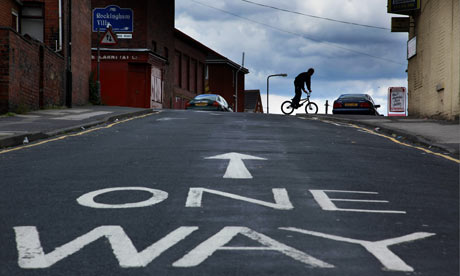 In a shock move this morning, Canterbury architects have confirmed the rumours that the NZIA Architectural Ambassador, Sir Ian Athfield, has abruptly resigned. â€œChristchurch,â€ Athfield is reported to have said, â€œis a one-way street that Iâ€™m just not willing to go down.â€ 70 year-old â€œAthâ€ is renowned as an outspoken critic for many things, who also likes skiing – but not enough to stay in Christchurch. He has made it quite clear that he and one-way streets donâ€™t suit each other.

This fracas comes just when Mayor Parker is strategising Christchurchâ€™s post-earthquake re-branding. Insiders say that it was Mayorâ€™s refusal to rename Christchurch â€œAth-Vegasâ€ which was the real sticking point. What began as a chummy after-dinner drink apparently turned into quite a scene on Manchester St. The mayor had his list of possible contenders on the back of an envelope (Parkerton, Bobsville … Milesâ€™ warren …) but nothing that even remotely recognised his architectural Sir-ship.

Council officers had really just been having fun – even Bob thought it was a hoot, but when Ath saw the favoured option was Biberty-Boberty-town he didnâ€™t so much as do a flip-flop – he just, well, flipped. The Architectural Ambassdorship is now in the hands of Bob the Builder – well, Bob the Mayor at any rate. Letâ€™s see what he can do to save the situation. With he and Ath sharing the same PR company (or so itâ€™s rumoured), it wonâ€™t be long until they are both singing to the same PR song-sheet once again.