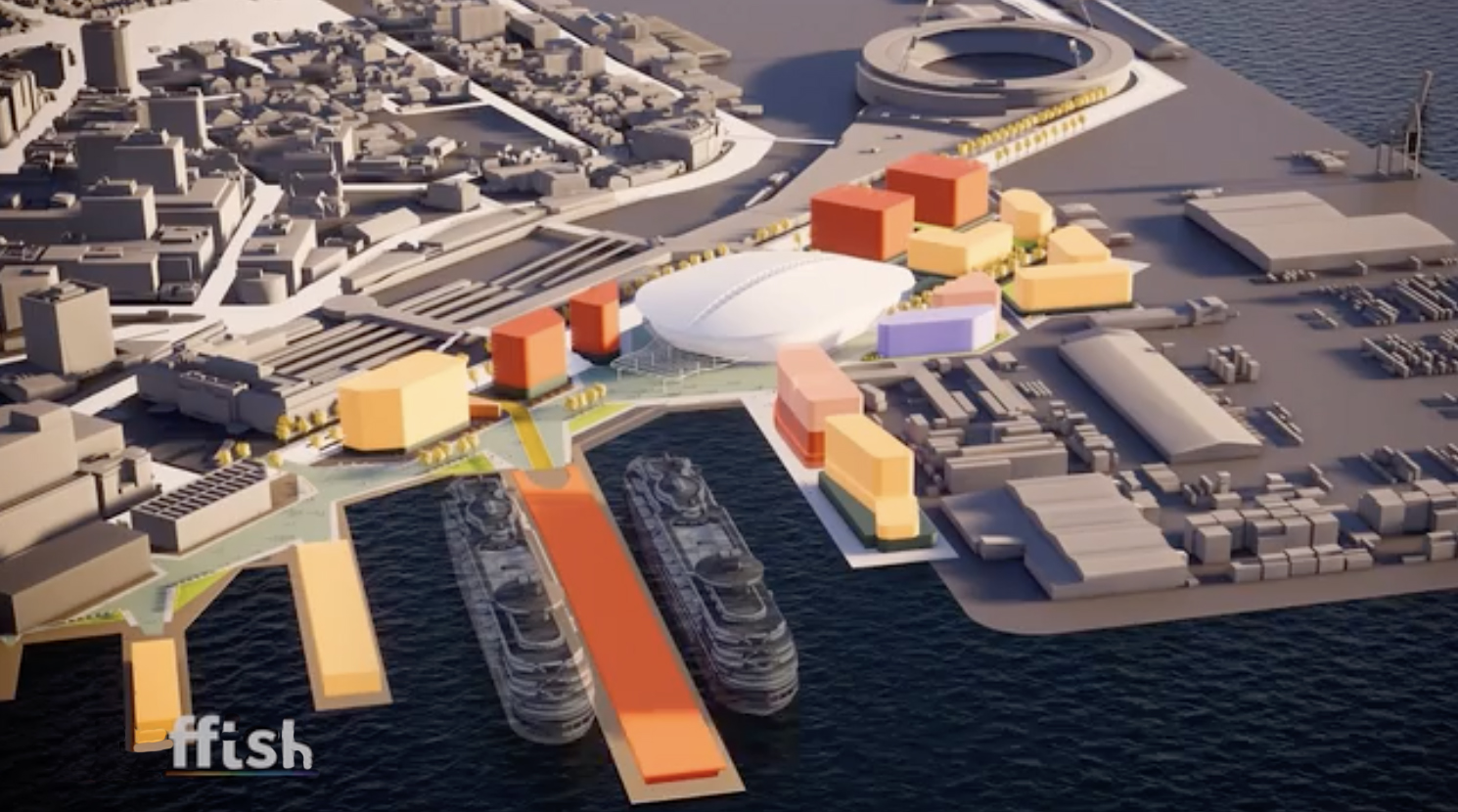 Iâ€™m not sure if this real news yet or not – as Freddie sang, â€œis this real life, or is this just fantasy?â€ – but the DomPost is reporting that a large, indoor Arena, the size almost of the Spark Arena in Auckland, is to be built on the foreshore in Wellington.

The report says that 5 sites have been investigated – including on top of the entrance concourse (as was proposed before) – and the best site selected. That happens to be right where the ex-BNZ building sits. The building that is yet to be demolished. The site that they havenâ€™t yet got permission to build on ?

But isnâ€™t that site that is also being considered for the new Super ferry terminal ??? Earlier in the week we were told that Kingâ€™s Wharf was the desired location for a new terminal to take both InterIslander and Bluebridge ferries. Two to three ships each from two companies – up to six ships sailing twice a day – with millions of tonnes of freight from hundreds of trucks daily – mixing in with 12,000 Fans screaming at the latest teen heart-throb – I see a serious clash occurring.

What that says to me is that, once again, WCC and GWRC are not talking with each other. You canâ€™t both have the same land guys. And in fact, given how compromised that land is, should anyone have it ?

What do you think ?