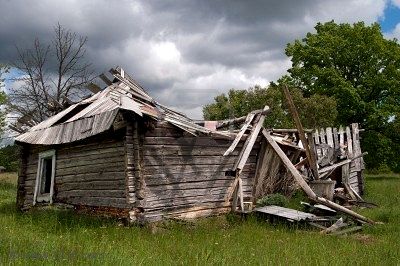 I’m reasonably impressed by the actions taken this week by the NZRAB (NZ Registered Architects Board). If you watched TV One news last night, you will have seen Paul Jackman, head of the NZRAB, get his hooks well and truly slung into the unruly rabble that are the Real Estate agents of NZ. The story is a variation on the usual situation of unqualified numpties passing themselves off as architects when they haven’t got the training or the ability. Lying and cheating never impressed me much. It always seemed to me that architects just lay down and let some people walk all over them, although the law in NZ seems to allow this as standard.

In this case, RAB has taken to the estate agents who fraudulently advertise properties as being designed by an architect, ie in cases where no architect was actually involved. As usual, the property sellers are just being slack, lazy, and in some cases, downright lying through their teeth.

I suspect that most people have noticed some stretching of the truth in the advertisements of the property press. There are numerous websites around the world dedicated to exposing the amusing parallel universe that some estate agents inhabit. An example from one in the UK notes that: “Charming” can mean “Another word for tiny”; “Easy maintained gardens” described a garden “so small that investing in a lawnmower would be a waste of money.”; and “A real fixer-upper” was really standing in for “Tear down and start again”. I’m sure that estate agents in NZ would never say things like that…

It’s interesting to see the effect that the REAA (Real Estate Agents Authority) has had on the profession of those who sell property, especially when you compare it to the Architects Act passed a few years ago. The REAA’s stats show that there are about 411 complaints made about estate agents since July last year, with most of the complaints dismissed, but 53 upheld, and 17 awaiting disciplinary action. That seems, to my uneducated eyes, to be quite a lot. Maybe it’s not really – after all, there are about 16,000 registered estate agents.

By contrast, there are only a tenth as many registered architects (around 1600), but, it appears, proportionately a lot less complaints about architects. The NZRAB reports that “No architects who are currently registered have been disciplined within the last three years” and has published details of, it seems, only two disciplinary cases. Either the NZRAB is keeping quiet about complaints, or perhaps architects uphold themselves to a significantly higher standards. There obviously have been complaints, although the figures don’t appear to have been published on the website. NZRAB notes that complaints have typically been about:

# Generally complaints relate to residential projects, with home-owner clients.
# Almost invariably residential projects founder because of poor budget control by the architect.
# Excessive self confidence leads to sloppy communications with clients.
# Casual language, particularly with emails, leads to the architect not maintaining control of the project.
# The loss of control of the project is worst in relation to money matters, setting budgets, and obtaining cost estimates at the various design stages of the work.
# Not getting independent estimating advice is a common failing.
# Often conditions of engagement and fee-setting are not formalised and changes in scope arenâ€™t documented.