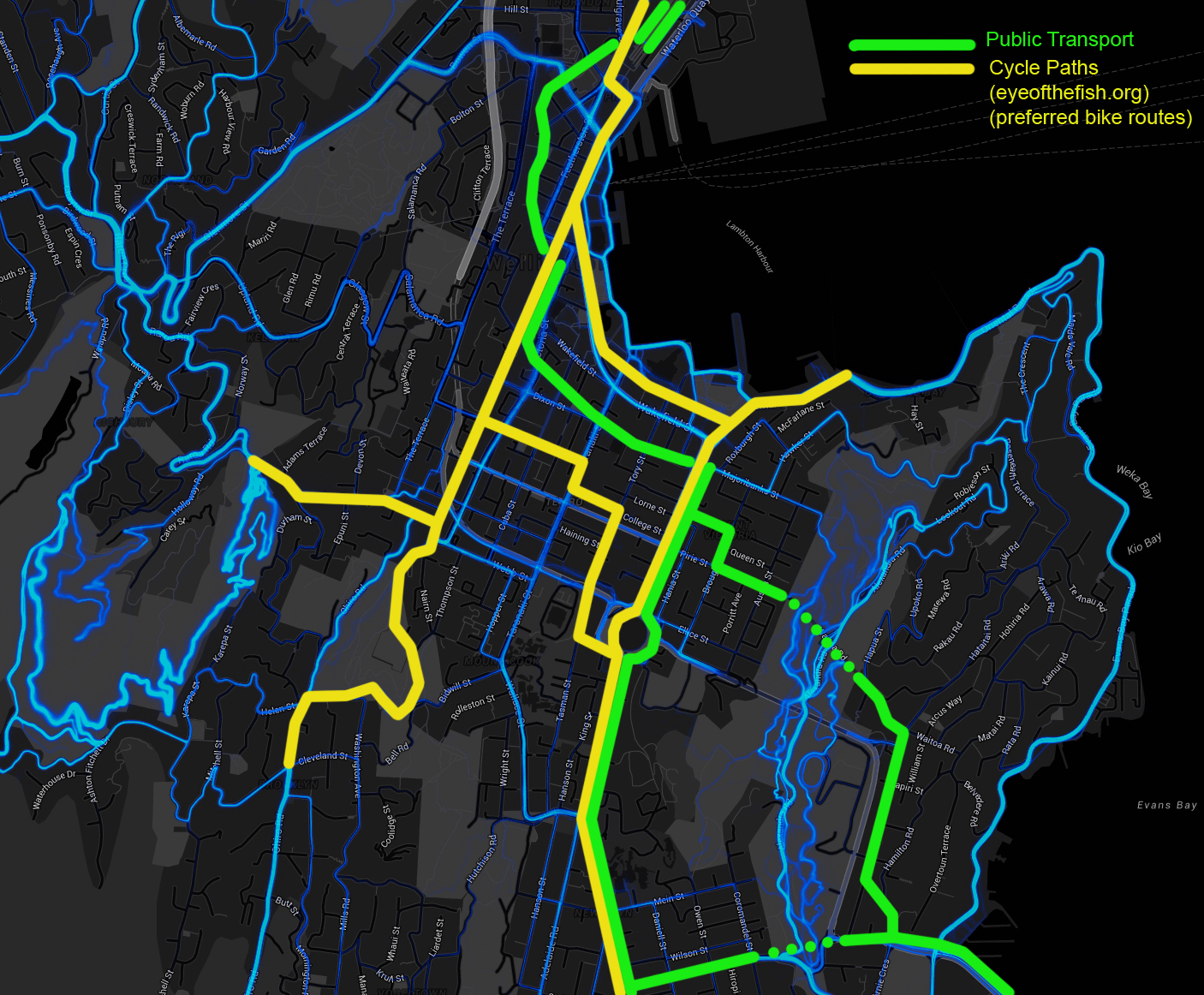 Seeing as the WCC and the NZTA seem to want us (the public) to be discussing possible alternatives and pros / cons of the Cycling Masterplan, I thought that I might, as a starter for 10, offer up a little alternative.

To me, the info provided by Strava is insightful, especially concerning where cyclists ARE currently actually going. I’m a weekend cyclist at best, taking it slowly, an old grannie on a Raleigh twenty, compared to the weekday road warriors who just want to get from A to B, clad in skin-tight lycra or swathed in flappy old shorts, but on a serious speedy machine. I’m happy to cycle on the shared path at Oriental Parade for instance, and not have to wear a helmet, safe in the knowledge that no car will run me over – and nor will I run over a jogger. We can both happily co-exist. But hardier urban cyclists don’t want to have to put up with star-struck love-sick couples pushing a pram, complete with flotillas of nippers swarming around their feet. Instead, they use the road. All they want from a road, is clean, flat, no bumps, no cars in their lane, no-one backing into their path. Fast. Quick. Straight. Flat. Did I say Fast?

So to me, the idea of a cycle-route through Courtenay Place is anathema. No one in their right mind would want to go down that street on anything other than a bus or on foot. Or poured into a taxi on the way home. Worst. Cyclepath. Ever.

In response therefore, I’ve drawn up a stab at where cyclist might want to go. I’d refute that anyone would want to go straight west across the city from Basin Reserve to the motorway. Yes, that is where the cars want to go – but who would go that way on their bike? Utter madness! Instead, I would propose that cyclists want to avoid the nastiness of Kent and Cambridge, avoid the State Highway routes down Vivian and up Buckle, and instead would rather have a 99% dedicated cycle route across town. I’ve picked out part of Tory, and Ghuznee – think of these with cars BANNED and just bikes. Van access in the wee hours for loading and unloading, but otherwise a predominantly cycle friendly route.