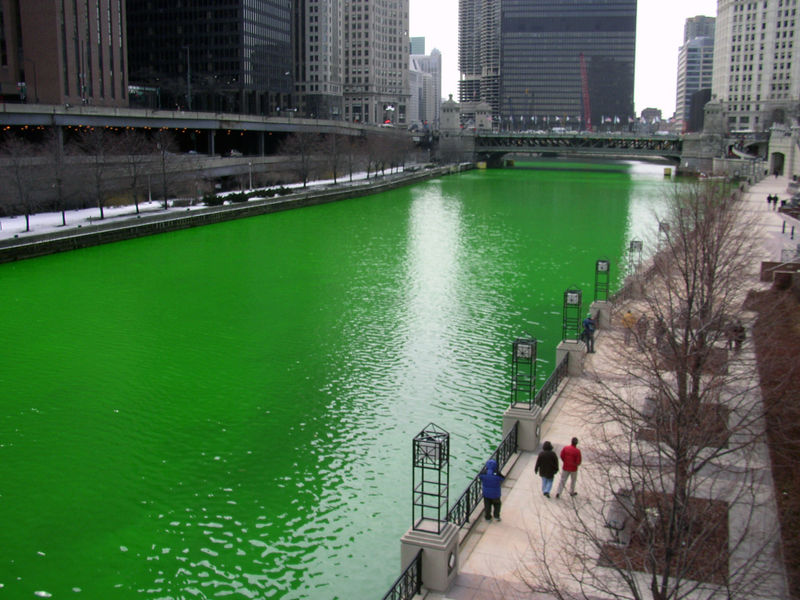 Well fiddle-dee-dee, potatoes, it’s St Paddies day and time for a wee post on the latest Oirchitecture from Oireland, to be sure, to be sure….

I’m bemused and befuddled every St Patrick’s Day, as I may have said before – as a country we don’t have that much connection to Ireland, being mainly descended form English, Scottish, and Polynesian bloodlines: and yet we go fairly hard out with the St Paddies theme on the 17th March each year. That of course entails wearing green hats, green knickers, and even drinking green beer, if events over past years at Molly Malone’s and Murphy’s Bar are anything to guide us by. Inebriation and Fornication are guaranteed to follow.

There are St Patrick Day Parades held around the world, including in places that you may not expect: Argentina goes all out, Montreal has a Parade dating back to 1824, and even South Korea has a yen (or a dong) for the green stuff. But of course they go much further in the USA, where they are truly more Irish than the Irish, in enthusiasm at least. Apparently parading since 1737 in New York, the Irish are celebrated as a key part of the country’s history: although Polish and German would probably be a more true source. Strange as it may seem, in Chicago they even dye the river green for a day (no, I’m not kidding. Don’t even ask what happens to the fish that day).

Of course, back in Eire there’s much celebration as well, although not on the scale of the Americans – they certainly don’t dye the Liffey green, as that’s the wholy holy source of the black stuff, the only one authentic thing left in Ireland: the Guinness. The Guinness adverts have long been one of the world’s best and long running advertising campaigns, with the Toucan branding and the Guinness Gives You Strength lasting long past their sell-by date. There are now entire industries of people manufacturing imitation ‘genuine Irish’ paraphenalia, by which you can ‘authenticate’ your Irish pub.

But enough of the green beer and the flim flam jim jammery. ‘What about the architecture’ I hear you cry? Well, it seems that after a decade or so of easy Euro cash flowing through their coffers, the Irish have run into a bit of a slump, much the same as us here (except of course, we never had the influx of money that the Irish did). Having boomed massively in the late 90s and early 00s, Irish architects are once again on the road, looking for work abroad: except that most of Europe is in the same (slow) boat, going nowhere on the mantle piece. Like Wellington, looking at putting a silly great sign on a cliff, Dublin have actually erected a monster of a spire 120m tall in O’Connell St – their main shopping drag.

In this case though, the Spire (designed by Ian Ritchie Architects) does have a bit of history and reason – it sits on the site of a previous monumental column blown up by the IRA back in 1966. Despite getting a fair bit of flack at the time of construction in 2003, the Irish do now seem to like it – much as the Aucklanders have warmed to their giant spike as well.

There is a fair bit of old Georgian architecture, including historic pubs seemingly on every corner, a fantastical Calatravaesque bridge in their Dublin Docklands, and even a building in their Docklands that looks surprisingly like the BNZ in our Docklands here in Wellington. Peer into the background of this photo and answer me this: is that just a coincidence, or did someone take the easy way out? That may explain a lot.

But despite the mass of tired old building stock still sitting there unloved, the new stuff in Ireland is still depressingly the same as back home in NZ – all crisply modern and getting all Fearon Hay on your ass: the rectangle rules. Regionalism has truly been overtaken by Internationalisism and Globalisation. Here’s ODOS Architect’s award winning farmhouse at Ballymahon – beautiful, architectural, and sterile as hell.