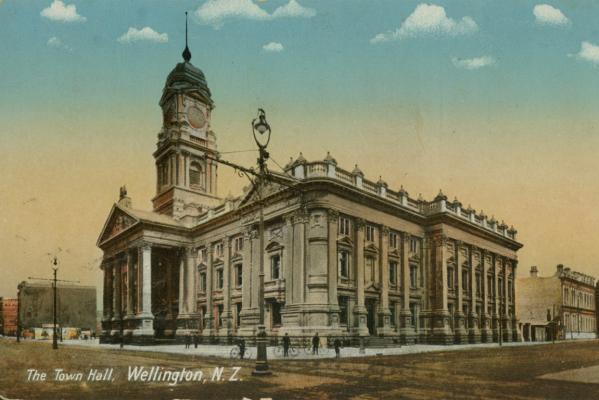 Today, the DomPost devoted its entire front page to the issue of the old Town Hall building now being costed at $60m for strengthening, instead of the previous $47m. It appears that we are not taking about inflation of $13m in the 2 months since the decision was made, but that there are more foundations, and they are bigger, and so bigger base isolation is needed. It seems that Joshua Charlesworth did not think of base isolation back in the day…

Sixty million is a huge amount – I can even remember back to when six million seemed like a lot (thanks Steve Austin) – but the key question comes down to: what is the alternative? The newsagent I buy my morning rag from immediately said – “that’s too much, they should build a new one” which I suspect may well be the answer from a lot of the uneducated masses in suburbia. Why, sixty million dollars is the price of 1.5 Mark Hotchin mansions! Or only twice as much as the Kim DotCom mansion! Or, and here is the crucial point – only less than HALF as much as Christchurch is paying to repair the earthquake damage to their Town Hall ($127m budgeted).

The key reason that Christchurch decided to restore their Town Hall, and not replace it with a new one, was cost. Yes, along with impassioned pleading by desperate architects, but mainly because of cost – a new Town Hall of similar standard of quality, would be costing nearly twice as much again. So on the outside, strengthening of the Wellington Town Hall would seem to actually make a lot of sense – ie $60m is probably only a quarter of the cost of a new hall. So, simple decision – just approve the funding, right?

But then again: why would we have to build a new hall, when we already HAVE a new hall, right next door. Perhaps the $60m should be spent earthquake strengthening and base isolating the Michael Fowler Centre instead, so that if the inevitable happens, that one would keep standing? So – perhaps the answer is just to pay for a demolition company to come and tear it down instead? That’ll only cost about $5million. Only thing is though, that Wellington will then need to build some more office space for people who work there, like the Mayor and the team, whose offices are (were) in the old Town Hall.

The question needs to be put – if Wellington still doesn’t have a decent Convention Centre – even though Petone might be going to have one (stop laughing, it could happen) – nor does Wellington have a decent medium size music venue (the TSB arena is good for basketball, yes, but crap for music), then should we be aiming for a new hall that provides:
decent music venue
decent convention centre
accommodation for the Mayor and Council meetings.

The next question is: is that the site to do it on? Seems cramped to me!

So – even if you were to demolish the Town Hall, what should you do to the remaining space? Aaargh! Its all too hard! Maybe just restoring the Town Hall is the simplest option after all?