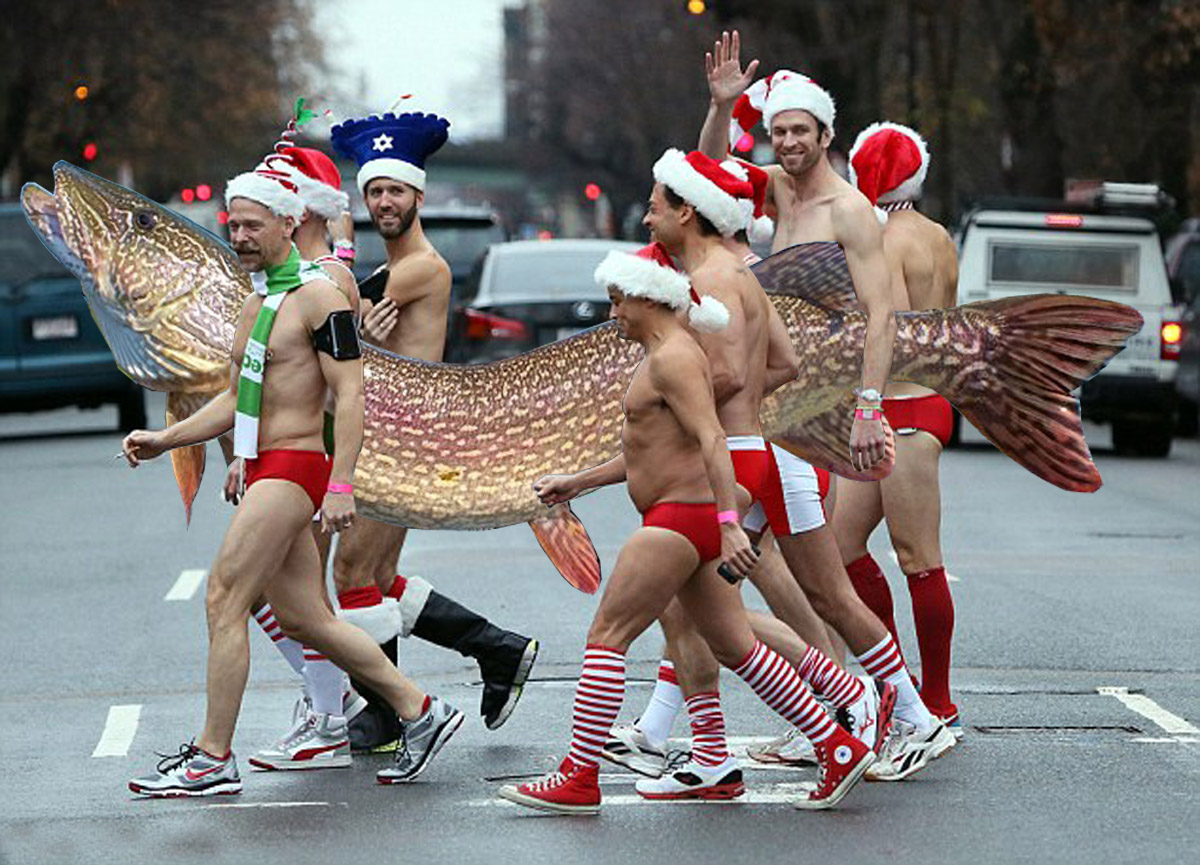 And so it was, one bright and sunny summers day, that the happy elves at the Eye of the Fish decided that they would pack it in for Christmas, once more, and enjoy a well-earned break. They grouped together and gingerly picked up the old Fish, and dressed only in their festive Yuletide swimwear, carefully carried the Fish across the road, to deposit Fish safely in the water on the other side.

Farewell you grumpy old Fish they cried, and then they sat down, and they cried. No one was listening any more, and people now preferred to twit and tweet about twats, which seems a pointless activity, even more pointless than blogging… The old Fish realised that it was once again near the end of a very long and tiring year, and thought that a nice cold drink and a plate of fishy nibblets would be a good idea. He burst up out of the water, crying Merry Fishmas! even if no one was listening. And a very Merry Fishmas to you too, he thought to himself.

But just when he thought that it was all over, what was this? Santa? In December? In Wellington harbour? What will Santa be pulling up on his carbon fibre rod in the new year? Who knows? And quite frankly, who cares! Maybe, just maybe, see you next year.