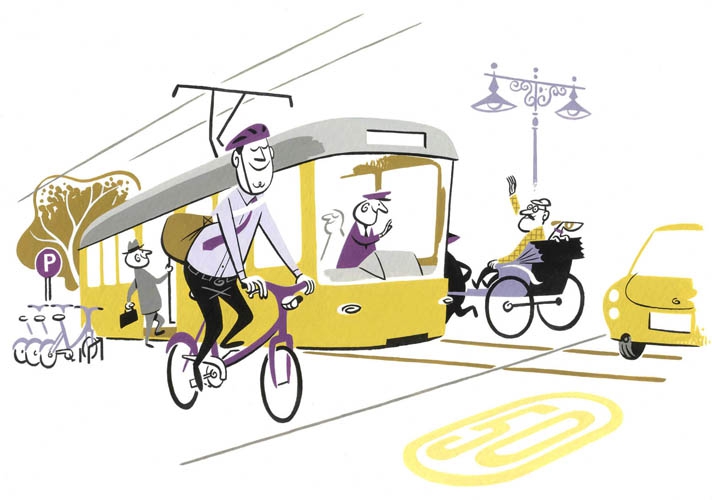 Buying the latest copy of Monocle the other day, as one of the few quality, intelligent, and witty magazines out there, I could not help but notice, once again, that Wellington does not feature at all in their list of the World’s Top 25 Cities for Quality of Life. Nor does it feature in the Economist magazine’s similarly titled list. Yet we know that Lonely Planet has already dubbed Wellington as “The Coolest Little Capital on the Planet” or something like that, and Wellington has now just overtaken Auckland as the most popular destination that NZ domestic passengers want to go to. That’s beating Queenstown, Rotorua, and Auckland, of course.

We all know (well, when I say “we” I mean those of our readers who live in Wellington) that Wellington already has some incredibly wonderful natural resources that help to make this city Liveable, and frankly, we here at Eye of the Fish think that a major international campaign needs to be started to get Wellington onto the list, and up high on the list, and one day, even perhaps to the very top of the list. Especially because, and this is the thing that boils my stone-cold fishy blood, that , Auckland, has appeared on Monocle’s list of world’s most Liveable cities. Which, to be honest, I think we all know, is just absolute bunkum. Having lived in Auckland for a while, more than I would care to admit, I can faithfully confirm that it is in no way a pleasant place to be unless you happen to live in an inner suburb, have a boat, and a car to get around, and it is getting worse rather than better. If you can’t get to work in the morning within a reasonable time, or can’t get to the airport without a $100 taxi fare, or can’t afford to buy a house unless Daddy owns a law firm, then sorry guys, that’s just not a city with good quality of life to me. but rather than bitch about how bad Auckland is, let’s just concentrate on getting Wellington upon the list instead.

So, who is on the list at Monocle this year? here is the top ten…
#1 – Copenhagen, the first place winner three times now. Well-deserved.
#2 – Tokyo, which for a massive megalopolis is an incredible vote of faith.
#3 – Melbourne, just over the ditch, and just like Wellington, only bigger. Please note, that Melbourne is in the top 10, and Sydney is not…
#4 – Stockholm, again, well deserved, great city to live in.
#5 – Helsinki, which probably deserves to win on quality of architecture as well…
#6 – Vienna, superb patisseries, great public housing, and everyone wearing more fur coats than you could shake a stick at. Not a great city to be a fox in…
#7 – Zurich, which last time I was there seemed to have a heroin problem, but evidently the city has collectively kicked that habit.
#8 – Munich, home to beer, BMW, and the world’s finest pretzels.
#9 – Kyoto, luxuriantly green and full of old temples.
#10 – Fukuoka, somewhere in Japan that I have never been.

So, that’s a list that is top heavy with Scandinavian and Japanese cities, well done for Melbourne to making it into the top ten. The list varies each year – last year Auckland was in the top ten, which to be honest must have been because of a bribe – and you’ll notice that there is nothing from America, north or south, in the top ten. Now, for the full list, you will of course need to go and buy your own copy of Monocle, but I think that it is worth looking first at what the ratings are based on – apart from just Tyler Brulee’s individual whim and fancy of course. They (Monocle) note the amount of Sunshine hours, Book Shops, Charging Points, and then the number of Murders and Break-ins. Interestingly Auckland is the only city on the list that does not have a number for Book Stores, and instead has Green Space (832 sq km, apparently). Other things that Monocle check for are Population, Daily Newspapers, Museums/Cinemas/Art Galleries, percentage of Rubbish recycled, number of McDonalds outlets, Tolernace of Nationalities, Architecture, Public Transport, when do the public parks close, and whether the city is a stickler for rules or has a relaxed attitude.

Auckland comes in at #12, which I just think is daft, and indeed the wonderful and highly patronized Auckland-run Transport Blog has also done a recent post on the same subject ie Monocle’s list of best cities – click here to link to that. What I find interesting is the comments from one of the editors, Patrick Reynolds, who is both an architectural photographer (one of NZ’s best) and an urbanist (both his parents were excellent architects), and evidently, a pretty good advocate for better public transport as well. Reynolds says in the comments section, in response to someone who says that Wellington should be on that list (no, wasn’t me):
“Oh I think Wellington has long had that position in NZ [Honourable mention for Dunedin]. Not so much including the often rather strange ex-urban sprawl that has be added more recently, but Welly has been our most urban place for decades, and, frankly, is an outlier with itâ€™s rich and varied movement options. Not to mention the huge number of nationally funded cultural institutions which means it has a richness way beyond its scale. Recent decades it has hugely improved it waterfront but also reinjected life into the inner city with often interesting residential additions to commercial buildings, but it has always had a intensity born of geographical constraint that also provides a stunning setting.
Quite clearly Matt is looking forward in his last sentence about Auckland. And in this I agree, not versus Wellington, but rather in its own terms, Auckland as a city is now on the verge of a huge reinvention. It is an exciting moment to be involved in.”

That’s rather good of you to say that Patrick, thank you. Because you are being so nice, I’ll go back and delete my rude comment about Auckland… He then goes on to say:
“The streets priority is nuts in Welly; pedestrians and cyclists get nothing. And itâ€™s so fixable, They have angle parking on some city streets! So much width to play with and thereâ€™s hardly any traffic, FFS.”

I won’t go on to copy the rest of the comments – you should go read them yourselves – and anyway, back to the Monocle report. I’m just going to list down a few of their items from their list of what makes “The Perfect Fun Town”
01 – Pedestrians a-plenty
02 – Fresh Art
03 – Outdoor eating
04 – Getting out and about
05 – Planning
06 – Park Life
07 – Pick your ball sport
08 – Sport City
09 – Deeply dippy
10 – Cycling on pavements
11 – Barbecues in parks
12 – Late night free openings in museums

More about those in up-coming posts, but worth noting that we are not doing too bad on that list already.

Note: Illustrations all from Monocle off the web – hope they don’t mind – by their wonderful illustrator Satoshi Hashimoto – thank you!

Slaters in the woodwork