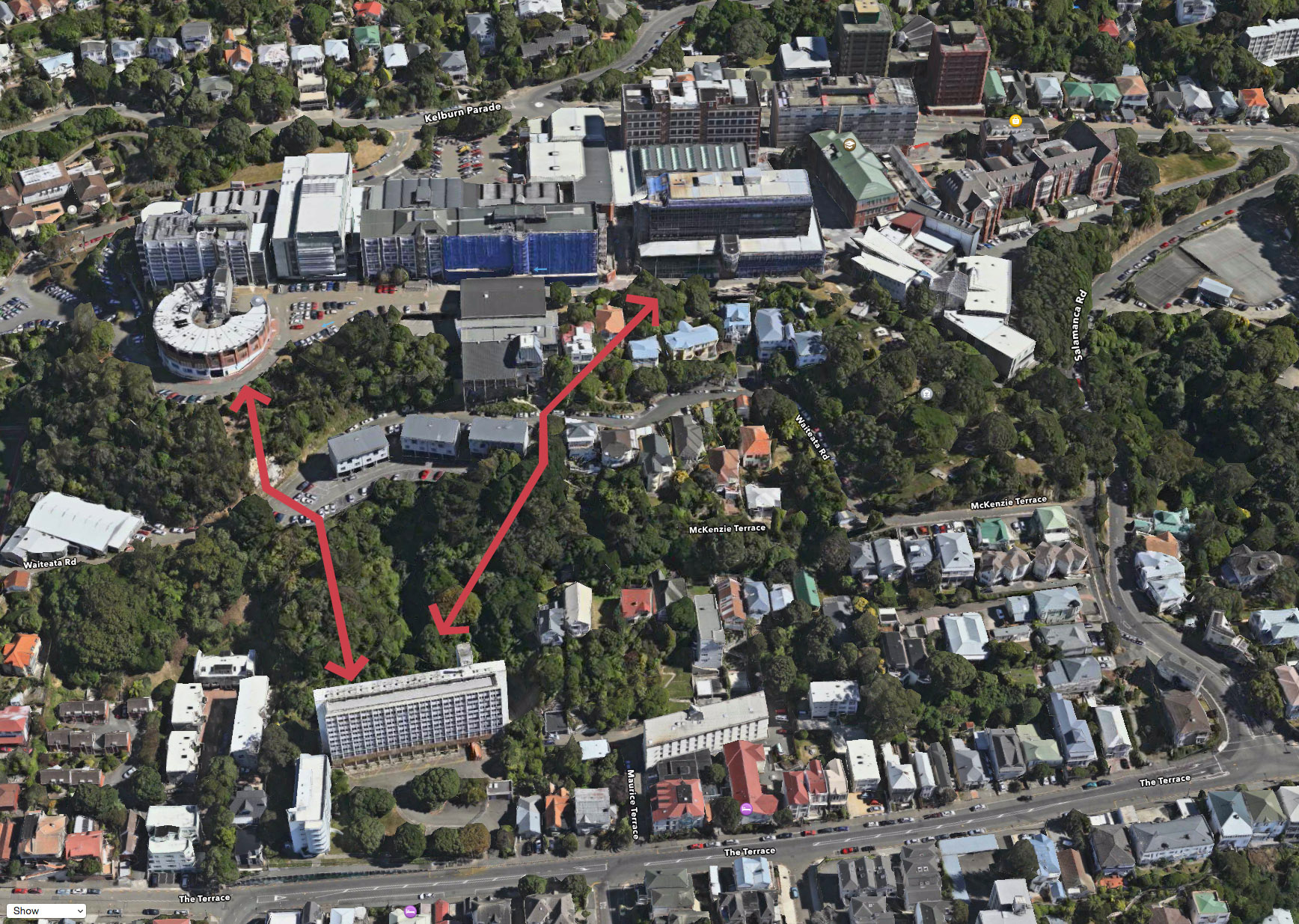 There was an article in the paper the other day, how Victoria University had bought, and was going to demolish, the “Gordon Wilson flats”. Apparently they are structurally unsound and so deserve demolition. If removed, “It is envisaged that the site would be Victoriaâ€™s front door to the city and provide a safe and attractive public pedestrian link route between the University and the City.”

Now that sounds like quite an interesting proposition. A front door at the top of Ghuznee St – and just imagine – a lift going straight up to the heights at Kelburn? What a great idea – maybe not a lift even, but some stairs up, or a really long, fast escalator – or a slide for coming back down again! Yes!

Only thing is – I don’t know what building they are talking about. I thought they meant the Dixon St flats at first – which surely would raise some howls of outrage if that was proposed to be demolished – but no, the report definitely called them the Gordon Wilson flats. There are a couple of apartment blocks nearby, at the south end of the Terrace. Is it one of these? I thought they were called McLean flats? Or maybe they’re not. Can anybody advise?

Post-script:
Thanks for the clarifications Andy and Pauline – I thought that whole development (ie both buildings) was called the McLean flats, and I couldn’t figure out where the Gordon Wilson flats were. I’ll include a couple of photos in case any one else is confused (perhaps it is just me?) but I am also intrigued by the Uni’s assertion that one day they will have the old flats site as a “front door” to the city. I’ve done a quick pic, based of an aerial maps pic, which indicates two possible routes. Who knows what they are thinking of? They could go straight up the middle, or could angle left up to the new “Gateway” building that is under construction on Kelburn Parade – or perhaps they would prefer to aim more northerly, towards the older parts of the University. Either way, one day, it could be an interesting project.