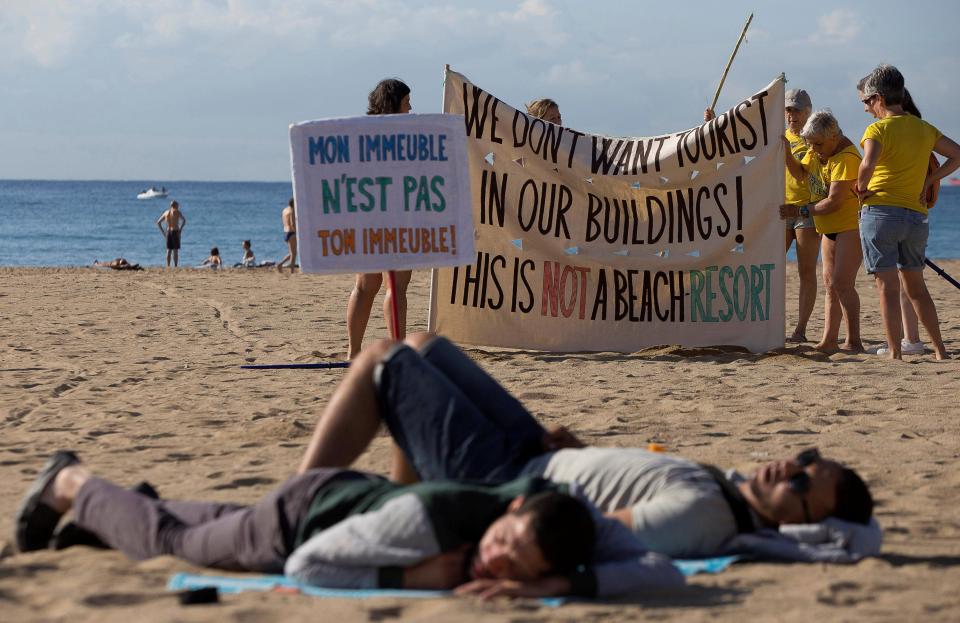 Sometimes it feels like that we are at the end of the earth, away from all the troubles of the northern hemisphere – and to a large extent we are. Modern media means that we hear about these issues instantly, but in reality, most events there do not directly concern us. Indirectly, we feel it strongly, but actually? Meh! We can ignore a lot of what goes on. Trump being a dick again? Ignore. Brexit bothering you? Why bother? Celebrities without their tops, or politicians without their pants again? Like water off a duckâ€™s back. We barely have any celebrities here (Auckland actors doing Shortland St really donâ€™t count) and when we do see them, we carefully shun them, in case either of us get embarrassed. Politicians here are mostly without scandal, or if it is slightly scandalous, they normally slink off quietly and we never see or hear of them again. And that is just the way I like it.

On another note however: tourists. Once again, we are lucky, being a small country thousands of kilometres away from much of the rest of the world, and that â€˜tyranny of distanceâ€™ works both for us and against us. For most of this countryâ€™s existence, we have been too far away for others to come casually visiting. That changed a little, first with Kupe (seven waka in one week! the weka wondered!). Then a rush from the Wakefields and Gibbons, of several thousand, and of late, weâ€™ve been getting consistently record highs in the number of tourists. I can remember, long ago, when some bright spark at government mentioned the notion that one day in the far off future we could get as many as a million tourists a year – and they were broadly laughed off the face of the planet. At that stage we were getting something in the order of 50,000 tourist visitors a year, so one million sounded ridiculous. Now, of course, we get well over 3 million visitors a year, and itâ€™s climbing.

Back in the 70s, of course, nothing was cheap – people went on a two-year OE because they could only afford to do it once in a lifetime. Visitors to New Zealand were mainly family friends who often stayed for months. The concept of visiting for a weekâ€™s holiday was totally unheard of – and Aotearoa continued to be the most cut-off corner of the planet (possibly with the exception of Antarctica). Visitors mainly came from where our population had come from – Britain, and white Britain at that. Country of origin: Yorkshire, or Scotland, or Kent. In those days of 50,000 annual visitors, who all drove on the same side of the road, and talked pretty much the same, tourists were largely invisible. NZ tourism was domestic tourism, and we all went to the same summer holiday spots together.

In 2017 it is all very different, and we are at last starting to suffer from the ravages of tourism. Its a double-edged sword. We may have only 3.5 million per year, but thatâ€™s almost as much as our population, and so tourists are starting to get noticed now. Thatâ€™s around one tourist per resident, but spread out over the whole country. Weâ€™ve got it light and lucky compared to somewhere like Amsterdam, which has been firmly Amster Damned by around 18 million per year in a recent count, in a city of just under a million. The city is suffering as a result. Mostly driven by super cheap flights, the promise of available cannabis, red light hookers, free-flowing booze, and often comprised mainly by hormonally driven Poms on a stag night or hen night, the ready availability of Amsterdam just across the Channel from Pongoland has taken off in a rather unpleasant manner. Vomit and drunkenness everywhere, and more people falling into the canals no doubt. Luckily, for the most part, we get older, slightly more wiser Poms, and we have less of the whole weekend stag do available to visitors.

But things change, and it was, after all, only about 40 years ago that we thought that one million a year was ludicrous. The problem with tourism is that it changes your economy for ever. In a stable system, free from outsiders, things reach a balance. Shops cater for residents, so butchers, bakers, fruit and veggies stores can flourish. In a tourist economy, thatâ€™s turned on its head. Stores begin to cater mainly for the things that only tourists seem to want – paua-shell ashtrays, paua-shell key rings, and carved motives (made in China) with vaguely Maori-esque swirly patterning. But what is a tourist to do? I know when Iâ€™ve been a tourist and gone to a far-off country, that I try and buy things that are part of the everyday commodities. Bread, cheese, tomatoes, and a local beverage taste so much bette than a Big Mac shipped in the same all the world round. I once smuggled home a cheese from Pag, a mystical place on an island off the coast of Croatia, where sheepâ€™s milk cheeses have been made since before Roman times – and it was divine. The cheeses are made by small-holding farmers in the same manner for the last two thousand years, and I really wanted to support the locals – but whatâ€™s the bet they are now selling Kiss-Me-Quick sunhats and ice creams to German tourists who only want to do nude sunbathing on the island (Iâ€™m not being racist – the Germans love Croatia – so much so that they have invaded it several times in history, but now mainly just rent timeshares or AirBnB it).

We’ve successfully got rid of the culture of binge-drinking in February (whether intentionally or unintentionally, the Rugby Sevens are history from Wellington), but do we want to replace it with more? What do you think? Should we embrace more tourism, or draw the doors shut tighter before it all gets out of hand?