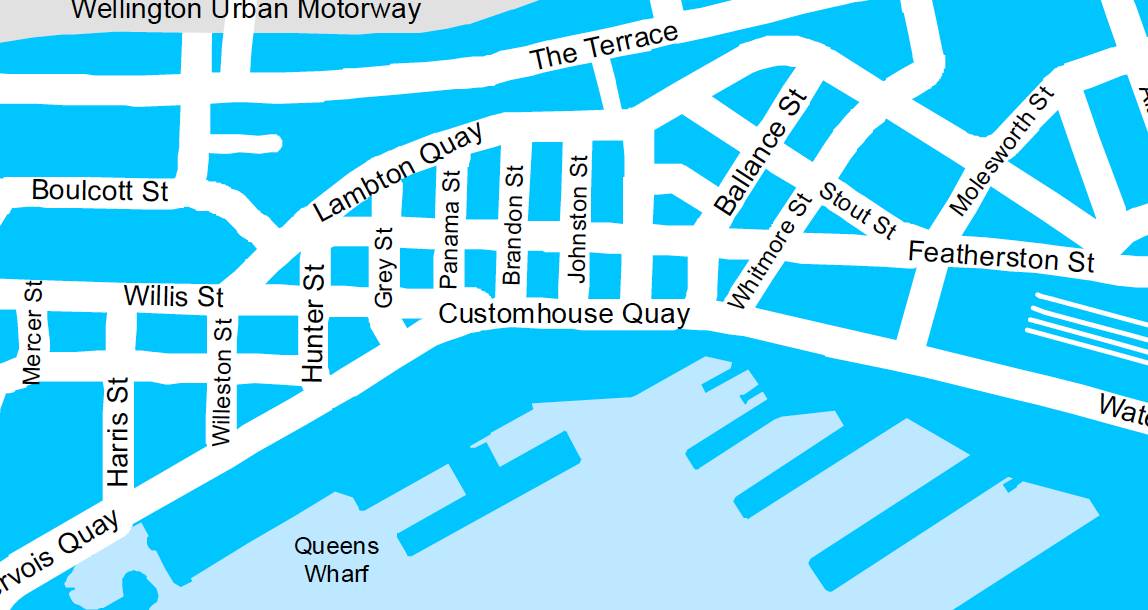 A quick post today to briefly introduce the subject that seems to have got some people excited: that the WCC has hired Space Syntax to map out conditions in Wellington’s CBD. I’m a bit rusty on all that, so I have to go and do some research into the subject: of which, more soon. But it does seem to have had some startling results already: namely that Sir Bob Jones and the Vibrant Wellington organisation has pulled out from putting forward a candidate for the Mayoralty.

That seems to be a real pity – Bob has been a catalyst for some interesting political wrangles in the past, and I had thought that a team featuring Bob would really spice things up. We blogged a bit about it back in November last year, and presumably the “Vibrant” team have been searching for a suitable headlining candidate ever since: but without luck. Kerry obviously hasn’t come over to their team, Celia Wade-Brown is presumably just too Green for the likes of Ian Cassells, Bob Jones and Eyal Aharoni to stomach, and Jack Yan apparently hasn’t grabbed them either. The Vibrant Wellington website has lapsed completely – if they can’t afford $50 a year for the name, then it is pretty obvious their heart is not in it. Of course, if they were to front with one of their show ponies as head honcho (Jones, Cassells, or Aharoni), then they might have had a showing – but they’re all just doing what good businessmen do: making money for their business.

The Fish is a little disappointed that our invitation to the press conference appears to have been lost in the mail: it sounds as though it was full of fun, with Mayor Kerry saying she “supports the Golden Mile remaining the pre-eminent public transport route through the city”, and then Sir Robert “yelling” out:

And so, I guess, that is the key point right there: does Wellington have its “heaps of streets” in the right place?

Well, probably, no. As can be seen by this tiny part of the map, Wellington has a real problem: at out most pinching of our pinchpoints, we have only 3 roads: the Waterfront, Featherston St, and the Golden Mile. And if you take one out (ie, say, Lambton Quay) for pedestrians only, and prioritise another (say, Featherstone St) for Public Transport (ie buses, trolley buses, light rail / whatever), then that leaves you with just one solitary route for cars: the Waterfront.

Of course, the traffic that currently roars along the waterfront isn’t meant to be there. It was meant to have been solved by the introduction of the Inner City Bypass – but we all know now what a tragic cock-up of traffic planning disaster that has turned out to be. Certainly the answer for me there is: don’t get traffic planners to solve the city’s pedestrian problems.

So: bring on the Space Syntax crew. The Fish has its tail all a-quiver: just can’t wait to see what they come up with.