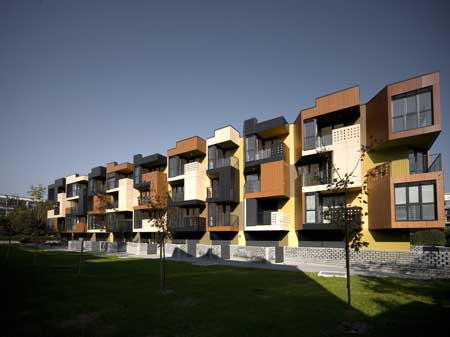 There was a time, before my time, when Architecture would get involved with politics. When to be a Modern Architect, meant that you ascribed to certain political beliefs as well as architectural ones, instead of just designing cute looking buildings in a fairly squarish sort of style.

That view has pretty much gone now, although there are the odd spot of political posturing by those involved in Architecture. Sometimes the Arch Centre gets a little grumpy, but it doesn’t have enough muscle to get really political. The NZIA is a pretty non-political animal, aside from the debacle a few years ago when they cocked up the review of the Architects Act, and the Select Committee went all feral on them, and changed the carefully laid course of history.

However, some things are slowly changing. The magazine NZ Architecture – sold to AGM publishers some years ago and so not an official NZIA magazine – has recently published an extensive article on the review of farming tenure on the high country in the South Island. Its a very well written article – sorry, can’t remember the author’s name – but what is fairly amazing is the fact that :
A – it is got absolutely nothing to do with architecture, but heavily to do with politics, and
B – it is heavily critical of the government.
C – it has been proudly published by John Walsh, the editor, who appears to have more guts and moral fibre than most architects.

The argument goes that there is a concerted selling off of High Country land, and that this is a highly dubious practice, out to improve the lot of Farmers, but to do nothing but make a loss for the NZ Government and by proxy, the NZ public. That’s not such a huge surprise really, being as we have a rabidly right wing government hiding behind the soft smiley face of the ever-cuddly John Key, but what is more of a surprise is that the Maori party, by now tucked up firmly in bed with the Nats, haven’t been jumping up and down. Can someone up North please send Peta Sharples a copy of NZ Architecture please, in case he hasn’t read it yet? If people are worried about the Crafars selling land off to the Chinese, then they should be just as worried about public land being sold off to private interests.

The architect’s chatlist, of course, has been totally silent on the subject – preferring, as usual, to debate the finer points of architecture such as plotters for sale and adverts for athiests on the side of buses. I’ve been watching the chatlist with one eye open lately, to see if they would pick up on it, but no. Sadly, it is now a pretty much pointless medium for discussing much beyond Font sizes, and if anyone has a recommendation for a good roofer in Whangerai. Mind you, there has been a spectacular amount of verbiage by Roger Hay (as always, it is essentially the same point, made louder and louder with more underlining), on the need to repeal the current Building Act. It is a pity that he didn’t succeed in his bid to become a Councillor for the NZIA, as he would have been a political force to be reckoned with, by the sounds of his online ranting.

In a similar manner, there has been an exchange of views down in Canterbury recently, with writer John McCrone writing a piece on architectural treasure Peter Beaven (not published on line, but available The Press, 27 March 2010), and then that prat from Demographia, a certain Mr Pavletich, totally dissing Beaven’s views. Beaven quite fairly pointed out that part of the reason for leaky buildings was the lack of care taken with building them, and that more money spent building apartments would probably lead to better quality apartments.

“As is the case with most architects, Mr Beaven’s understanding of urban and development / construction economics is not impressive.”

Pavletich then quite nastily leaped in to attack Beaven, and got on his old hobby horse, arguing that the answer to Christchurch’s housing issues was to be able to build more cheap houses on cheap land at the edge of town. This is apparently OK because there is no such thing as sprawl, and they build houses cheaply in Houston, Texas. Quite how that works, I’m not sure, but I’ve been to Houston and its a horrible place, especially in the suburbs. Why anyone would want more of that is quite beyond me.

Still: it is good to see architects actually making their views heard, even if it is only 2 ancient old blokes doing this so far. What we need is more!