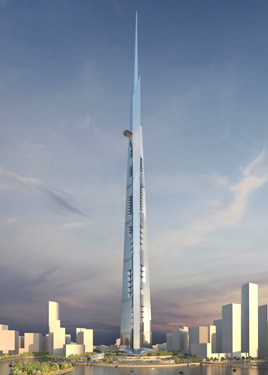 We sit here today at the start of what could be just another week, or what could be a week of financial meltdown, with the US monetary system in potential (further) calamity. Little old New Zillun is unfortunately at the head of the queue on this one, with the downgrading of America’s credit rating occurring last thing after the bell on Friday, and the NZX being the first to open in the world. First to see the light? First to have to decide whether to panic like startled cockroaches, or whether to flee like rats, while the whole world watches. NZ could actually turn the whole shebang around if it wanted to – put on a brave game face, and have a lovely day at the stock exchange, with a modest rise etc, giving confidence to the world markets. But we all know that when the Asian markets open after us, they’ll flap wildly like a chicken in a Kowloon food market, and then the European markets will follow, with Italy having a VERY bad hair day, and then, tomorrow morning our time, the American market will likely tank – possibly never to be seen again.

So it is at times like this, in the face of impending financial gloom, that we once again look to the size of the towers being planned, as an indicator of who or what is over-inflated in the construction market. There is a well-correlated connection between size of towers proposed and size of financial collapse – we looked at it last time in October 2008, when the Burj Dubai was under construction, but it is finished now and the world has not collapsed. Our other indicator was the shortness of the hemline, again being a sure-fire indicator of impending financial collapse – and, I dunno, have you seen any short skirts around recently? Well, just a few, although short shorts seemed to be raising eyebrows the most as of recently…

But seeing as this blog does still try to be G-rated, rather than R, and limiting my google searching for “short skirts” so that I don’t get black-listed by Telecom, then it is on Tall Buildings that I’ll concentrate on, rather than disappearing hemlines. If you want to read a link between tallness and financial collapse of world markets – look no further than August 2nd, when proposals for the world’s newest, tallest building were unveiled, and August 4, when markets started to crash. Yes, the Saudis are behind this one – bankrolling the bid to build the Kingdom Tower in Jeddah.

At over 1,000 meters tall and with a total construction area of 530,000 m2, Kingdom Tower will be the centerpiece and first construction phase of the Kingdom City development on a 5.3 million m2 site. The towerâ€™s height will be “at least 173 meters taller than the worldâ€™s current tallest building, Dubaiâ€™s 828-meter-tall Burj Khalifa.” The project was announced by His Royal Highness Prince Alwaleed Bin Talal Bin Abdulaziz Alsaud, nephew of Saudi Arabiaâ€™s King Abdullah and chairman of Kingdom Holding Company, which is a partner in Jeddah Economic Company along with prominent Jeddah businessmen Samaual Bakhsh and Abdulrahman Hassan Sharbatly and Saudi Binladin Group (SBG). SBG is also the contractor for Kingdom Tower, and yes, that’s bin Laden as in the (late) destroyer of a couple of tall buildings, a Mr Osama bin Laden. “Design development of the tower is under way, with construction to begin imminently. Foundation drawings are complete and the piling for the tower is currently being tendered. Kingdom Tower will cost approximately $1.2 billion to construct, while the cost of the entire Kingdom City project is anticipated to be $20 billion.”

Quite why the Arabs princes are that keen on getting into very tall buildings when they don’t even have to go to work is all a bit mystifying, but nonetheless, what is even more interesting is that the designer is listed as Adrian Smith and Gordon Gill Architecture. Didn’t the design of tall buildings used to be down to big corporate companies like Skidmore Owens and Merrill (SOM have been around since the 50s and are one of the biggest architectural companies in the world)? SOM were of course the architects for the current world’s tallest building, the Burj Khalifa, in Dubai. If you’ve never heard of AS+GG as one of the world’s tall building specialists, don’t be concerned – pretty much no one has, until now. Indeed, the developer of Kingdom City, Jeddah Economic Company (JEC), selected the AS+GG scheme after a lengthy competition process in which SOM, Pickard Chilton, Kohn Pedersen Fox, Pelli Clarke Pelli and Foster + Partners also participated.

The story becomes clearer when we read that Adrian Smith used to work at SOM, was the designer of the Burj Khalifa while he was there, and his experience in super-tall tower design at SOM also includes Jin Mao Tower in Shanghai, Wuhan / Nanjing Greenland Financial Center in Nanjing, China, the Trump International Hotel & Tower in Chicago and the Pearl River Tower, nearly completed in Guangzhou, China. It seems that Smith took the project for the Wuhan Tower with him when he left SOM – which must have been a pretty massive hit for SOM’s ego as well as bankroll… But the new Kingdom tower is a little less phallic than the giant dildos of China – it is almost good looking, and arguably, highly Frank Lloyd Wrightian. Smith put it like this:
â€œOur vision for Kingdom Tower is one that represents the new spirit of Saudi Arabia… this tower symbolizes the Kingdom as an important global business and cultural leader, and demonstrates the strength and creative vision of its people. It represents new growth and high-performance technology fused into one powerful iconic form…. With its slender, subtly asymmetrical massing, the tower evokes a bundle of leaves shooting up from the groundâ€”a burst of new life that heralds more growth all around itâ€

So: under an hour to go until our market opens. Is that new growth going to be manifesting itself here, or is it all downhill from here?