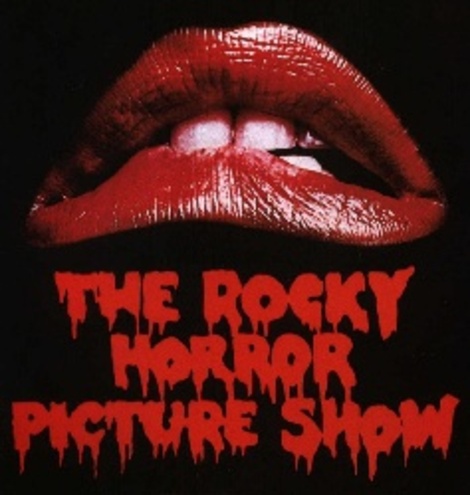 Moving on from works on the Rock, its surely time for a quick segue to a recent event held here in Wellington – the Rocky Horror Picture Show. The Fish didn’t actually get there this time (could there be anything more ridiculous than a fish in suspenders – and fish-net stockings!) but it is a vital part of Wellington’s urban night time life style, which we seem to lap up with alacrity. Mmmm, lapping… Anyway – some pictures:

I’ve grabbed some of these images of the Wellington event at the Embassy Theatre from James Everett’s photostream at Flickr – hopefully he won’t mind as I’m crediting him and linking it to his site – and I have no idea who these people are, but they look magnificent – obviously a huge amount of energy and talent in the dressing up and makeup.

If you have photos of this event you want to send in to the Eye of the Fish, please just email them to us at contact @ eyeofthefish.org – I know that some of our regular readers were there, although I’m not sure how much publicity they want on this satorial experiment. Not everyone wants to be publicly exhibited in their stockings and underwear, although of course others may think there is nothing better, like this young chap, who seems quite splendidly at home in ill-fitting lingerie…

The Rocky Horror Show – and the Rocky Horror Picture Show – are the type of cult classics that just keep on giving. Like so many cults, starting off as a bit of a flop, over time it has grown a loyal and huge audience, with a saucy mixture of transvestite sexual appetite including Susan Sarandon revelling in her sexual dawn (and best film role until Thelma and Louise):

But this is the sort of truly creative event that makes Wellington the place that is so absolutely positive, and the reason we stay here – despite of the interminably crap weather we are having at present!
Anyway: to round this off, a Toast ! To a life that’s a little bit Rocky !