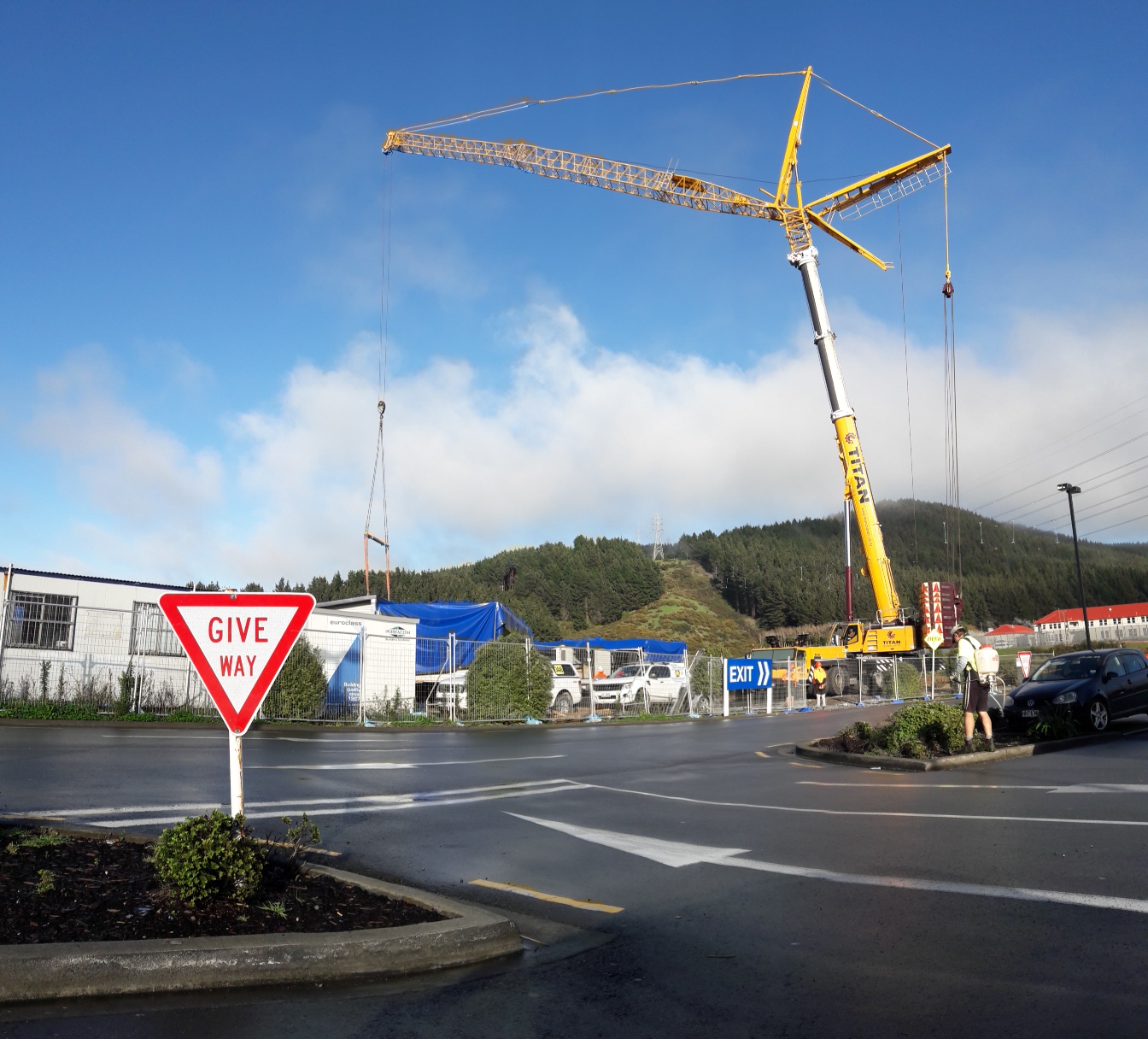 Rebirth of the Matrix homes?

Our fears of the Matrix homes abandoned at Tawa for an extended period of time do not seem to have become true, for a sharp-eyed regular (the one and only mysterious Sea Monkey) sent in these two pics, of a giant mobile crane moving houses around at Tawa yesterday in the balmy weather.

It’s the big Daddy of all the Titan cranes so it means that someone is sending some cash out on the site – I’m hoping that some of the houses were perhaps being moved into permanent position, or that perhaps more prefab sections were being moved onto site, but as far as I’m aware, there are still no permanent foundations for the houses to sit on.

Anyone with any further info?