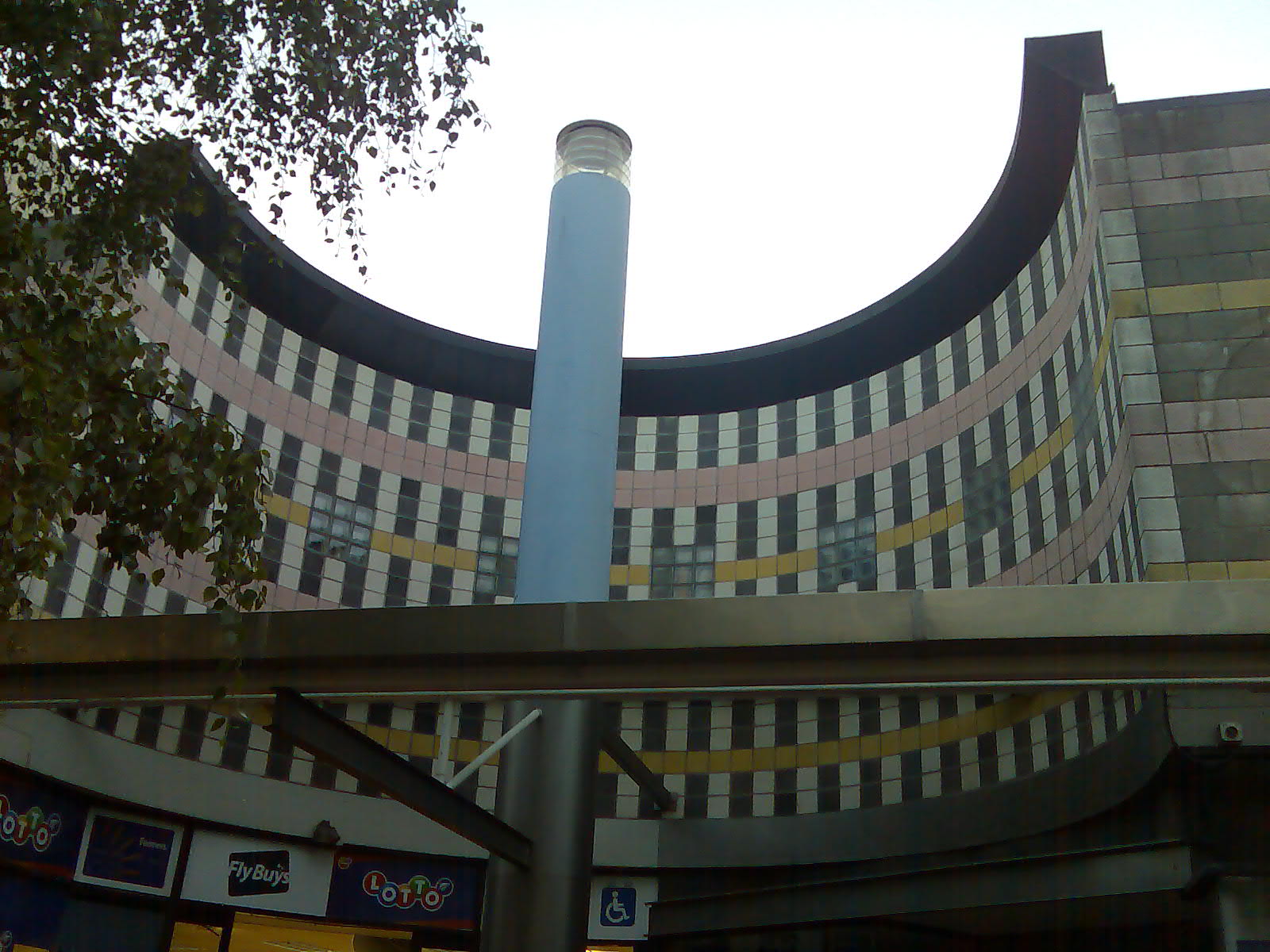 Since the one day symposium last year on the architecture of the 1980s, I’ve been paying more attention to buildings from the 1980s. At first I was somewhat incredulous that we should be looking to celebrate the architecture of that decade so soon after it occurred, but then I realised that as the birth decade of full blown PoMo in NewZild, there are going to be a few classics thrown up, as well as a fair bit of Rheineck. There are of course many tall buildings around the city, with obligatory classical references, and pointy tops, and all manner of pediments and impediments to good taste. The ‘Modern’ and all its good building manners were, briefly, thrown out with the sawdust, but thankfully, they seem to be back now with a vengeance. Some people at the conference were discussing 80s housing, others 80s multi-culturalism, 80s mock-deco, 80s mock-doco super-soap Gloss, and there was even a brief flirtation with 80s Chase Corp buildings. Most of the 80s were, as far as I can gather, spent dressing in pink and grey, with big hair and bigger shoulder-pads. Since then, the buildings have mostly been re-facaded, re-painted or de-molished. But, no doubt, one day even some of these buildings will be considered for listing as examples of ‘the Decade that Taste Forgot‘. It got me wondering: What’s your favourite 1980s building?

One of my favourites is the building formerly known as Hallensteins in Cuba St, resplendent in poly-chromatic blockwork. Although Hallensteins themselves have shuffled off down to a busier corner, the building still retains the mark of the H on its walls, and has been promising for about a year now that a new shop-front is coming soon. Personally, I don’t see anything wrong with the old one. I’ve absolutely no idea who might have designed this building, although I have a feeling that it may have been featured in an Architecture NZ magazine from decades ago, when the blockwork was crisply white and pink. It must have been an architect, as the blockwork is all stack bonded. My guess, from the particular shade of pink used, and cross-referencing it to Simon Praast’s socks in Gloss, would be 1987.

The building itself is, the more I look at it, an 80s version of a 30s deco style. The lighting column out the front is similar to the lighting pylons marking the entry in some 1930s buildings, the curved recess of the entry space sits respectfully around that column, the curved and gridded bands of checked black and white blockwork, the four small squares of glass block, and of course the banding of pink and yellow blocks – this design is, I believe, completely unique in New Zealand. It brings a smile to my face each time I see it, and with a bit of luck and an enlightened owner, a decent clean-up would see it getting the recognition that it deserves.

So: What is your favourite 1980s building?

Speaking of things that taste forgot, just briefly, before the Oscars are announced tomorrow – is it just me, or does anyone else agree that Avatar is one of the worst films ever made? The film stock may be 3D, but the script doesn’t even make it to 2D. Out ranked in its pap loathsomeness only by Titanic of course – shudder – they’re just so badly scripted and mawkish in their enforced overly patronising way. Is there any real reason why a completely different evolutionary path from earth, mammals and humans, should give the people of whatever make-believe planet it is, stunning good looks and pert bosums and just the addition of plug-in hair and blue skin? Give me Doctor Who’s aliens any day.