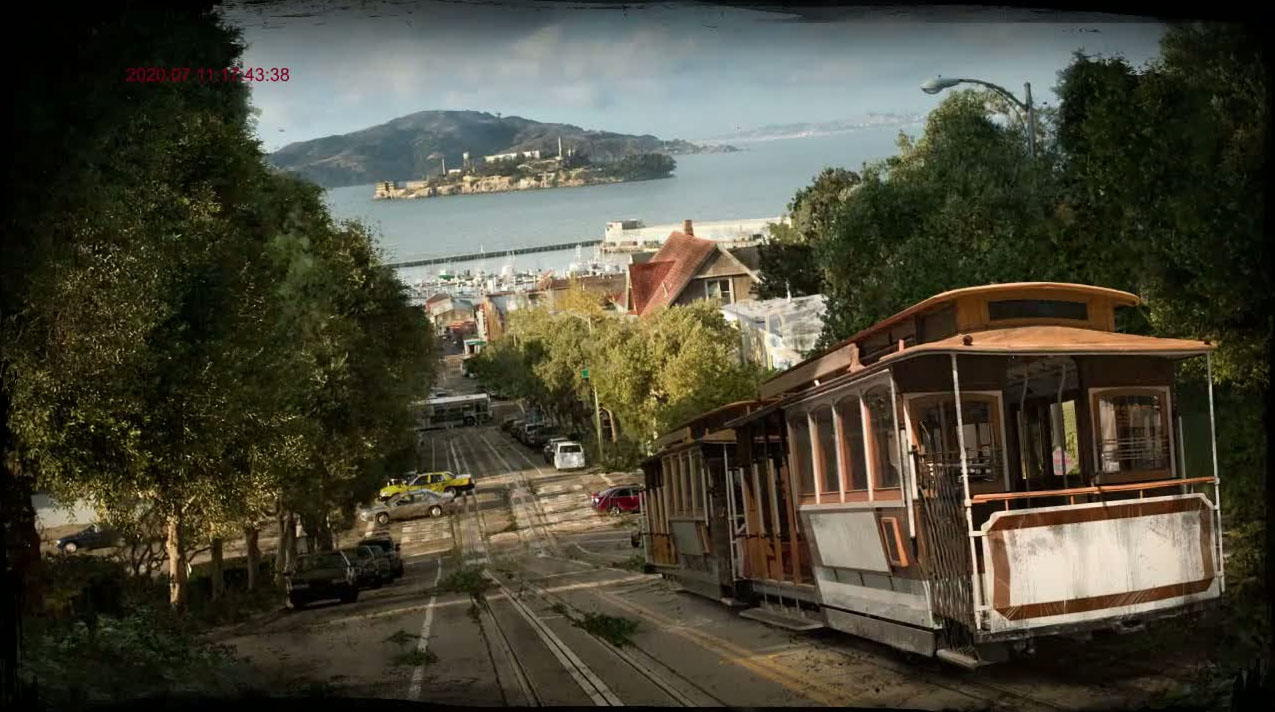 When the weather does nothing but rain, that’s a good time in my books to go to the movies. Pick a venue, go inside, and escape from the war-torn horrors of human aggression / reality into a world of cinematic make-believe, if only for a couple of hours.

Luckily for me, last night the Roxy was showing Dawn of the Planet of the Apes, which I probably wouldn’t have chosen other than – the time suited – it was on, and I was in a queue to buy a ticket. Does any of this have a relevance to a blog on Architecture and Design in Wellington? Oh yes…

If you saw / if you recall, the first one (recent, not the old rubber-monkey films of the 70s and 80s), starred chimp Caesar as a natural born leader for a troop of apes who have had enough of human meddling and I seem to recall they retreat over the Golden Gate bridge, wrecking havoc as they go. This time, the film centers around their new home in the redwood forests north of Sausalito, and for the first part, largely avoids the urban background of San Francisco. But then, humans come, and, predictably, badness and madness reign. Human beings are such shits really, seems to be the moral of the story, and I can’t agree with that more – a more unpleasant and destructive species never walked the earth before, certainly not to be trusted. Especially if you include John Banks. And perhaps only exceeded by cockroaches. But I digress.

I don’t want to give away much / any of the story, so it’s hard to talk about the film – superb acting, once more, by honorary kiwi Andy Serkis, playing Caesar – but for me, in a cinematic sense, the star of the piece was the realistic grunginess of the aging of a city. Recognizably San Francisco in every way, and yet clearly decayed from neglect, the visual department of Weta have performed an incredible task, of covering every surface with filth, grime, weeds and ivy. It’s a great advert for: “Do that Maintenance on Your Building Now.” Staying for the credits, it seems that half of San Franciso and Vancouver were involved in the shoot, along with several hundred minions of Sir Peter and Sir Richard in a converted paint shed in Miramar.

There is a certain sense of dystopian reality about seeing one of the great world cities gone to wrack and ruin – and I’m not talking about Christchurch – but what happens to San Francisco in the film, could so easily be a vision of Wellington, post-earthquake / tsunami / pick your own scenario of destruction. Marauding keas breaking out en masse from Zealandia perhaps. An avalanche of rebellious natural diversity – stop screwing our planet, their muffled, feathered squawks and beaks cry. Self rule for native species! The Majestic building, standing forlorn and in ruins (not that far from the truth perhaps).

But in Dawn of Planet of the Apes (DoPotA?) the city takes on a certain new hue. City Hall unveils its fine Capitolian interior to be under the grip of the process of rapid aging, clearly no longer subject to a maintenance regime of twice yearly wash downs. We’ve all seen the pictures of Detroit, and it’s slow, steady descent into decay and madness. Last week we saw the New Zealand version, admittedly on a different scale, of Raetihi dissolving back into the dust. If Wellington was to be hit by the big one, and Key moves the Parliament to Auckland, what would happen to Wellington then? Would we become a mere Shannon on the road to the ferry terminal? I’ve yet to look at the list of EQP Buildings on the WCC website, but we’ve got a lot of work to do.

Moving on to a separate subject, but linked – ie not about Apes, but about Film: what recommendations for Architectural films at the NZ International Film Festival this year? While the rain pelts down outside, I’ve been reading through the program, always amazed that friends of mine have bought their tickets already. With so many film choices on offer, and a limited supply of funds and free nights to choose from, how do they make up their minds so quickly? I’m not really one to watch harrowing depictions of difficult child-birth or parents slowly dying of in curable diseases, and there seems to be a larger than usual number of movies depressing about our fucked-up-by-the-multinationals-future (We Come as Friends, Virunga, Big Men etc), so does anyone have any recommendations for movies, possibly concerning life-enhancing doses of visionary architecture?