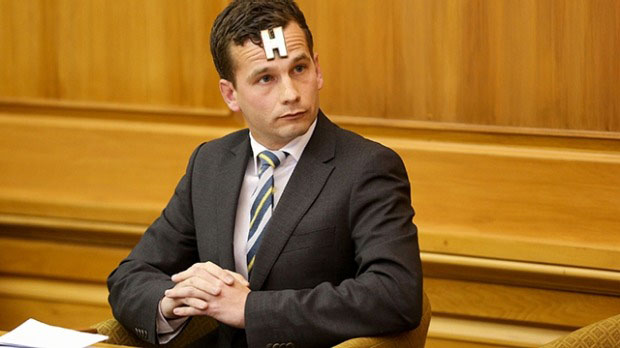 Seems like the ghosts of Nick Smith anti-RMA efforts are coming home to roost in his kauri trees already. You may remember that a few years ago (2009), the Eye of the Fish posted an article “Why does National hate trees?” in which the changes to the RMA were discussed, under the RMA “Streamlining” Bill. John Key’s government was very quick to pass legislation that banned the blanket application of protection orders to trees – ie a council could not say “all trees in this area should be protected” but instead had to separately note every tree and notify the public of every separate tree. Not surprisingly, as that would have taken a lot of work to do, blanket protection of trees was simply abandoned in Auckland. The Minister responsible for the RMA changes at the time was Nick Smith.

Auckland Council have therefore been entirely incorrect in that they could not save the tree. As it was individually identified and publicly notified as being special, it therefore took particular determination from Auckland Council to agree to its toppling, to treat it as less than special, and like any common weed, allowing it to be chopped down. Councils backtrack on RMA decisions every now and then, and face the music later – as any of us who have had altercations with the council can testify to. To worry over whether it is a 500 year old tree or a 300 year old tree is beside the point, although the person claiming that it was only a 70 year old tree is clearly either A) lying or B) heavily deluded. Pine trees don’t get that big in 70 years – kauri trees are far slower growers than pine, so clearly 500 years is much closer to the truth. My grandparents planted a kauri in Auckland in 1959, and it is still less than 200mm in diameter. The Council though has been silly about this case – perhaps it has even been deliberately provocative, wanting this to come back and cause a problem for the government that changed the law and made this tree chopping possible. Implicit in this madness is the ACT party, which back then said: “ACT believes in private property rights and in individual property owners being able to manage the trees on their properties in the way they see fit. There is nothing in the Bill that prevents a council from designating an individual tree for specific protection. In our view, the blanket tree protection has created a perverse incentive for individuals with trees on their land to cut them down before they reach a specified height rather than allow them to mature and be subject to the pruning and management obligations of the Resource Management Act.”

Meanwhile, National says: â€œClaims that National’s changes to the RMA have affected the Auckland Council’s decision on this kauri tree are wrong. This tree was specified in the current district plan and in the proposed unitary plan, meaning it required a resource consent to alter or remove it. There is understandable controversy over the Council’s decision to grant consent for the trees removal but this discretion always existed,â€ Dr Smith says.”

ACT has been silent at this current time. No surprising for a Hologram parading as an MP.

What has not been so prominent is that the people involved in the proposed chopping down are architects – both husband and wife, both architects, and presumably therefore both concerned about careful consideration of the designed environment. Certainly they sound like the most contrite, green-minded people imaginable. Amazing therefore, that they could even have thought of chopping the trees down in the first place. Now they say they won’t chop the tree, but they want someone else to buy it. Actually: I don’t buy that. The site is in a stunning location – with or without the trees. No Aucklander in their right mind would give up that bush-clad slope, that sea view, etc. Has Michael Tavares really won the day? Or is doom still waiting on the horizon for the young kauri?