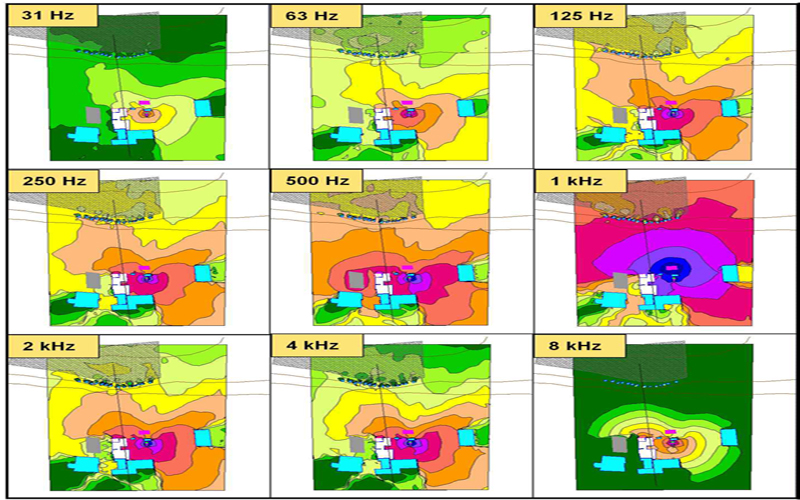 Its not just residents living near the Establishment that thinks living in the city can be a noisy affair. I’m overjoyed to hear that residents in Seville have also had enough of noisy visitors milling and shouting in the streets below. They’ve just passed a law about it in Seville, according to the Guardian, and hooray for them.

“It’s a balance between the right of residents to get a little rest and the development of economic activities,” city councillor Maximiliano VÃ­lchez told reporters.

“Locals have been urging the city to crack down on noise for years. In a petition last year, more than 4,000 residents asked, “Can you imagine what’s it’s like to have 100 people under your window screaming as they watch a football match? Our children can’t perform well at school. When we leave for work in the morning we’re already exhausted.”

“The rules focus on the city’s hundreds of bars and cafes, where patrons regularly crowd outside. Anyone having an “excessively loud” conversation on the street now faces fines, as do bar owners who set up televisions on their terraces or who serve patrons who are standing up outside. Bartenders will no longer be able to roll beer kegs in the streets or drag chairs along the sidewalk when setting up or taking down their terraces. Fines for those caught engaging in banned behaviour range from â‚¬300 to â‚¬300,000.

“Drivers were also targeted. Playing loud music while driving, having a car alarm that goes off for more than three minutes or revving car engines unnecessarily is now prohibited.”

Near where I live, we have a number of noise sources. There are regular police and ambulance sirens at all hours of the day, and we can’t begrudge that. There is traffic noise, of course, and with a steady hum, that’s understandable and I can cope with that. But waste-collection trucks? Since the days of deregulation, we now have many different waste companies, and some of the nearby businesses and residents use one company, others use another, some still use the original city collection, etc, and all of them have different collection times. The Waste Management guys prefer a night time trip. Bottles are collected from bars after closing, at what feels like 2.00am. Street sweeping machines go for 3.00am. A recycling paper company always goes for the 4.00am slot. The City Council comes round at 6.00 or 7.00 in the morning. Others, presumably, come and collect through the day, when we are all at work. All this on top of bars that serve alcohol till past midnight, resulting in a steady stream of intoxicated, squealing girlies and incoherently grunting boys, badly coping with an excess of testosterone and alcohol, washing up and down the streets from between 9.00pm and 3.00am. I find that the best time for sleeping is at 7.00am, when ironically noise is at its lowest ebb – just early birds going to work, with a steady hum of regular traffic, no alcohol, no rubbish collection, and the prime reason why i am late to work. But let’s face it: Noise at Chateau Fish is a 24-hour affair. Without a doubt, un-controlled noise is the worst part of living in the city.

New Zealand is fairly new to city living, and we are still finding our way about it, with rules and regulations. Other cities, especially in Europe, have been urban dwellers for centuries, and have already established firm rules for what is acceptable and what is not. I recall visiting a friend in Berlin a few years back, a renown party city, of which much of the city is intensely urban. As we were walking back through the city streets late one evening, talking and laughing, as you do after a few beers, an old haus-Frau opened up her shutters, yelled Germanic abuse at us, slammed her shutters again and the street was silent. We had broken the laws about noise in a public place. My friend explained that neighbors of his had summonsed the Polizei when he had inadvertently played music too loudly on a Sunday morning – they served him notice. It’s a serious offense in parts of Germany to make too much noise at inappropriate times.

But in NZ, if you dare to complain, the letters to the paper are instantly telling any potential complainer that – “it’s your fault, you moved to the city, you’ve got no right to complain, if you don’t like it then move back to the suburbs.”

Actually, that’s not a fair comment at all. We can have both urban dwelling, and decent quality of audible life, if some sensible rules are established, and the residents in Spain have started on the right track. We do need to establish some ground rules, in my humble opinion, between audible activities between midnight and six in the morning, at the very least. Preferably, for my part, I would do the following:

– Ban leaf-blowers at all times, for ever. Stupid, pointless, noisy machines. Inventions of Beezlebub, the Devil’s spawn instruments of hell personified. Need I say more?

– Bottle recycling collection – the sound of a thousand smashing bottles being poured into a metal body of a truck makes a noise not unlike a crashing jet-fighter, especially if you live nearby or above. Daytime hours only please.

– Those amazing machines with giant steel prongs that take on large Euro-bins of rubbish or waste paper and lift them over their heads to empty? Satan’s grandchild as well. Incredible amount of noise, from wildly revving diesel engines, hydraulic motors, steel flaps banging and crashing, waste being emptied at a great height into an endless, mouthy maw. Clever machines, skilled drivers, but please ban them from the night.

– Motorised street cleaners – powerful spinning brooms and suction motors clean the street well, but create hellish noise, yet because it is a constant hum, it is bearable. A six am start for them.

– Drunken revellers singing incoherently on their way home? It should be lawful to use them for target practice, with a paint gun or high-powered water-cannon, although I’d prefer something stronger and more permanent. Perhaps a less homicidal way might be to simply muzzle them with a sock in their mouth and tape over their lips till they get home.

Any candidate taking on these notions gets my vote this coming election. Vote for Peace and Quiet in the inner city!