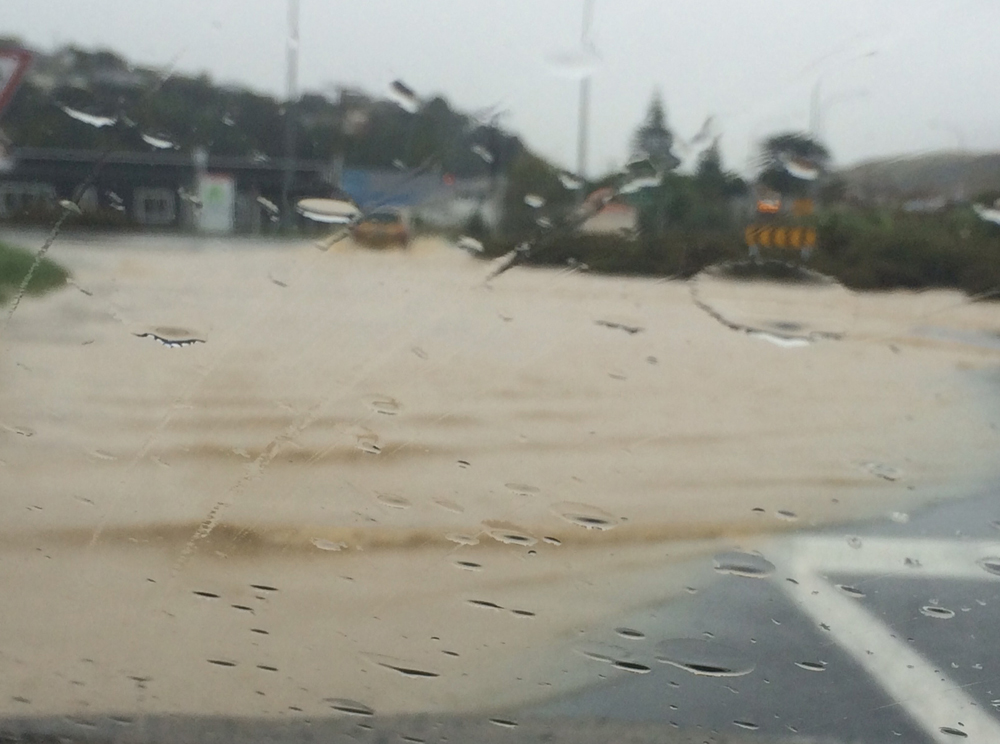 Well, yesterday was an interesting day! Rain by the bucket load, but not enough resilience to handle it. Yes, there was apparently 8 times more rain than normal, and enough water landed on our streets in half an hour to equal a normal rainfall for a month, or something like that, but still – it should hardly have been the end of the world. A fairly unprecedented transport disaster – both road routes blocked, and all the rail lines out as well, leaving Wellington devoid of transport links – except, of course, ferry, airplane, on foot, and by cycle. all routes on land were washed out, meaning that the rest of the country was tragically cut off from the capital. I don’t know how Auckland coped without our constant support.

Yet the city performed reasonably well, I thought. Yes, the low-lying wet spots of Kilbirnie and Karori will have filled up, once again, to the brim, but apart from that, a deluge this size seems to have been swallowed up by the drains and disposed off out to sea. Well done Wellington City Council! Not such a good report on other places – Petone, Porirua, Paraparaumu, Paekakariki, Pukerua. Does blame for that lay at the feet of NZTA, or the Wellington Regional Council?