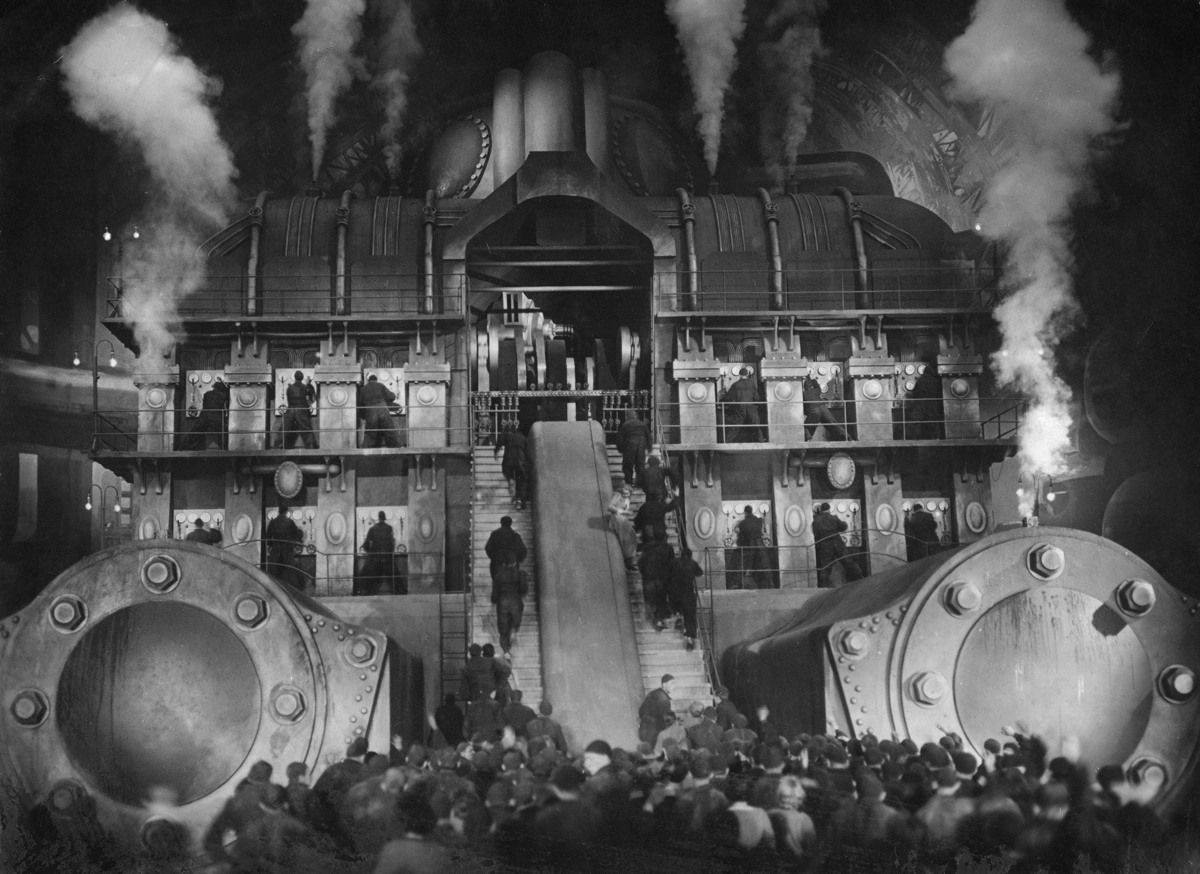 In place of the usual big bangs and anti-catholic burning of an anti-royalist effigy on Saturday night, some of the Fish crew saw the film Metropolis at the Michael Fowler Centre. Itâ€™s not the first time Iâ€™ve seen it, but it is the first time Iâ€™ve seen it that has really done it justice. The film has been restored, almost, to a state of perfection â€“ the edited version we have all seen for the last 80 years now replete with an extra half hour of footage, sourced from Argentina (16mm, grainy and badly scratched), with 11 snippets from New Zealand (presumably 35mm, and in much better condition). Huge round of applause for Frank Stark and the New Zealand Film Archive, and the frankly wonderful job they are doing, rescuing our filmic memories from the nitro-fuelled dustbin of the past.

What really made this film screening great was the full orchestra from the NZSO who, along with Maestro Strudel, kept a perfect accompaniment. The MFC is not the best place to see a film perhaps â€“ especially for those of us in the cheap seats who really only had a view of the balcony soffit, and some celloists knees, but this luckily got sorted out before the start.

The first time I saw this film it had a backing soundtrack from David Bowie and Georgio Morodo, which made it funky, but only in a Tears for Fears type bad 80s mullet haircut way. Much the same way that the post-modernist architecture of the 80s thought it could do better versions of the 30s and 50s, with disastrous results like â€“ well, much of Miles Warrenâ€™s work in Christchurch (that sadly, will not have to be pulled downâ€¦), the 80s refurbished copy of the film was groovy at the time, but sadly awful in retrospect.

The next time I saw the film was with a solo piano player, and it was good, but lacking the depth of soundscape that this production unleashes. It also was played back at the speed that made people waddle faster â€“ and for the first time ever, I heard an explanation â€“ from Mr Stark â€“ that while it is shot at 16 frames per second, it is played back at 24 fps, and so, yes, it does get quite speeded up in the process, inevitably inducing fits of giggles from the tiddlers. Here, on the night, we finally saw a black and white production where people walked and talked at normal speed – and oh my goodness, what a difference a few more / less frames per second make.

It is remarkable really how the production still stands up to scrutiny, even today, with its depiction of evil capitalistic overlords forcing the 99% of the rest of the population to strive away in the gutter for a mere pittance while the white-trousered elite play tennis or hide-and-go-seek. Hmmm, yes, it really is like today, complete with disorganized Occupy Wall Street protests, and ineffectual wrangling over who has what shift on the McDonalds hamburglar chain. Sadly, in comparison to Fritz Langâ€™s masterpiece, the 1% are still screwing the rest of us, the traffic conditions have got even worserer, the architecture has gone downhill, and even the robots we are dredging up are patheticly unlifelike compared to the beautiful evil Maria-robotta. Canâ€™t we get anything right?

If you are in Auckland this coming weekend â€“ go see it. Last NZ performance on the 12th. Itâ€™ll never be quite as good on DVD as it is liveâ€¦