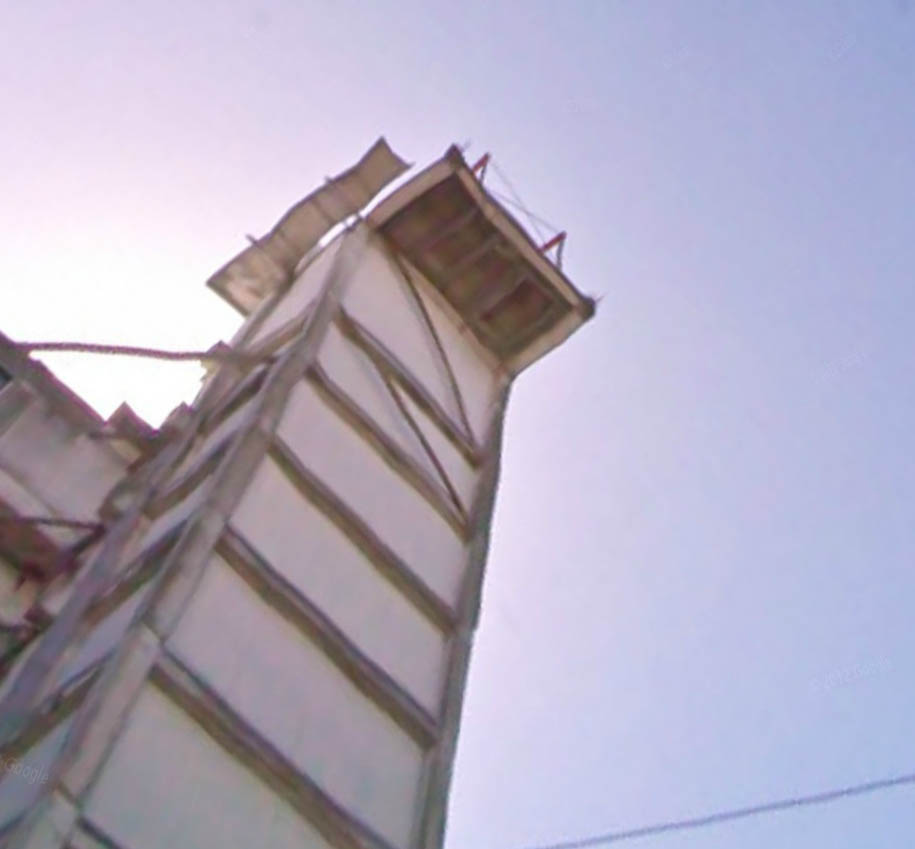 Looks like Luke’s Lane Liftshaft is likely to lay down after a long period of lonesome inactivity. Apparently it is leaning in an alarming manner – anything off vertical rings alarm bells in our vertically oriented city – and this last remnant of the 80s is due to be axed.

Probably not before time too, but I’ve always liked the look of the errant Liftshaft, with it’s secret rooftop position, and thought how it would be a perfect place for a weekend bach, or a secret writers getaway. A bloggers hideout perhaps? Probably not the venue for a lovers retreat however, as it was a little too exposed. Half the city can see the top of the liftshaft, and it has been covered in graffiti for years, so someone must be able to get up there, with it’s vantage point over the city, out to sea.

However, I have no idea what it was built for. Presumably, as it’s location next to the James Smith car park shows, it may have been intended as part of that project, but it seems more likely that it was part of an unfinished second stage, an unconstructed addition. Can anyone recall what it was? What it was for? I imagine that a number of large Chase Corp or other nefarious developers that went tits up in the 1980s could have been responsible – but who was responsible for this? Anyone know?

Update: Photos included from Google as per suggestion, and from today, with the Press Conference and Neil Brown snapped by a friendly passer-by.