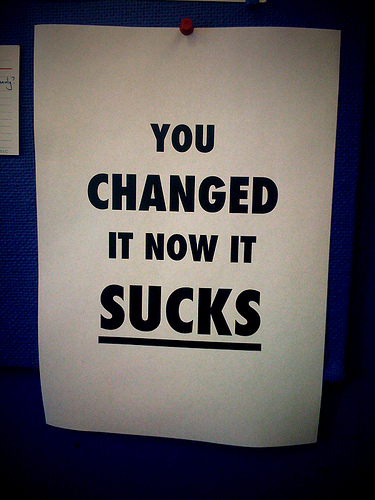 The horror that is this Leaky Building Syndrome continues to grow, and it is a disaster of epic proportions, no doubt about that. There seems to be a fair bit of sticking heads in the sand and hoping it will all go away, or that someone else will pay for it. Having been confined mainly to the Auckland Councils previously, as noted in our previous post, with the reasons behind set out clearly in the three excellent postings by tiresome right wing architect blogger Not-PC, it now seems that the problem is surfacing to a greater degree in the South Island as well. Will Wellington be next – or are we really already there?

On the one hand, the potential figures are mind-blowing. McCrone’s article on the South Island indicates that it really is serious:

“It seems no-one wants to talk much about New Zealand’s leaky buildings scandal – not the owners, architects and builders, council or government. But walk around the streets, and it is staring you in the face. A few are also realising it could be New Zealand’s greatest single financial disaster. Economist Brian Easton recently pointed out that with an estimated $11.5 billion bill to fix about 33,000 homes (and many would happily double those figures), the cost to the country in relative terms will be about 10 times what the United States has spent to bail itself out of the global credit crunch.”

Are these figures correct? Will it really cost $350,000 to fix every single leaky home? Surely that is about the price of building the home in the first place, and yet there is no suggestion that every single square metre of floor space needs replacing.

I’ve not had the displeasure of having a leaky house, and so can’t tell if indeed the whole house needs rebuilding, but assuming that the roof is ok, and that the floors inside the house are ok, and the bathrooms and the carpets etc are all ok: aren’t we really just talking about the external skin? Even then, the windows will be being reused to, so is it more than just stripping away all the polystyrene and plaster, replacing rotting studs and dwangs, and recladding with a cavity and proper flashings this time? Putting the external skin at an estimated 20% of the total building cost, then: Where is the extra cost coming from?

One guess is that all the extra cost is going straight to Lawyers pockets. ‘Heroic’ legal firm Grimshaw are in there batting for the Leaky Home Victims, but are also no doubt taking a hefty cut of the proceedings. There has been a recent ‘landmark’ ruling in the North Shore, which the Court of Appeal has upheld rulings by the High Court.

“Gareth Lewis, a Grimshaw partner who represented the Byron Ave owners, said the decisions were the most significant rulings on leaky homes since the disaster began to unfold about a decade ago.
“The court rejected arguments by the council that it should not owe a duty of care to investor-owners or owners in large-scale developments where other professionals are involved. In the Byron Ave decision, the court upheld High Court awards to the body corporate and the 12 owners of more than $2 million and increased the general damages awards for distress and anxiety for investor owners from $12,500 to $15,000, and for resident owners from $20,000 to $25,000.”

I just dunno. That is what insurance is for – and yet, the insurance companies were the first to see this disaster coming, and all of them promptly got out of the scene completely, years ago, with insurance for leaking buildings now impossible to get in NZ. Arguing over the cost for 10 years while the lawyers wrangle things out is just mental. Getting stuck in and doing the work asap will ensure that the work involved is minimised. Isn’t the answer: Just Do It ?