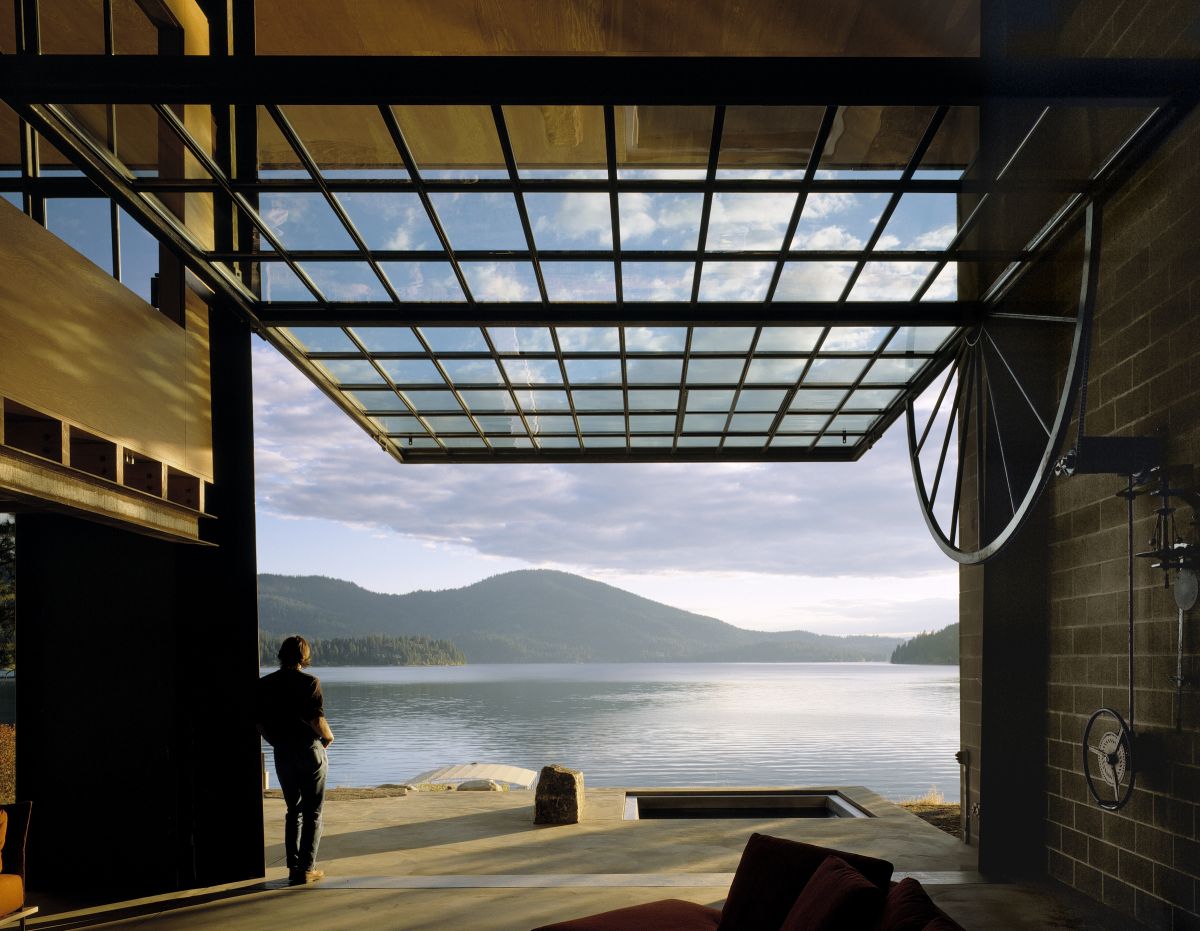 Nearly a month in, Eye of the Fish makes a return. I feel refreshed and reawakened, by an excellent evening presentation from Seattle-based architect Tom Kundig, at the City Gallery. What a lovely guy! And refreshing way of presenting too, instead of all me, me, me, he mainly let his work do the talking, while he and Jeremy Hansen sat and had an in-depth conversation about life, the universe, and everything.

I wasn’t sure if Eye of the Fish was going to come back in 2016, but seeing as Fishhead magazine has just died and been sluiced out to sea like a bucket of fishmeal slops (sad, but not surprising since the owner removed Dan Slevin as editor and tried to make it more bland – worst mistake ever), I felt that the legacy that Maximus started had to carry on, holding the fish head up with an eye out for architecture. There are so many things to discuss that are happening that I don’t know where to start – Shelly Bay housing? Benge Farm? New developments underway? Island Bay cycle path debacle rolling on and on? Buildings underway and buildings proposed?

But in the end, none of these topics fried my bacon, so to speak. It is an exhausting thing, running and writing a blog, and while it is infinitely more meaningful to try and write and think coherently, instead of just tweeting random snippets of brainwave as most people now do, there is no doubt that it is also more work. Not only that: but less readers too. It seems that as the world dumbs down, and people would rather look at pictures of cats and Kardashians than read a whole article, that the age of the blog has perhaps had its day. Well, maybe, but this one isn’t ready to quit just yet.

So, instead, what can we say about Tom Kundig, and how does his architecture get to be so cool? There’s no doubt that it is indeed very cool: every project features moving walls, sliding screens, shifting planes, and the most sexy, grunty, industrial-style wheels and cogs to shift them. But then again, as Kundig said on more than one occasion, who doesn’t like a video of a four and a half year old girl with a broken leg, energetically whirling a wheel that opens a wall containing 6 and a half tonnes of steel and glass. There’s no doubt that this man knows how to get the mechanics right – seemingly effortless balance and poise, combined with well-greased chains and cogs – but there is something much more to his work than just mere industrial chic. There is a delightful sense of space, and opening up to an infinite horizon, part of which comes from the landscape of the sites, but the rest of which just seems to emanate from the sheer chutzpa of the architects involved. Kundig is / was a mountain climber too, so he already knows that nothing is impossible, including the wrangling of a 150 strong office who all manage to speak with one aesthetic, and seemingly operate in a cold, wet, snow-bound environment like Seattle, with no issues about thermal transfer, weather-stripping, or lack of budget.

None of the projects looked or felt particularly opulent, in a DotCom Coatesville mansion kind of way, yet there was no doubt that these would be extremely expensive houses, especially if built in New Zealand. Perhaps the price of steel is cheaper over there. And everything looked like it was really steel – column and beams for sure, but windows and doors and entire walls too. Which is ironic, considering that the whole event was sponsored by Altherm Aluminium windows… ..thank you Altherm, for bringing out a really invigorating speaker with a great sense of architectural design. And maybe, just maybe, there could be a chance that he could get a client and design something here in NZ? That would really be invigorating!

Keep an eye on this