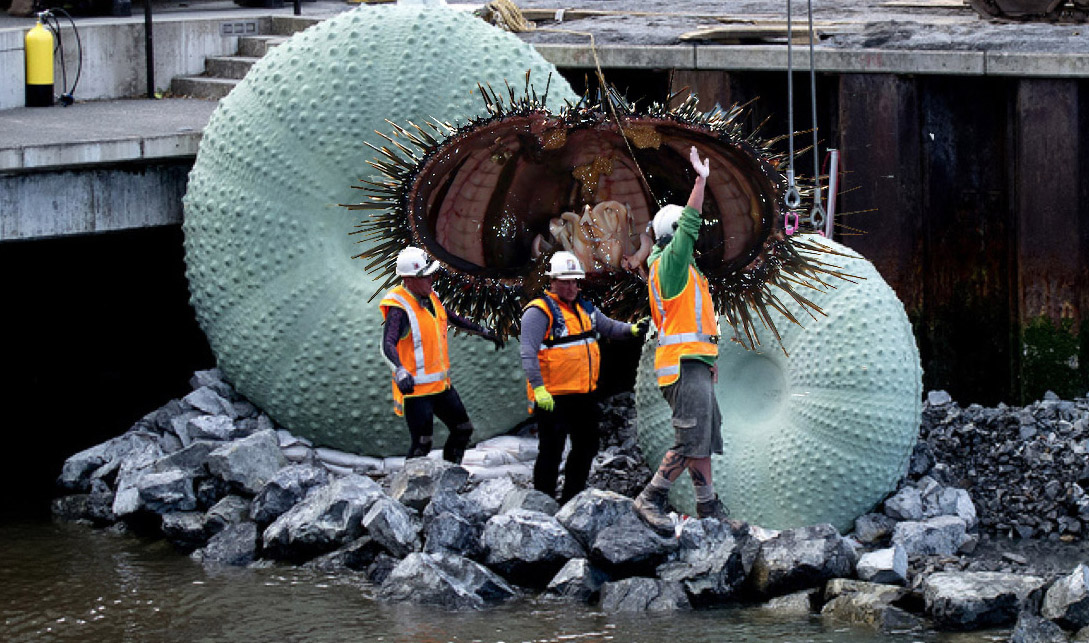 Nooooo, you’re doing it all wrong ! Michael Tuffery, esteemed sculptor, visual artist, creator of giant kina nesting on the side of the seabed by the Kumutoto stream – surely you’ve got it all wrong?!

Two points that spring rapidly to mind – firstly – this should be underwater, and not showing out above the waves as this picture by glasnevinz today shows it! All wrong!

And secondly – you’ve depicted it dead! I know that kina are beautiful in their reduced-to-a-skeleton form, but that’s not really what they are about. They’re spiky, for gods sake, as spiky as a spiky thing in spiky town. The sort of spiky that gets into your foot when you’re in jandals wading on the foreshore! The sort of spiky that stops you tearing open their fragile bodies and eating the soft orange mass of their swollen gonads. Yuck. I can’t believe I just wrote that – but you know what I mean. The green – they’re dead! They’re plucked! They’re bald!

And thirdly – their whole charm is that they are small! Tiny, delicate wee creatures, the size of your thumbnail, or the palm of your hand, not 7500 kilos.

Post-script edit, following the dropping of one of the kina yesterday….