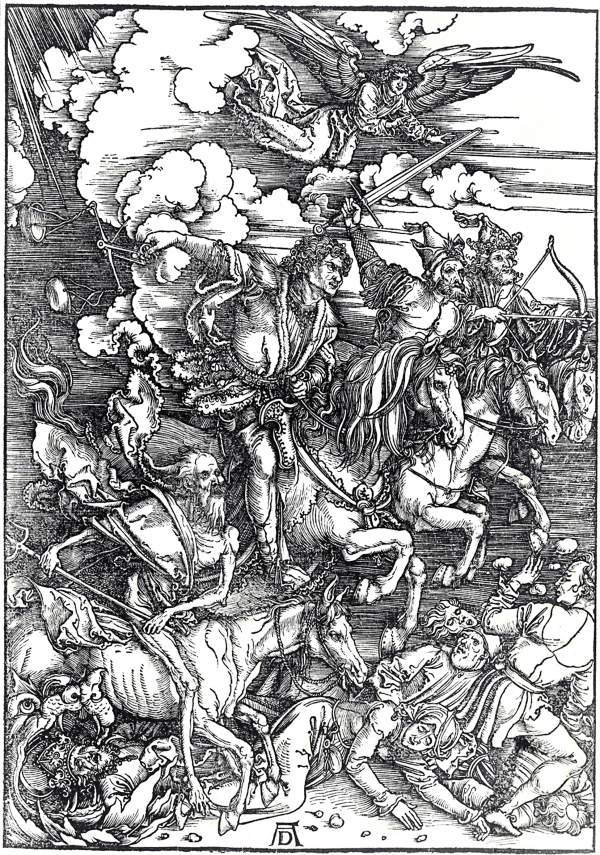 It’s the End of the World as we know it

….but I feel fine! With obvious references to everyone’s favourite Athens modern pop combo, we here at the Eye of the Fish world headquarters acknowledge that the end of the world is due to happen this Saturday, and so therefore this could quite easily be the Last Post, ever. Of course, some of our readers may be ascended into the heavens after that, while the rest of us stay here in the living hell that is New Zealand.

Earthquakes, mudslides, tornados and ACT party revivals aside, its not a bad place to stay and watch the onset of the end of the world – and given that we’re the first country to see the light, the rest of the world will be able to watch / listen in as we quietly blink out of existence. I’m reminded of the final line of one of my favourite stories from years ago, by Asimov or Arthur C Clarke, where a group of Tibetan monks had been working to inscribe all the possible names of God. Originally writing these in their monastry by hand, once they got a computer, work speeded up, and when they had finished the last page, the final line of the story was something like:
“One by one, without any fuss, the stars were going out.”

Of course, if I wake up on Sunday morning and it is all just business as usual, then we may well be back. Well, at least I might be. Minimus and Philip already appear to have exited from the stratosphere. Maybe I should exit as well, but gosh, you know, there’s still just too much for a Fish to comment on – including the Stephenson and Turner designed tower for the centre of the city, and, oooh, let’s not give it all away just yet. We’ll wait for the end of the world first, and if you’re interested, here’s a helpful list of the ways that the world could possibly end, as noted by the Honest Hypocrite, talking about Sam Hughes:

#10 Total existence failure of the Earth
#9 Earth gobbled up by stranglets
#8 The earth sucked into microscopic black hole
(He references “The Dark Side Of The Sun,” by Terry Pratchett, but I encountered this idea first in a great short story written in 1974, The Hole Man by Larry Niven, where they accidentally drop one into the middle of Mars.)
#7 The earth blown up by matter/antimatter reaction
#6 Earth destroyed by vacuum energy detonation
#5 Earth sucked into a giant black hole
#4 The earth is meticulously and systematically deconstructed
(Perhaps to build something else useful, like a Ringworld, Dyson sphere or Matrioshka brain)
#3 Earth pulverized by impact with blunt instrument
#2 Earth eaten by von Neumann machines.
#1 Earth hurled into the Sun (with this list)

In Rome, they’re leaving the city in droves in case there is an Earthquake (as predicted) there on Saturday. Probably something to do with the Pope and his Nazi connections, but still, that seems a little extreme. There have been worse Popes before of course, including, perhaps appropriately, a Pope Urban. To my mind, Pope Suburban should get more of the hell-fire.

However, I have noted that all the planets are currently lining up (morning sky, about 5am, a string of planets flying in formation: Jupiter, Mars, Venus, and maybe a few more); and the moon appears rather full. Plus, that storm last weekend seemed like the rain storm to end all rain storms…. That, and the Queen visiting Ireland – its just all too much. Here’s another nutter’s take on the end of the world, who lists the end as December, not May:

– Asteroids, maybe even a new planet (it has its name: Nibiru) hidden for now in the orbit of the Earth, will come to strike our planet that day.
– Trinary System: The binary system coming to an end (example: blue-ray DVD) ternary system will be made by extraterrestrials and will revolutionize and update all our scientific and mathematical knowledge acquired to date.
– An excessive activity of the Sun will destroy all communications systems (this does not happen December 21, 2012, but will start earlier)
– The planet Venus will transit the last time during this century in our sky.
– There will be many natural disasters, storms, floods, earthquakes and super volcano (this does not happen as December 21, 2012, but will start earlier)
– There will be many wars (it does not happen as December 21, 2012, but will start earlier)
– The Earth will change axis.
– The Thirteen Crystal Skulls Maya (made in the nineteenth century) we will issue a message Dec. 21, 2012 they are all together.
– The aliens are coming down to Earth and will take the best of us (finally some good news)
– The Earth will leave its orbit and drift into the universe for 26,000 years (unlikely).
– Following the financial crisis, the money shall become void and will trade with shells, it is preferable to shellfish stocks now.
– The Earth’s magnetic field is reversed. Protect your mind with the hassles of magnetic beads.
– The Maya prophesied happened to land on that date that corresponds to the end of their calendar.
– Many crop circle (drawings in fields cultivated by pranksters extraterrestrials) are warning messages.
– Nostradamus speaks in his prophecies.
– The Bible also proclaims the end of the world.
– Many religions speak of this event.

Hmmmm. Load of old tosh I say. See you on Monday.

Armagedon, End of the World, Nothing more
Show Comments

Good Morning America, how are ya?