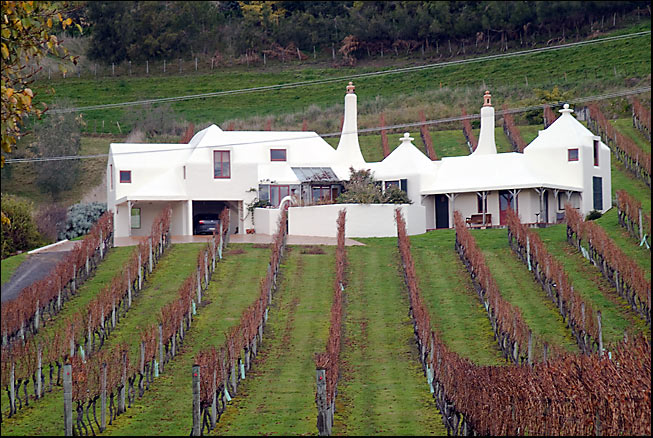 Disappointingly, discussion about Mayor Kerry’s first salvo into the next local body campaign seems to have dried up already. We can still keep on having that conversation – but in the mean time – just what exactly is going on with heritage at the moment? There’s something rather odd going on, and I really don’t quite understand it.

Firstly, the government decides to effectively emasculate the Historic Places Trust, by reviewing the HPT Act, and getting rid of all the volunteers. To quote from the Government secret Cabinet Briefing document:

“To resolve these issues, I propose to amend the HPA to:
• disestablish Branch Committees
• remove from NZHPT’s Board the three positions elected by NZHPT’s membership”

While that may make a lot of sense to the bean-counters and policy-wonks, the Branch Committees are run by volunteers, normally older people with a lot of local knowledge built up over a number of years, and with time on their hands that they are happy to give freely with. But while it may be correct that over 80% of the HPT’s total funding of $15m comes from the Gov, and only $640k comes from the 23,000 strong membership subscriptions, it still seems a pretty rash decision to axe the only way the volunteers can contribute.

How is one central body going to gather information on, provide local feedback on, and keep the wheels running all over the country? The little old silver-haired men and women up and down our heritage sites are likely to feel far less enthusiastic about putting their hours in for a government ministry, than for what they thought of as their own organisation. The re-organisation will have the undoubted effect of driving the volunteers away, perhaps to join up with somewhere they are appreciated.

Yet, the Ministry of Culture and Heritage (or, as Orwell would have had it, MiniCult), plaintively hopes that the silverheads don’t run away at the prospect. Once more, I quote:

“There is a risk that community involvement in heritage issues will decrease once Branch Committees are disestablished. I consider, however, that the proposals in this paper create opportunities for heritage advocates either to form new, independent heritage groups, or to increase involvement in existing groups.”

The issue seems to be that some of those uppity local branch members dared to have opinions of their own, and to disagree with the head office – or, worse still, to have the temerity to think different from MiniCult itself. Off with their heads, cried the Queen of Hearts! (or, Chris Finlayson in this case).

I wonder what event set all that off?

“to move away from a blanket ‘heritage area’ term for Wellington’s oldest suburb, and look at examining each aspect of its character and heritage to form the basis of a District Plan change. A Plan change will be ready for public notification next year…..

Through the review, Council officers will work on a ‘place-based’ plan and design guidelines for Thorndon which will ultimately feed into the framework for the proposed District Plan change. Place-based plans look at the character of an area and also the desired future character of an area. This determines the planning standards for the location and shape of new buildings in that area.

Cr Foster says it’s important that the review won’t just be about regulations, but about how to help building owners. It aims to improve heritage consent processes, the advice and information given to owners of heritage properties, and eligibility criteria for the Built Heritage Incentive Fund.

“It’s important to remember that we protect heritage and streetscape for the benefit of all Wellingtonians, so we should recognise that by supporting the owners of heritage properties.”

Well, it does need a shake up – and of course un-strengthened heritage buildings will get a real shake up in the next ‘big one’, so do please keep us all in the loop please Mr Foster. Even if most (all?) of the heritage staff have left the Council in the mean time. The Council has, just recently, been proposing a whole lot more buildings in the suburban shopping centres of Wellington are noted as being ‘Heritage’, some of which obviously are, and some of which must surely be raising some eyebrows about their inclusion.

But what is most extraordinary of all on the heritage front this weekend, was the front page grumblings and mutterings of Ian Athfield complaining that some bugger is / has listed his house as Heritage without his agreement. A man’s House is his Castle! Both Athfield, and John Buck (owner of an Ath House in Hawkes Bay) seem to be protesting long and loud that they are being hard done by on the Heritage front. Update: Both photos here courtesy of the fantastic resource of New Zealand architecture that is the DayOut website (many thanks!), which has a photo, quick feature on, and directions to much of NZ’s architectural heritage.

They’re protesting about the fact that their houses are interesting – presumably they would have been happier if the house was dull, dumb, and boring, just like almost every other suburban tract house? Would they be at all happy if someone knocked down their house one weekend without asking? (well, yes, to demolish Ath’s place over a single weekend would take a small atom bomb at least to demolish that one….). Buck is protesting that he can’t chose to paint the house any colour he wants to (to help him out there, we’ve included an alternative colour scheme for consideration.

Hmmm… I’m not really sure that is an improvement.

Yet, curiously, the Dom Post notes that Mr Athfield is a Board Member of the HPT. And indeed he is – and the only architect on the board. That’s the same Mr Athfield who loudly proclaims that we’re building today the heritage of tomorrow.

Oh, what a tangled web. One man’s Heritage is another man’s Castle. Or, as a Dictionary might put it, Heritage can mean:

“1. something inherited at birth, such as personal characteristics, status, and possessions
2. anything that has been transmitted from the past or handed down by tradition
3. the evidence of the past, such as historical sites, buildings, and the unspoilt natural environment, considered collectively as the inheritance of present-day society
4. something that is reserved for a particular person or group or the outcome of an action, way of life, etc: the sea was their heritage ; the heritage of violence
5. law any property, esp land, that by law has descended or may descend to an heir
6. Bible
a. the Israelites regarded as belonging inalienably to God
b. the land of Canaan regarded as God’s gift to the Israelites”

You see, I think that’s where it is getting confused. Forget the Canaanites and the Israelites for a second. Its not just about your heritage. Its about our heritage as well. Some properties are so fantastic that we consider them part of our lives as well, the “collective inheritance of present-day society.” A heritage listing isn’t taking anything away from a heritage building owner. It is just saying: we think your building is so special that we want to recognise that for all the rest of us. And what is so wrong about that?