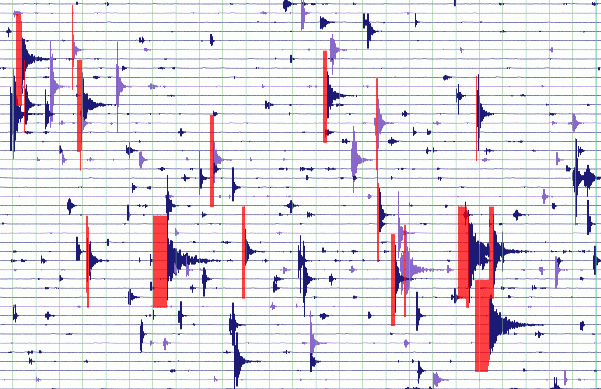 If you’ve been trying to get hold of your Structural Engineer this week in Wellington, you’ll probably have noticed they’re not returning calls. There’s urgent work in Christchurch, and it seems that the whole lot of them have decamped for the week to go down and inspect buildings. Even the Council has sent Building Inspectors and Consent processing officials south to help. I’m not sure that there is such a call going out to Architects here in the capital, but really, if you’re short of work up here – then get down and help out down south. As a contributor on the NZIA chatlist notes:

“I am amazed that NZIA have not offered assistance or expertise on building evaluation since the huge shock on early Saturday morning. I note that IPENZ, Master builders and Certified builders are out there assessing properties and NZIA are noticeably absent. I accept that anybodies first priority is to there immediate and extended family. However there is a huge number of domestic building owners wandering around in a daze and are being provided direction by builders and bricklayers. There is a golden opportunity to promote the profession as the first contact but sadly apathy prevails. Master Builders, certified builders, and IPENZ are already on the case. NZIA should get out there in front of the media offering assistance and advice.”

But this quake has raised (for me, at least) some serious questions about our attitudes to heritage in NZ – both in Christchurch and Wellington. They have a large list of Heritage buildings down there, just as we do up here. But from what we’ve been seeing on the TV there is a lot of demolition going on of some pretty historic looking heritage buildings down there. The Engineers are condemning, and the Demolition guys are demolishing. On the one hand it is good to see some definite positive actions (in Haiti they’re still sitting in Limbo) – we have systems and people in place, and obviously things have swept swiftly into action. But are they going too far down there? And really, how would we cope up here?

In Wellington we have a Heritage building fund, of which I think they can assign up to a maximum of $25,000 per heritage building project that has strengthening needs. What this earthquake has shown is: that really is not going to go nearly far enough. As a regular Fish contributor notes (60mPa, presumably a big gnarly old grey-haired concrete contractor), in the case of a similar earthquake in Wellington, “Upper Cuba is shopfront collapse”. How much do we like our Cuba St architecture at present? How much do we want to see it standing afterwards? Do we really want to spend lots of money clearing up fallen brick facades once they are on the street, or do we want to have them still attached to buildings? Or is this a chance to say – que sera, sera, and here’s a chance to build Cuba St in a modern style? These are the things we should be debating now – and doing something about now, rather than waiting until we ave no time to weigh things up and debate them later.

On the other hand, away from the heritage buildings in the city centre, there is a huge amount of damage to Christchurch houses. In that case, while it is no doubt all very sad for the individual owners, I’ve got to say that there is a fantastic opportunity there to get rid of some of the current dross of suburbia, and to build some real quality housing for once. I am so sick of seeing bland suburban tract housing in NZ, and ChCh is no different – in fact, it may be even worse than the NZ average. What would be great is if new houses there were planned to properly face the sun, if they were to have solar water heaters on the roof, if they were built with really decent levels of insulation, and, please, if they were designed by competent architects, and could for once look a little less ugly.

As I write this they have just had another quake – the biggest aftershock yet – no doubt more damage.