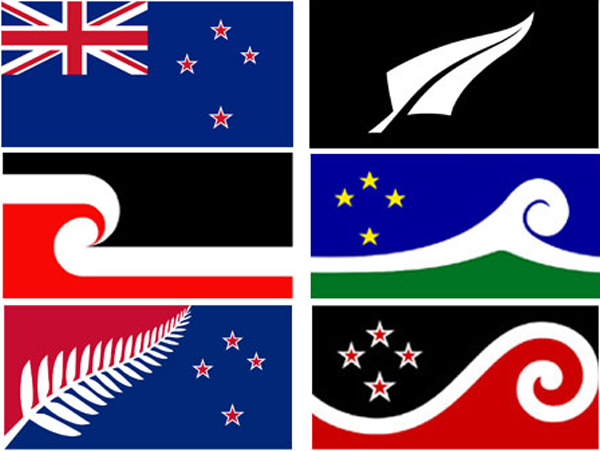 Waitangi Day, and thoughts of nationhood…

I believe so, yes. That sort of goes without saying – our present flag is an anachronistic, tired, too same-same as Australia, rag of cloth that bears little relationship to our modern nation. The fact that athletes so happily compete under the sign of the silver fern, than under the NZ ensign states heaps about how they see themselves, and how we see ourselves.

The real question though, is not what to replace it with, but when, and why. John Key has got it wrong. Not surprising, as he is a corporate money man, but a flag change is not a branding exercise. A flag symbolizes a nation, and countries do not change flags at the drop of a hat. Fonterra may rebrand, and change its corporate logo when it wants, without ran our, but despite appearances, we are not Fonterra. Shell got sold in New Zealand, and was rebranded as Z. But we are not just Z, we are NZ.

What other countries have changed their flag, and when?

South Africa is a big country with a multi-ethnic make up, that changed its flag not too long ago. Formerly a fussy, retro facing flag of outdated symbols, they realized that they were the Rainbow Nation, and designed a flag to match – simple, yet complex, with bold colours referring to their past and their future. But when did they do it? And why? Just because they felt like a change? Or because they actually DID change? South Africa changed its flag when they got rid of Apartheid, when they adopted a new constitution, when they truly changed and became a new nation. South Africa deserved its new flag.

What about Canada, another ex-dominion of the British crown? Their flag, the well-known Maple Leaf, has not been around for that long – only a few decades.

Before that, the Canadian flag was red, and symbolic, and cluttered, and outdated. Canada adopted a new, bold maple leaf flag that was hugely unpopular at the time, but has grown to be one of the most recognizable, and proudly worn symbols in the world.

We need our own name – Aotearoa – instead of the cringeworthy slave name we inherited, bearing no relation to anything to the Old Zeeland in the Netherlands. I’ve been there. It’s flat. It’s cold. It’s not green. It has no flightless birds. Zeeland is not New Zealand. We are Aotearoa and we should be proud. Our islands are not the unimaginative North and South islands, but are Te Ika o Maui, and Te Wai Pounamu.

We need to ratify the treaty, and find a new way of dealing with issues of race. There is no them and us. There is only US. There is no Asian ‘problem’ or no ‘Maori’ problem. There is only OUR problems. Aotearoa needs to stand up, grow up, and become itself. We’ve gone through our teenage years. We are now an adult country. We need our own constitution, our own leader, our own ways of living and doing. And when that day comes, we deserve our own flag. For then it will signify something, it will mean something, it will not just be an exercise of branding, but it will truly be a flag that has relevance to us as our own nation state.