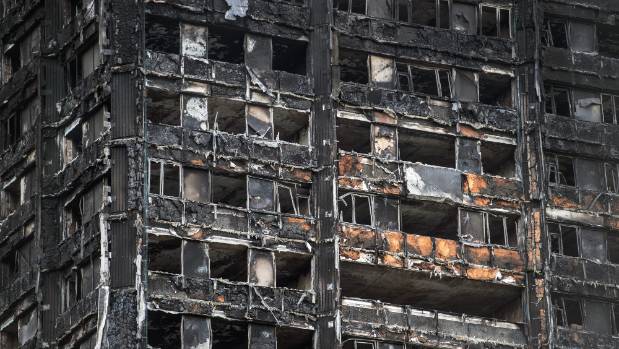 The ghost of Grenfell has come back to visit us, with the announcement of 18 buildings in Wellington with possible flammable cladding. Similarly, in Auckland, they have announced at the same time that they also have a list of buildings with ACP cladding, including 116 with the same type of core that Grenfell had. Precinct Properties in Auckland had this to say:

“Their reports confirmed a very low level of risk due to the significant levels of fire prevention and safety systems installed, the dual fire escapes available on each floor and the low level of risk for an external source of ignition.”

And that’s a fairly good assessment of the risk. I’m glad we are confident that we have a good, reliable system – as the Eye of the Fish said at the time last year, Grenfell was a disgrace and should never have happened if decent fire protection systems had been put in place. News from the Inquiry into the Grenfell fire going on in the UK at present show that as much as two hours into the fire, the British fire crews were still telling people to stay in their apartments and not try and escape down the solitary fire escape staircase. Incredible. And: stupid.

So: is yours one of the 18 Wellington buildings with potential flammable cladding? So far, WCC aren’t telling us which ones are, but you’re always welcome to discuss things in confidence here on the Fish…

“The council did not identify the buildings requiring further assessment, saying it wanted to give building owners time to respond to letters and advise tenants where necessary.”