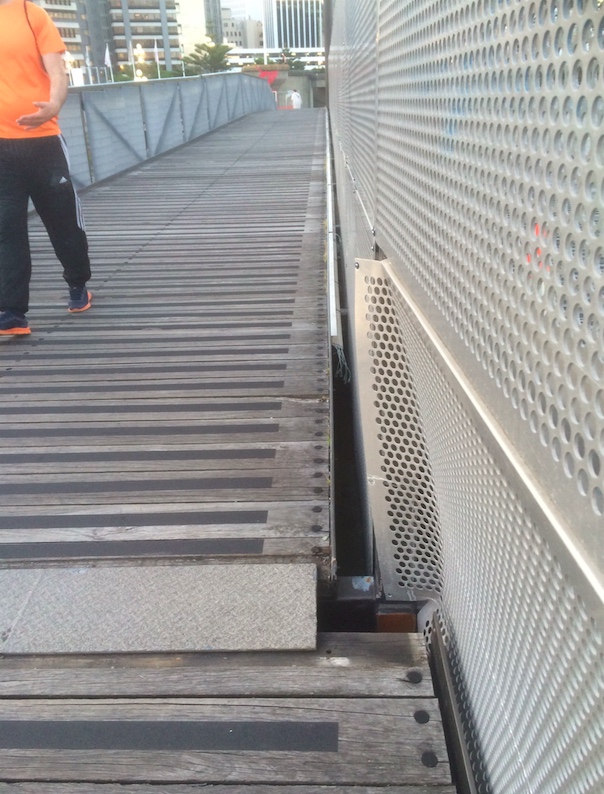 Down at the old Harbour Board building this week for the launch of the Wellington City Council Heritage Index (an excellent resource, long overdue, and very welcome), we were in the Boardroom of the old Harbour Board, with ancient faces staring down at us disapprovingly. There we were, mostly women, and on the walls, old, white, bearded, frowning men looked down, as we talked about heritage. The old blokes hanging in resplendent sepia tones, of course, were all about progress – and if we want to be blunt, Wellington wouldn’t exist without them. The proportion of Wellington City that is built on reclaimed land is vast – everything east of Lambton Quay for starters, and everything north of Cable Street for dessert. We must, of course, thank the original 1858 quake which thrust Wellington’s foreshore up out of the harbour, and also thank the Te Atiawa iwi for allowing their land to be stolen from under them, for Wellington’s future was their loss.

Most of all however, it has to be said, the old Harbour Board are responsible for much of the land that exists nowadays. The land underneath the Caketin, for starters, and the entire railways goods marshalling yard just behind that as well. All reclaimed from the sea, dredged out of the harbour as grains of sand, and gradually washed out into a vast bed of slowly draining sandy flat plain. There is the land on which Te Papa sits, the most successful children’s playground in the southern hemisphere, and not a bad museum to boot. There is the land on which the Whare Waka stands, and the lagoon is the only negative land – once reclaimed, now declaimed back to water again. There is the vast Kumutoto area in front of sheds 11 and 13, themselves heritage (and surviving well), as they were built (on reclaimed land of course) on what was the edge of the city itself, the boundary where the land meets the sea. From Kumutoto, after 30 years of consolidating the silt by means of parking cars on top, we have the brilliant Meridian building, and the fantastic Steamship wharf buildings, both as different as they can be, but both enhancing the town no end.

Just north of there we have the building sites 8, 9, and 10, with one already started (site 10, a massive hole in the ground), and one of the others still to come, allegedly. The earthquakes have had effects along the waterfront in interesting ways, that probably look far worse than they actually are. Athfield’s bridge, for instance, evidently got quite a wobble on, and has rotated off centre, pushing and ripping the fragile steel panels at the southern end.

Its no big deal, but it is interesting to see how the forces of Kaikoura have affected us here so far away. All along the waterfront there are visible signs of conflict, between the wharf areas that are piled deeply into the primordial ooze that is the Wellington basin, and the wharf areas that are made from reclaimed sludge itself. In an earthquake, the first stands tall and wobbles like heck, but eventually springs back into line. By contrast, the second one just subsides, succumbing to a fit of liquefaction and reacting much the same as a bowl of Ricies when you pour too much milk on in the morning: some sludge, some ooze, but mostly Snap Crackle and Pop. (Younger readers may need to go talk to an old person to find out what that reference is about). Perhaps Ricies is too stable a metaphor. Porridge is more accurate.

Therein lies the problem. The old Harbour Board, rebranded years ago by its majority shareholder (Greater Wellington Regional Council) as CentrePort, largely built the entire foreshore, based on digging up sludge from the harbour floor, and pouring it out over the other side of a wall like a giant plate of porridge. The walls were (please correct me if I am wrong) mostly simple piled walls, or stacks of riprap rocks, neither being the most stable things in the world. The porridge itself was mostly mud and sand off the harbour floor, probably mixed up with a few sleepy flounders and stingrays who forgot to move on when the dredge came along. But it is not like rock. Porridge is porridge, after all, and only gets like rock when it has been left out in the sun for many years, baked dry. But even then, it is still not rock. Wet it just a little, and it’s back to oatmeal again.

So it is that at long last, the Harbour Board’s brilliant plan of enriching itself by creating land out of water, has come back to bite itself in the arse. The wharf areas they have created out of seabed and sand, have slumped something awful. Hardly surprising, but more than a little irritating. The cracks you can see at the edge in the photos on Scoop (thanks Lindsay!) are simply the edge of the porridge slumping away, and the cracks visible between the concrete pier of the container wharf and the land nearby is simply just the boundary between wharf on piles and wharf on porridge. Interestingly, you can follow that crack right across the Centreport land, with the ripple in the tarmac visible all over, including right down to the Kumutoto area itself, culminating at the Bluebridge ferry terminal. The land is not seriously munted, it is just a flesh wound. They can, and they should, just grind it flat and reseal it and get back to work.

In fact, that is mostly what Centreport have mostly been doing. Commentary on Scoop has been quite critical of Centreport, with bitchy comments like this from Elaine Hampton: “Another nasty cold to be caught by ratepayers, who had no say in the building of this entity on reclaimed land! Too clever by half is the phrase that comes to mind, especially when the decisionmakersâ€™ pockets are not affected.” and “Time to wind up the Regional Council. Not a cent more of ratepayersâ€™ or taxpayersâ€™ hard earned money. The buildings can be used for landfill.” from a snarky TrevorH. But as Lindsay points out, no matter how hard Centreport tries to put on a brave face, even if it is covered in egg, it is the buildings at Centreport that have taken the biggest hit. The hit, however, is mainly to the ego.

As I’ve noted previously, the damage to the buildings there is repairable, if you want to. But is their heart in it? Stats have just signed a 3 year lease in the Westpac building with the loathsome Chow brothers, so they have made it clear that they don’t plan to come back. The Stats building is standing, looking untouched, but evidently hurt more than a little badly inside. Exactly how much we just don’t know yet, but it must have had a significant rocking for parts of a floor to fall down. How many buildings do you know that rock like that? Not many, if any.

Joel George has the best line of all, in a proposal that Centreport probably wasn’t expecting: “Demolish all the risky buildings, relevel and properly compact the reclaimed land, and turn it into waterfront park, including a decent tourist park and associated facilities for caravans and camper vans. Building anything that is multi-storey on the reclaimed land appears fraught and unwise.” Apart from the financially unsavoury nature of this proposal, it is actually brilliant advice. Perhaps a little harsh, but he is right, it would make a great place for a camper van park. In another Scoop post, a far more strident man from the Taxpayers Union (Jordan Williams) shouts loudly that: “Much attention has been given to CentrePortâ€™s damaged container wharf, but thatâ€™s not where the real financial hit is. Mr Laidlawâ€™s comments will add fuel to the rumors circulating Wellington that major design flaws in CentrePortâ€™s investment properties are the reason for such extensive damage. CentrePort knows that no insurance company will pay out for buildings which had hidden defects in the first place. Take the Statistics building â€“ there is absolutely no excuse for a structure only 11 years old to have floors fail in a quake this size. Instead of a strategic asset, itâ€™s now a liability for ratepayers.”

Mr Williams should probably stick to things that he knows about, and buildings clearly aren’t one of them. “Major design flaws” is a pretty gutsy statement to make, and its lucky that NZ’s libel laws are not as trigger happy as other countries. The faults are, of course, mainly in the porridge beneath the building’s feet, rather than any inherent flaw in the building design itself. The building was undoubtedly designed to meet the building code of the day, and the code itself was as up to date as it could be. No design flaws that can be seen. Nonetheless, it does seem that actually a floor has partially collapsed, despite my earlier amazement and denial – that I thought it was more likely to be a ceiling rather than a floor. Of course, the Building Code focuses on Safety above all, and if a building has got everyone out safely in the case of a major event like this, then it has completed its purpose. As far as the engineers are concerned, the building is therefore ready to be demolished. As far as Joe Public is concerned, and I’ll include myself in with him, the whole building shouldn’t need to come down. But will it?

Four District Plans and a Funeral