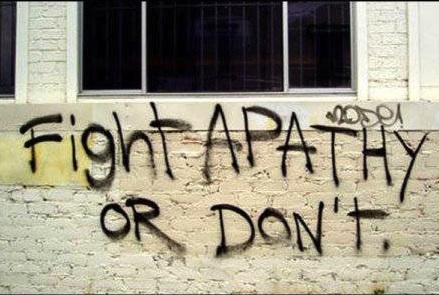 I made a singular resolution this year, and that was to write for Eye of the Fish, so it’s a pleasure to be the first post of the new year. Â Plus, with this post I’ll have already have accomplished my resolution – huzzah!

One of the things that I’ve found difficult is that, unlike commenting, writing actually takes work! Â who knew… Â I see lots of interesting things that catch my eye and instigate kernels of ideas, but the time to flesh them out and make them into interesting material takes a lot more time. Â However I think, perhaps that’s an outdated notion – the blog is supposed to be a work in process, not a finished product – yes?

So in this vein I present the following:

Apparently our friends at the Australian Institute of Architects have given up on their capital and decided to start anew. Â Which having visited once for a conference for a few days, I think is a worthy idea. Â They have initiated a theoretical competition for a new Australian capital. Â The name of their competition is the horribly named CAPITheticAL. Â (I couldn’t help but substitute the middle “a” to indicate the apparent apathy they display towards their capital city.)

Now, as I noted above, I’m not a fan of Canberra. Â I attended a conference a few years ago there and stayed at a hotel near Parliament. Â I walked to the conference in the mornings and was the only pedestrian around, and what appeared to be a short walk on google maps, felt like a long march.

It’s an interesting comparison to Wellington, as both cities are of equivalent population, however Canberra has something that is lacking in Wellington, which is a sense of grandiosity. Â For the capital of a nation, Wellington is extremely lacking in pomp and circumstance, which perhaps reflects the NZ psyche quite well, and perhaps that’s what’s so wrong with Canberra. Â It’s a city whose scale indicates a sense of importance larger than it deserves. Â Perhaps this sense of self-importance is due to its roots in the mind of an American? Â While the American capital (designed by a Frenchman) is fairly successful at long vistas and monumental spaces, Canberra takes these elements and amplifies them. Â The scale feels like a city built for 4 million, not 400,000.

However, issues of scale are not particularly what the AIA is interested in discussing. Â For the purpose of their theoretical competition they ask the following questions:

Would you build a new capital today or could the Australian Federation be expressed in a different way?

Would it be a city in the conventional sense or not? If not, what form might it take?
What ideas would drive its design and development?

How would 21st century social, political and environmental factors influence the nature of the city?

Of what should our national capital consist?

These are some interesting questions to ask, and happen to dovetail quite nicely into a book I’m currently reading. Â I’m currently only half way through the book – but in The Edifice Complex, Dejan Sudjic discusses how nations and dictators use architecture to manipulate a fiction of society that we aspire to be. Â The US capital is a perfect example of this – modernism is and has been fairly absent from the city due to conflict of ideologies. Â The United States has seen itself as the righteous inheritor of Democracy and the Enlightenment. Â Every governmental building from the US Capitol, to small town libraries and post offices aim to reinforce this connection.

This is also an interesting question which we discussed after the Christchurch earthquakes. Â From a practicality perspective, should we have all government functions centralized in one city? Â  Particularly one as earthquake prone as Wellington? Â However, beyond safety concerns, we should ask whether the centralized government model is one that still serves us best? Â  Â I think this is what the AIA hopes to initiate in their competition. Â Do we still need a physical centre of government?

Our internet culture has demonstrated that we can move away from social organization around physical sense of space. Â However, if you believe the writings of Richard Florida, place has more importance than ever. Â Florida argues in his books on the Creative Class, that places that are flourishing are where vibrant communities of diversity are located. Â So while the internet could allow for innovation to occur in Moose Jaw, Saskatchewan, it is increasingly occurring in places like San Francisco, London, New York, because people are drawn to the activity. Â  Indeed we see this in the case of workplaces – when employees have the ability to work anywhere, the “office” becomes that much more important, as a place to interact with colleagues, exchange ideas, and build connections.

In the case of government, what is the role of place? Â Is the city where the bureaucracy works? Â Or is it where the populace participates in a democratic discussion? Â For something as important as democracy, one could argue that a physical embodiment of this should be embedded in every locale in our country. Â It’s a questions that Maximus presented hereÂ http://eyeofthefish.org/occupy-umm-something/ .

This is a big issue, and I’m really have not prepared a full discussion of the topic, but hopefully it will encourage some interesting discussion.

As an aside, there is the question of what would happen to Canberra IF a new city were to be built. Â A recent news story indicates there could be a buyer.

But I have to say MalÃ© looks far more interesting than Canberra….