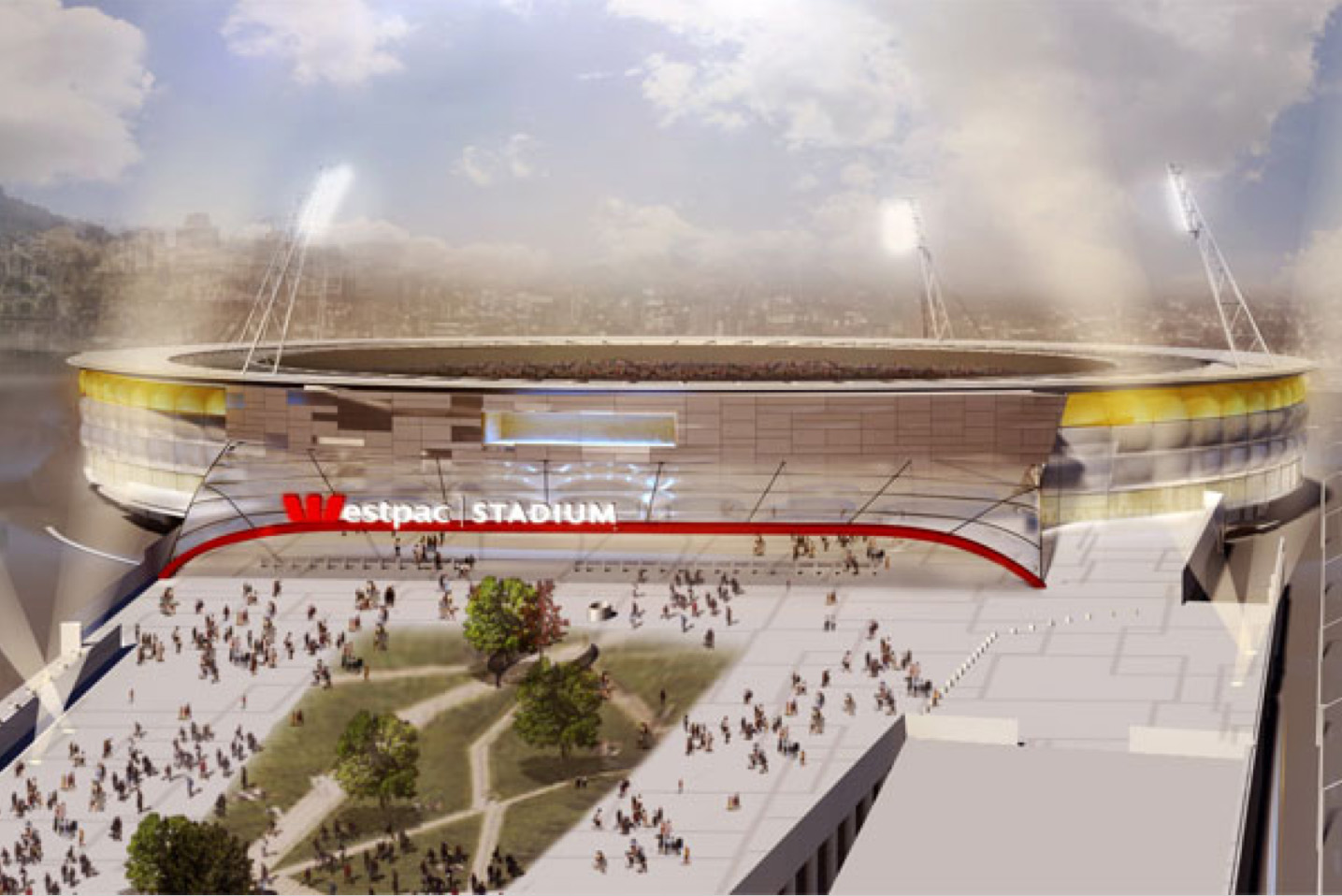 Having only just finished an upgrade of the Westpac Stadium last year, in time for the wugby world cup, it seems odd to me that the Stadium Trust are already talking about their next major upgrade – a complete refurbishment of the stadium inside and out – as shown in the DomPost today.

In typical Dompost manner, all mention of the architects and engineers responsible for the sketches are omitted – the drawings seem to have come out of thin air, according to the Stuff, and yet we here at the Fish would like to know. Do you know who the architects or concept designers are on this project? The Westpac Stadium Trust aren’t telling, yet, as there is no mention on their website.