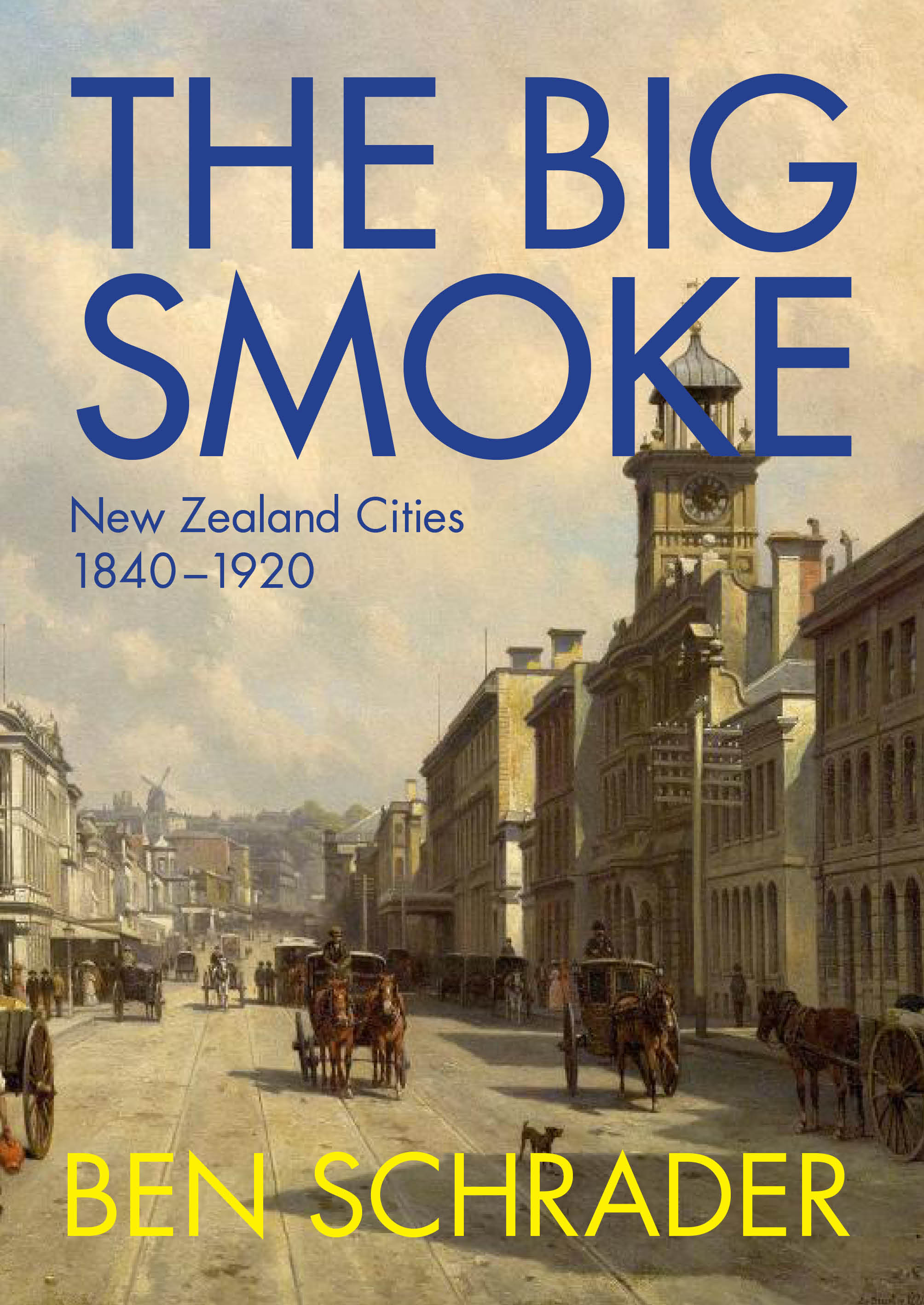 I’ve been reading The Big Smoke recently, historian Ben Schrader‘s epic tome on the history of the urban scene in New Zealand – at least from 1840 till 1920. Hopefully, Schrader will now work on a sequel, from 1921 to 2021. Not that far away!

It is an excellent book, well worth the purchase price, and apart from one chapter which got a little too graphical for my tastes (i.e. too many graphs!) it really is very interesting. New Zealand cities in those days pretty much just meant Auckland, Wellington, Christchurch and Dunedin, with the other hick towns like Hamilton, Queenstown, and Hicksville (sorry, Hastings) getting hardly a passing mention.

It is a biography says Schrader, and he is right, like Leviathan is John Birmingham’s (unauthorised) biography of Sydney….

….and the various volumes on London like the excellent biography by Peter Ackroyd, or the equally interesting one by Christopher Hibbert. Not quite so sure on the one by Boris Johnson…

I think that one biography of NZ cities is quite enough for just now, but it does make a pleasant change from books on iconic sheep stations (Kereru, Erewon, Molesworth, etc) or on iconic near extinct New Zealand wildlife (everything else…). Not that I’ve got anything against sheep or wildlife, its just nice for a change to have our urban side recognised.

In the Dom Post today (26 Oct 2016), Schrader has also penned some advice regarding our cities, based on info he found out while researching The Big Smoke. Click here for the full text, and meanwhile, here are his headlines.
1. More intensive cities should reference New Zealand’s suburban culture.
2. Public health vigilance is essential.
3. Lively streets are people-centric.
4. A lightly regulated rental-housing sector encourages slums.
5. New Zealand has a city identity.

It is item 4 that interests me most: “A lightly regulated rental-housing sector encourages slums.” That’s a viewpoint that the Nats are certainly not agreeing with at the moment, instead believing the ancient mantra that “the market will set its own rules.” Hmmmm, Bill, how is that working for you so far? Schrader goes on to note that:
“The growth of slum-like city housing has led reformers to promote measures like a ‘warrant of fitness’ for rental housing. The present Government has rebuffed the proposal, continuing a long history of light regulation of the sector.
As early as 1864 the Otago Daily Times complained that New Zealand’s cities were reproducing with ‘faithful accuracy’ the ‘filthy back slums’ of Britain. The New Zealand Herald asked why municipalities allowed avaricious landlords to rent out squalid and dirty rookeries in the city’s lanes, urging authorities to intervene.
The call went largely unheeded because property owners were a powerful constituency and governments were loath to move against them.
The rejection of the warrant of fitness initiative suggests property owners still have the government’s ear, but as more city dwellers become renters the tradition of light regulation will have to end to prevent further slums.”

We’ve had slums before in New Zealand – have we got them at present? Are we destined for more?