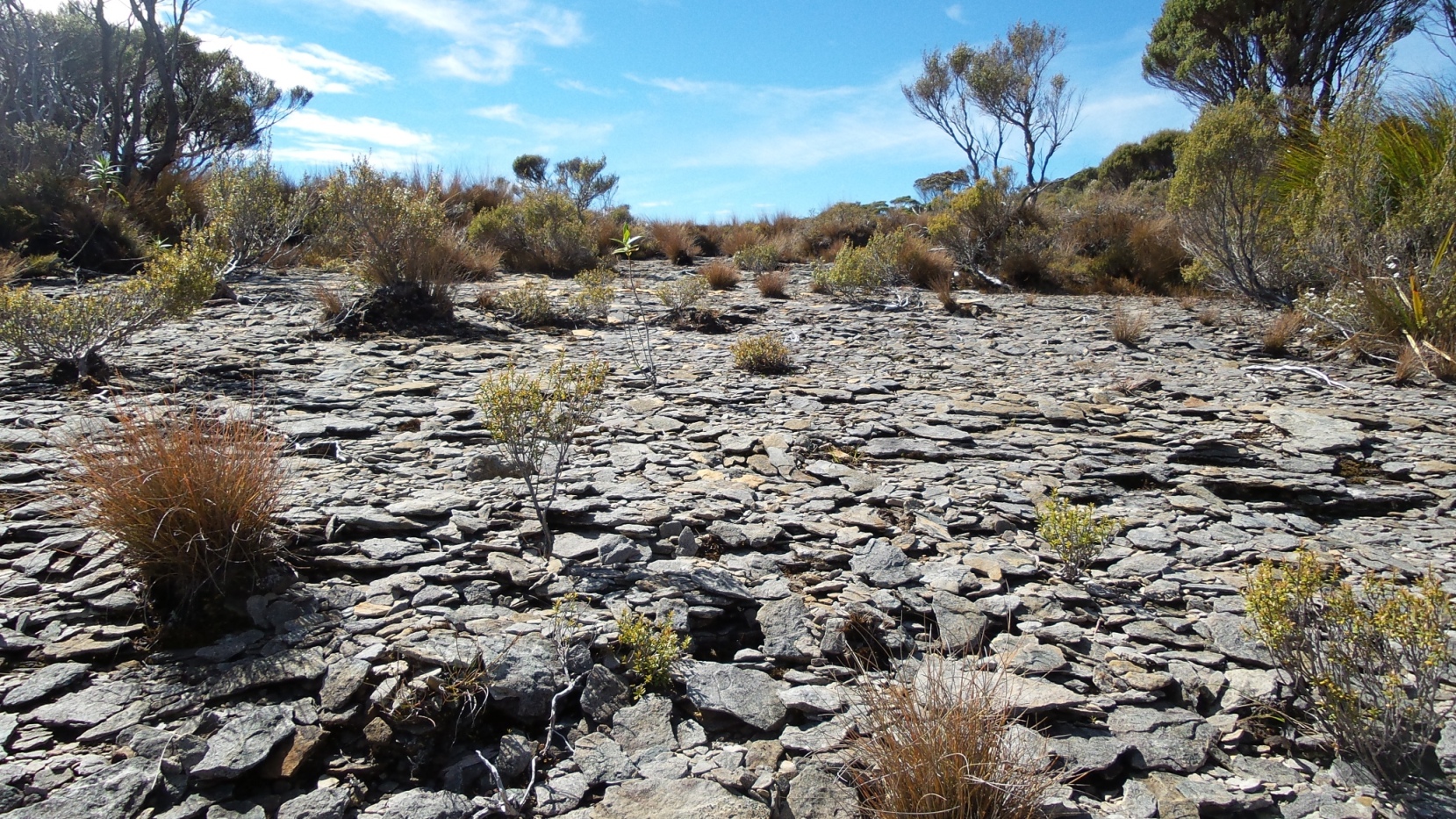 Hi, Sav here subbing in for MaximusÂ  briefly..Â  Over the holidays I ventured to the Denniston Plateau. I’m interested in conservation as well as other things, and I wanted to see for myself how special a place it is or isn’t, before pieces of it start getting carved up for the coal lying beneath. For a start its only 20km north of Westport, so pretty close to civilisation. The plateau itself is criss-crossed with 4WD tracks and acts as an outdoor playground for the locals. Like the equivalent of Wellington’s Makara mountain bike park, but for everything that has wheels. When a road look like this you know you’re somewhere a bit different though.

While I hunted around to photograph some rare threatened plant that would instantly halt the new mine. Or even better take a pic of the extinct South Island Kokako (that may now not be extinct..), it started to occur to me the major drawcard to this area wasn’t so much the unique flora, like Chionochloa juncea (a grass) that only grows above the coal measures of this area. (I could show the grass.. but bere’s a picture of a pretty orchid)

Nor was it the fauna, that includes a species ofÂ  giant snails that are once again only found on this coal plateau and the neighbouring one that has already been mined or obliterated.

The thing that makes Denniston most special is the rocks.. About any rock formation you can think of it has.. For instance The faux pavers style.

The blocks that didn’t make it discard pile

The why shatter myself into a million pieces.. because I can rocks

You really have to wonder how a society can be so completely brainless and greedy that a unique, distinctive place, that’s been here for eternity has a price over its head. If Denniston was in the North Island I am pretty sure it would be a National Park, if not a Regional Park by now.

In the commercial world of the building trade,Â  you really are detached from where the building product comes from. In this case, how many rocks, plants and ecosystems will perish for that all important steel frame. Or how much silt will choke the streams of a newly cleared pine forest. Out of sight outta mind.

NB: All photos of rocks were taken from within the proposed new Denniston mine area.