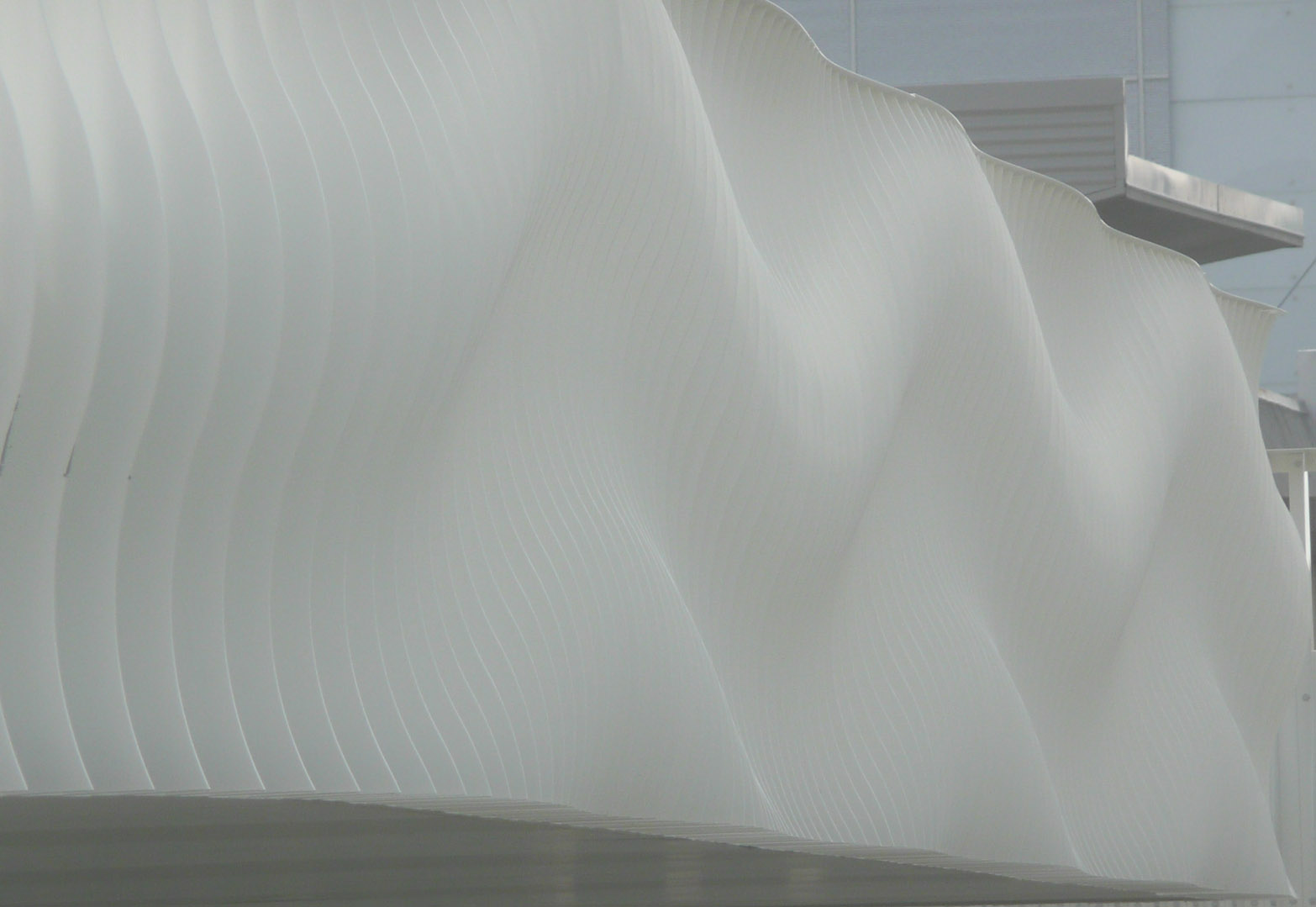 Tory Street, 2012: the year this city got its wiggle on. I can’t overstate how much fun this building is – a plan, ugly, bog-standard black box of a building with the world’s worst pudding basin hairdo before (Mansard Roof, pug nose: traincrash ugly), this little Tory St palace has been transformed into a wiggly white worm, snaking its way along the street. I can’t believe how much fun you can evidently have with a piece of powdercoated white aluminium angle, and a laser cutter.

OK – so there is not much else to the building, but there will be, when the proverbial market picks up. Forget the doldrums. Forget Squish Net., or Woosh, or whatever it was – its different now. The Advance electrical suppliers have moved out (into Real Groovy – sacrilege!) and one day the restauranteurs will move in, and then finally we will get a foodie street on the south side of Courtenay.

The transformation is from ArcHaus, who seem to have a monopoly on all the work around here – except for Moore Wilsons across the road of course, and Roger Walker just down the street, and, oh heck, they clearly haven’t got a monopoly here at all. Some of the work in Tory St is a bit hit and miss – Century City, by Roger Walker I think, had both good bits and bad bits. A curate’s egg perhaps, but you could never call Roger a curate or an egg I presume. Some of the buildings down the side streets near here are worthy of celebration, while others are more likely to make you cry – but this one just makes me laugh. I hope that all the shops fill up quickly, cos i want to go there and spend my evening under a floating aluminium verandah. It’s just one simple idea, but executed oh so well. Good on you ArcHaus.

Not much more I can say until it is full of people and food and life. But it is by small and slightly significant works such as these that our days get just a little bit more enjoyable. Hurray !

Not Pods nor Mini-buses