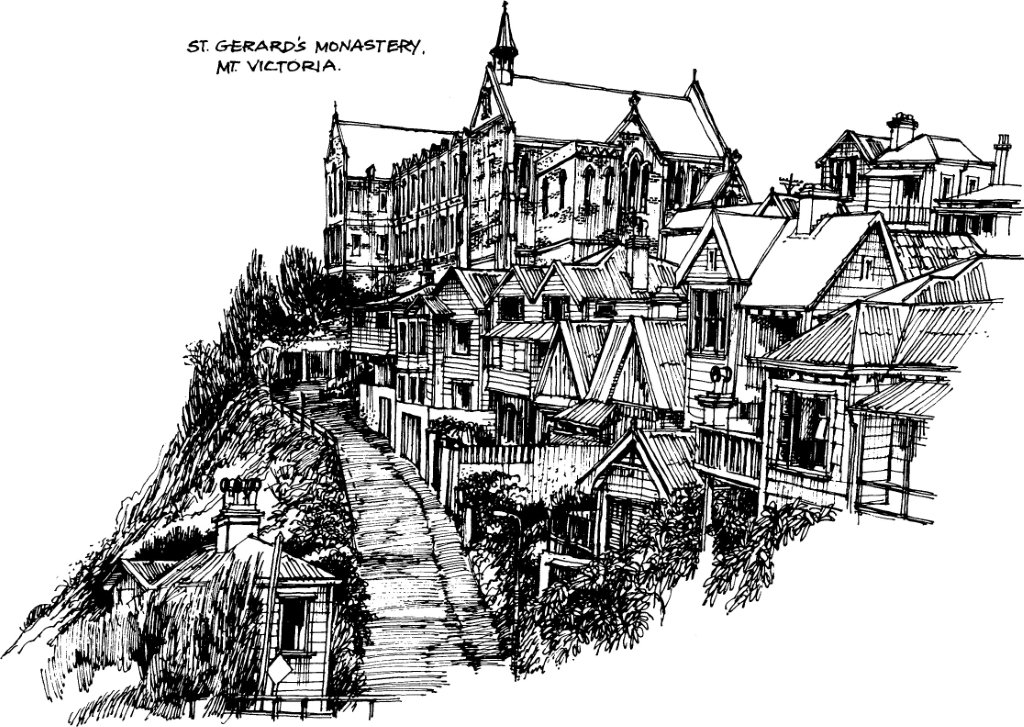 There’s many things in the news each day that I feel like responding to, but most of them have little relevance to Wellington’s urban design, which is what this blog is meant to be all about. Yes, I could ramble on about yet another supermarket, or another gas station popping up, but my head is just not there right now. I’m more intrigued by the reportage of the death of Margaret Thatcher in the press today. Stinking great arguments in the Guardian as to whether she was a great Briton, or an evil old witch who destroyed Britain, and thus should have been burned at the stake. Actually, I’d heard that she was just a sad old lady with severe Alzheimer’s, so severe in fact that she had no idea she had ever been a Prime Minister. Which, it has to be said, is rather sad. I went to Eaton Square once, and found myself in the odd position of being in the apartment next to hers – the place bristling with policemen still, a decade or so after her departure from Downing St. She still aroused passions, even in her dotage. Over 270 comments in the Guardian, with intelligent and witty commentary from both sides. It’s hard for people to get so worked up over a Zed gas station.

But hold on, I hear you say, your voice echoing through the ether, in rolling waves of dulcet tones: they’ve just announced a plan to save it, not to demolish it, haven’t they?

Well, yes, that’s the plan. St Gerard’s is, after all, one of Wellington’s most gloriously sited and strongly recognizable landmarks. Unlike the Beehive, our supposed most recognizable landmark, which I reckon only a small portion of visitors get to notice, St G has a recognition factor way up high in the high things. I’ve not had a visitor to Wellville that hasn’t said to me “What is that place up there?”, and the next question is invariably “Is it still a monastery?” or “Can I go there?”. To which my answers to the latter two queries are inevitably: “I just don’t know.”

(picture credit: The Compleat Cityscapes, by David McGill and Grant Tilly)
It’s as iconic to Wellington as Christchurch Cathedral is to the Cantabrians, in terms of visual appeal, and yet it has zero rating on the personal involvement scale. It also has a less than sturdy rate on the %NBS scale, of somewhere effectively less than a third, which makes it a Earthquake Prone Building. So here we have a real test case, unlike the Harcourts building, which A) not that many people seemed to care about passionately, but liked it as a sort of background postcard image, and B) turned out to not be a sub-33 building at all, but instead a far more healthy 40-something. That story is still going on – this one is just starting.

As a monastery, still functioning or not, the big G just doesn’t have the personal kudos to get Wellingonians opening up their wallets to the tune of $10 million or more. Yet, conversely, neither is the Council likely to pitch in to save it. Of course, the Government is happy to spend $40, $50, $60 million of our money to restore the house for the Governor General, which no one ever gets to see, but it is less likely to spend a penny on a monastery, which everyone gets to see, but no one gets to go inside. Shame on those old priests for not providing more for their retirement, and for the building to live on after them. Long may St Gerards live – and in the mean time, let’s see if this dysfunctional council we seem to have can find a way to provide a safety net for St Gerard.