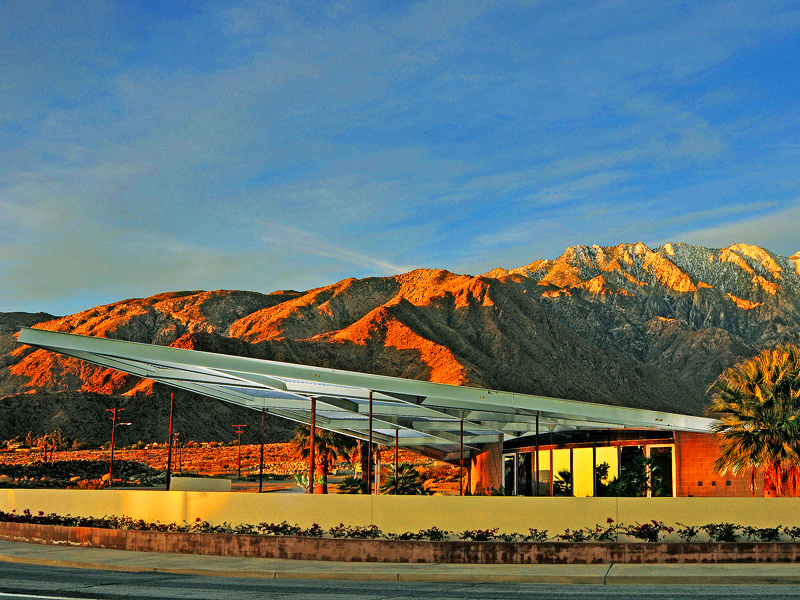 Tonight’s double-bill is of: The Oyler House – Richard Neutra’s Desert Retreat and Desert Utopia – Midcentury Architecture in Palm Springs. The double bill session starts tonight at the Embassy at 6.15 and is sponsored or linked with ADNZ, so if you’re an Architectural Designer, you should be there! And even if you’re not ADNZ, but merely ADHD like me, you should be there. Let’s hope that ADNZ haven’t bought out all the seats, or you’ll need to fight them for a ticket.

The Oyler House: Richard Neutraâ€™s Desert Retreat
(2012, Director Mike Dorsey, 48 minutes)
In 1959, a working-class government employee in the tiny desert town of Lone Pine, California, asked world-famous modern architect Richard Neutra to design his modest family home. To Oylerâ€™s great surprise, Neutra agreed. Thus began an unlikely friendship that would last for the rest of Neutraâ€™s life. Considered the â€œfather of California modern architecture,â€ Richard Neutra appeared on the cover of Time magazine in 1949, which ranked him second only to Frank Lloyd Wright among Americaâ€™s greatest architects. The Oyler House: Richard Neutraâ€™s Desert Retreat explores how a man of his stature came to befriend this modest, small-town family, and his love for the homeâ€™s stunning desert setting. Now owned by the architecture-loving actress Kelly Lynch, the post & beam-style home includes a stunning pool carved directly into a boulder. The story comes to life through interviews with Richard Oyler, Kelly Lynch and Neutraâ€™s two sons, Dion and Raymond.

There is also some other films on in the day time – but hey, ain’t nobody got time for that!