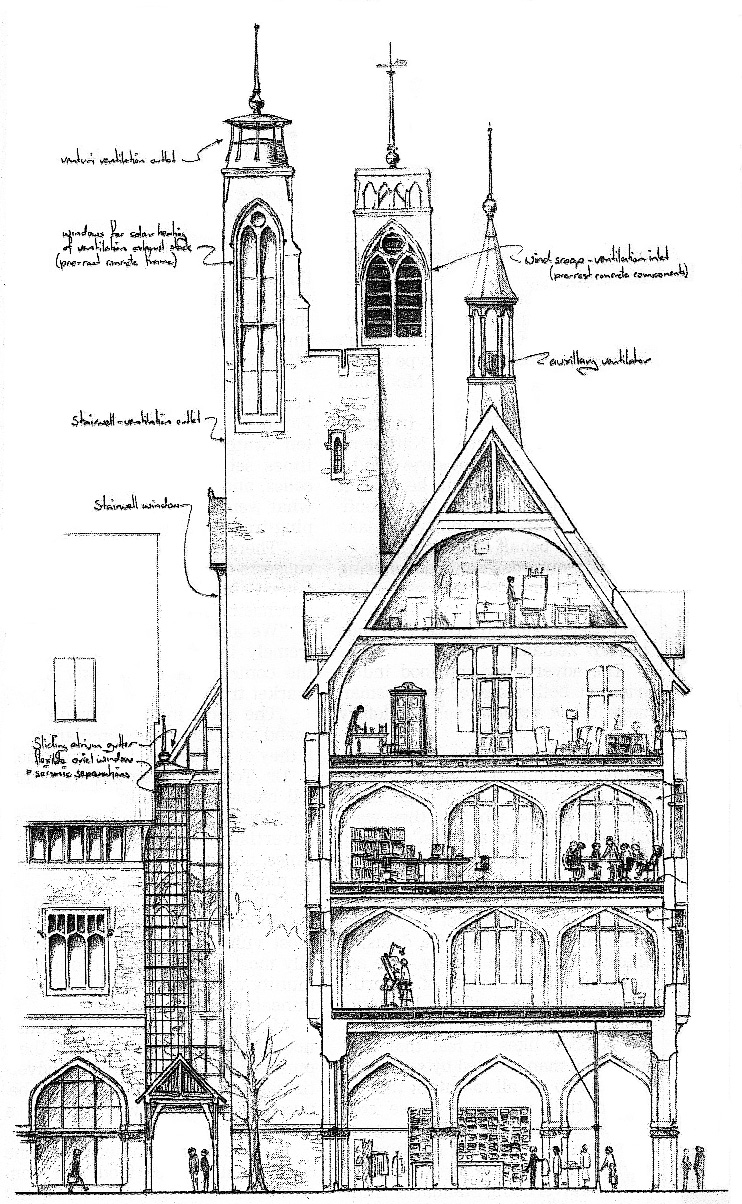 A short post because I am fascinated by this proposal: the return of the neo-Gothic in Christchurch, just in time for the first showings of the latest Batman film. Is there some connection?

James Carr, a “Christchurch architectural graduate and structural engineer” has designed a stone-clad neo-Gothic building for the Triangle between Cashel, High, and Colombo St, and he describes it as “like a medieval market hall with modern technology”. Mr Carr, I take my metaphorical medieval hat off to you, and salute your efforts. More from me soon, no doubt, but in the mean time, fish-feeders, your comments please?

Post-script:
There is indeed a battle raging on the streets of Arkham, as we may want to call ChCh (I don’t think we should call Christchurch by that name any more, as there is no longer any sign of Christ, or a Church. The Dark Knight’s city had a lunatic asylum on the outskirts – called Arkham. Seems quite appropriate to me. I wonder if we can make it stick?). The battle is one returned after a century or more absence: the battle of the Styles.

On the one hand we have the neo-gothic, as evidenced by Mr Carr and Mr Beaven (one a little more experienced than the other, but both quite energetic).

And on the other hand, we have neo-blandini, as evidenced by the design for the Carlton. The letters page to the Press will no doubt be running red-hot down there this weekend.

The Block is Schlock

Something for the Weekend