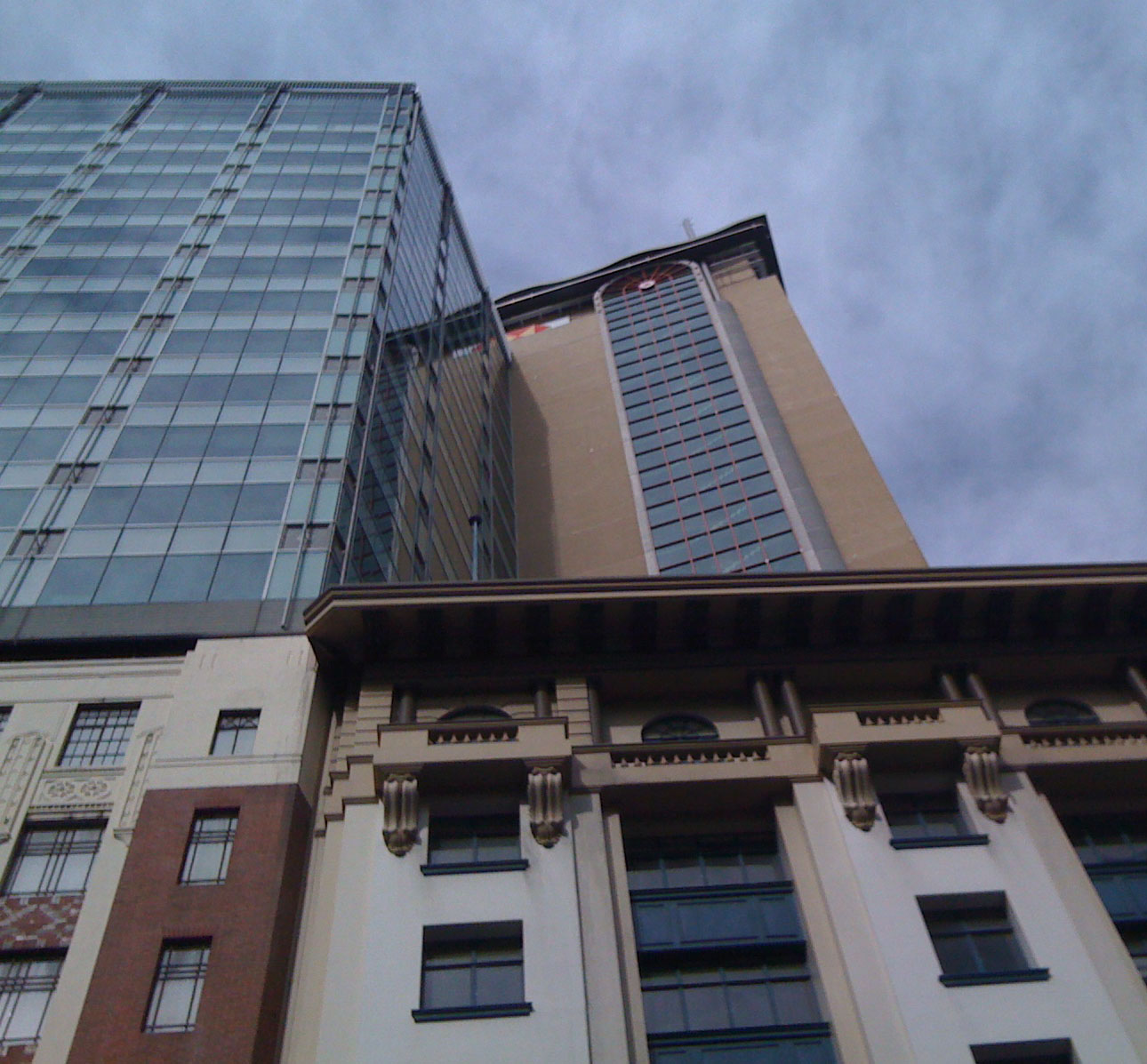 Regarding the old Temperance and General Building on Lambton Quay – known to next to no-one as the Harcourts building. Submissions on it’s proposed demolition are due in a week – by the end of the month. It is a crunch point for Wellingtonians – should a building owner be allowed to demolish their building because it is a bit hard to strengthen it, or do we want to force owners to preserve every building in formaldehyde, with the city looking just as it is today? What is the best use for money in our society today, whether it is private money or public? In this case, there is a tiny public purse, and a huge private bill – but is that such a bad thing?

The Eye of the Fish has been doing some sleuthing, on behalf of you all. Have you actually been down to the Council to see the Resource Consent application to demolish? The Fish has – and was surprised.

First up, some figures from the report. The building value, if it is earthquake proofed, would have a projected value of $14 million. As it stands today, the value is precisely $0. The strengthening has been reported at a cost of $5 million – the report actually puts the cost at $10,850,000 ie nearly $11 million. By comparison, demolition is estimated to cost $2.1 million, and so the current value of the site is estimated at $5.3 million with the building on, or just $3.2 million with the existing building demolished and removed.

Next up: a Conservation plan by esteemed conservator Jeremy Salmond. I couldn’t read the whole thing in my lunch hour, but he does go through what would need to be done to save it. But does not seem particularly upset at the prospect of losing it. Probably, by the time you start talking of replacing external cladding with polystyrene and plaster, he may have lost all interest, or all hope. Colliers Real Estate, of course, call for the site to be cleared. The current building is just C grade space.

Post-script addendum: Compare, if you will, a “possible” extra tower above a T&G podium, quickly whipped up here:

The real meat in the sandwich is the Structural Engineer’s report. The problem, apparently, includes pounding – mainly on the new building next door. To counter this, a sawcut gap of at least 85mm would need to be created between this building and the next. This will, along with a decoupling of the facade at strategic points, allow the steel columns to sway under seismic load, which is, of course, under the current seismic thinking, the best thing. From what I can gather therefore, the current building is too stiff, and that’s when it is likely to crack and lose wall panels. Nowadays we like more ductility – the ability to flex and absorb energy without reaching the limit and cracking up. Foundations, apparently, are not so much of an issue – they are described as ‘massive concrete’.

The Engineer looks at 3 possible means of strengthening, and settles in the end on having sliding steel plates in eccentrically braced steel frames. Call it EBSF. I think that is the one where the steel frames stay nice and stiff under everyday load, up to a certain point, and then they dissipate energy by sliding past each other until the quake is over. There would evidently be quite a lot of work on the facade also, trying to tie it in or separate it out, hence the possibility of some apparent new spandrels.

Actually, I’m pretty sure that very little of the building would be rendered in polystyrene. The shape of the spandrels and columns on the building would be pretty simple to replicate in precast concrete in exactly the same form as today, so the offer to demolish and rebuild the podium in the same style should not be sneezed at.

The biggest issue of course, that no-one seems to have picked up on yet, is the plan. In what seems to me to be a bizarre – but arguably brilliant move, the proposed replacement building will need no lifts, no stairs, no toilet facilities.

Confused? Well, don’t be. As the neighbouring tower, built in the early 00s, has a massive projecting stair and lift tower that extends into the space of T&G’s presumed former lightwell, the new (replacement) building is going to wrap around the neighbour and cling on tight, negating the need for additional core. Architects for that building were Seddon Associates (a pretty small firm if I recall) and Peddle Thorp Architects, but there are no new drawings to show what is proposed. My guess would be that a podium similar to the existing T&G building would be proposed, with a tower extending up to the same height as the wavy-topped neighbour.

So: a rare moment for a public notification, if you are so inclined. Over to you, Wellington.