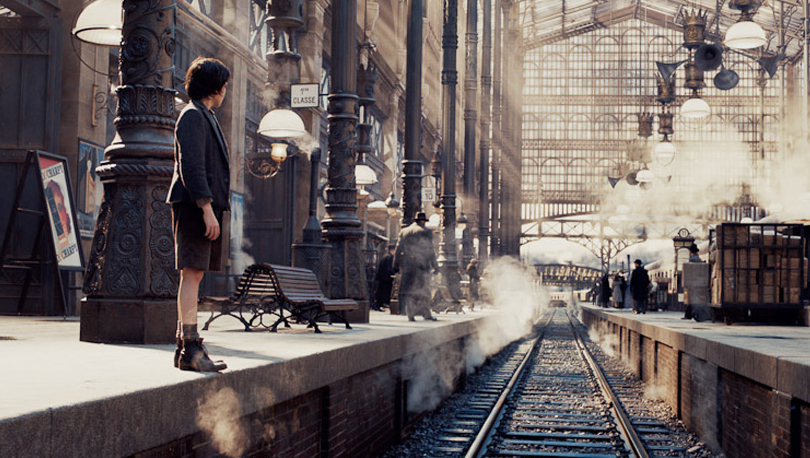 Life inside a train station

Been to see Hugo yet? Do so, please, while it is still on at a big screen – it is really quite magical. I took all the little fish to see it the other day, and we loved it. I knew nothing about it before I went, and so was pleasantly surprised: it’s an homage to a past film-making master, George Melies, directed by Martin Scorsese. The little fish and I saw it in full 3-D at the Embassy, which really is the only place to see it – even Lindsay Shelton was there, no doubt keen to get a Scoop in. Only thing is, it is being pitched as a children’s movie, which means you need to, you know, bunk off in the afternoon and catch a session.

Curiously it has not been pulling in the crowds, nor the money, but it is easily the best kiddie flick I’ve seen for years. Of course, children don’t realise when they are better off, and so will probably still go for some animated crap voiced over by Jack Black as a panda, or a penguin. The critics have been raving about the film, and the awards are flowing thick and fast – expect Scorsese to easily pull up an Oscar for best Director, which is well deserved.

No doubt by now you’ve heard snippets about the story. It’s set in Paris.

This lost boy-child has an adventure which involves living inside clockwork at the train station, and he’s a bit of a dab hand at it.

He gets chased by Ali-G, who seems to be acting a dual comic / nasty role as a squeaky station inspector, in probably the first really watchable role Sasha Baron Cohen has ever had. I kept thinking that for a Jewish boy from west London, he has an incredibly adaptable face, being believable as a black urban youff from Staines, a refugee from Kasakstan, and here a petty bureaucrat in France. Silly, but enjoyable, innit?

Hugo hides from the adult world in the undercroft / roofspaces of the train station, which are quite fantastic

and finds the truth behind an old man, which involves reading some books, in an amazingly huge library

and searches more books, served up by Lord Sauron himself….

He finds some joy in the workings of machinery at the toy shop, where he finds Ben Kingsley in a passively Gandhi-like resignation…

and repairs an old automaton that his father found. You’re sitting there the whole time thinking: does it come to life? So, does it?

who looks and sounds a lot like Emma Watson, but isn’t.

I know this isn’t much of a film review – I’ll leave that up to Dan Slevin, who is good at that sort of thing, but the only point that grated with me was that the characters are just so damned English. The film is set in Paris, the posters on the walls are in French, the books they read are in French, they call people Monsieur, and yet all the cast act out their parts in perfect plummy English. No doubt this is to suit the tiny minds of children, and Americans, which is much the same thing, but it is a tragic glaring miss-match to me. Secretly I was hoping that they filmed it all twice, with a naturally French version circulating over in France, but no doubt the French will just dub their version so it makes sense – because it really doesn’t make sense for the Poms to be so jolly hockey-sticks in Montparnasse. I kept expecting that the reason for finding a crop of les natives Anglais would be explained, mais non. Je ne comprends pas. I mean, come on, its not that hard to understand French: even the French can do it.

But for me it is all about the clever things like the recreation of the old train crash at Montparnasse, and sure enough, I flinched and ducked out of the way when the train went through the station…

For others it will be all about the special effects and the quality of the 3-D production. And here it really is superb. I even found myself trying to lick the snow flakes that come scurrying out of the picture. The 3-D really makes sense on this film – the trailer before was for the reworked Titanic in 3-D, which was the biggest load of bollocks ever in 2-D and will only look more stupid in 3-D. James Cameron is a boring old fart at film-making and must be stopped. Don’t go and see Titanic in 3-D – see this instead.

It’s that time of the year again…

Lanterns of the Cross