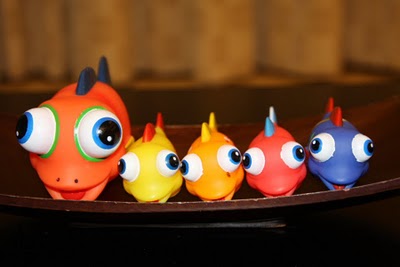 With a resounding snap of latex rubber catsuit on naked flesh, we take a slightly different direction today. There’s been enough talk of streets and roads and local body politics for now – time to look at another urban phenomenon.

It is one of the more difficult (and eye-opening) subjects for us to find images for that are even mildly relevant and yet still safe for work (we’ve noted that your usage of the EoTF website seems to spike around lunchtime). From me simply titling this post “Fish Fetish” and then googling for images on that led me to see things that I’m not entirely sure I thought I would ever see – I had no idea that some people loved Fish that much, or put them to such arduous uses, and I’m both honoured and slightly horrified… most people simply slather their Fish with salt and a slice of lemon. And normally eat them, cooked.

Anyway, I’m sure I’ll recover. But, yes, the urban phenomenon we’re talking of is of course the annual Fetish Ball on the 28th August.

It is one of those things that seems to be completely acceptable within a city, and yet would be treated with outrage in a smaller centre and / or the outer suburbs – even Johnsonville, where the population are normally known for their “Progressive-ness”. Reminded of this by the bounteous Joanna over at the fabulous Wellingtonista website, I’ve still not been to the Fetish Ball in Wellington, although I did bump into a couple of “nurses” getting into their costumes last year (which featured an entertaining but unorthodox application of black electrical tape), but it is a popular and harmless way to let off steam.

Well, not sure harmless is entirely the right word. The Fetish Ball in Wellington is strongly associated with the FleshWound piercing studio, which delights in chopping people up, slicing and dicing them with all sorts of stainless steel spikes through all sorts of places. I don’t even need to describe where – their imagination is much more piercing than yours….

Piercings now a days are just another form of urban decoration, as are tattoos: the equivalent of putting paper doilies on your body rather than on the coffee table. But it got me thinking. Of all the architects and designers I know, I’d have to say that very few have excessive piercings or tattoos.

To many / most architects, the words of Adolf Loos still stand true: Ornament is a Crime. While he was talking about modern architecture, the same seems to go for most architects and their bodies – they know how bad taste a poor latch on fashion can be, and how permanent a bad decision can be. While the general population goes off, young and old, and tattoos their bodies in all sorts of manners, the architects and designers seem to keep slightly aloof, and perhaps that’s why there has often been a strong link with a preference for latex rubber and leather instead of the more permanent decoration of holes and lines.

There’s always the playoff of wanting to dress up (of which some of our readers seem to excel at: you know who you are!), against the possibility of meeting your client whilst dressed only in a leather bondage suit with only the most private parts of your body covered up / or, perhaps, on display. In a small town like Wellington, you’re bound to meet up with a local Councillor or two (there are a few who could undoubtably do with a gag ball strapped into their mouths), but the saving grace is of course that there are no photos allowed inside. So, if the Fish goes along tonight (blue scales rippling along my flanks), resplendent perhaps in a fetching pink catsuit, then come and say Hi, give me a fishy slap, and we’ll speak no more of this on Monday.