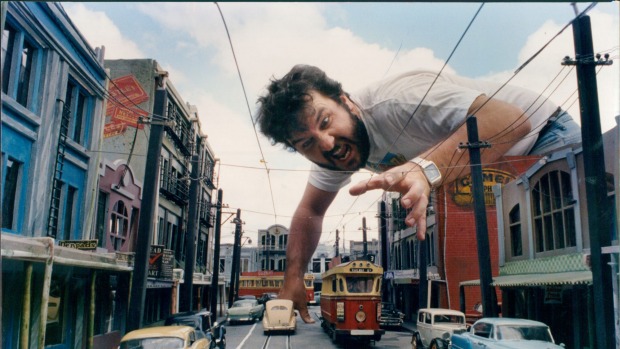 What a great note to end the year on. The long derelict site opposite Te Papa is to be the location, apparently, not just for a Convention Centre, but also a Film Museum with props from the Jackson empire. I’m truly impressed that this has been put together – and kept secret (well, at least kept secret from me), and that two really good purposes have been found for a site that has seemed like it was searching for a reason to exist.

The previous proposal, for Mark Dunajtschik’s combined hotel and convention centre, was never a flier, despite the valiant efforts of architects HBEMT to make it work, as Hilton guests were always going to want a better view than the arse end of Te Papa. Indeed, the rump of Te Papa has always been both the attraction of the site, and the failing. This way, a physical connection between our national Museum and our Wellington playzone can be firmly established, without anyones eyes having to be hurt by gazing at the large concrete panelled walls of “Our Place”. Perhaps that explains now why Dunajtschik’s scheme was so swiftly sidelined into Siberia, in unexplained madness a year ago (and we still haven’t heard the last of the Hilton proposal – last rumoured to be still in negotiations with Centreport over land near Kumutoto).

“Wellington City Council is expected to approve a land purchase for the $134.4 million project on Tuesday, hoping to give the region’s economy a multi-million dollar boost. The three-storey building on Cable and Wakefield streets will include a 6000sqm convention centre on the top floor, capable of hosting 1100 people, and a 10,000sqm movie museum on the bottom two floors.”

Other useful snippets of news from the Dom Post article:
“Wellington businesses, Willis Bond & Co, L T McGuinness and Studio Pacific Architecture will undertake the project.
350,000 visitors to movie museum expected each year.
$36m per annum expected benefits to the Wellington economy.
1000 jobs expected to be created.
Construction will start next year and is expected to be completed by 2018.”

Those are all good news stories in themselves. Without doubt, Wellington’s best developer, in cahoots with a great contractor and an architect who rarely fails to perform, gives me a lot of hope that this project will be a real winner.