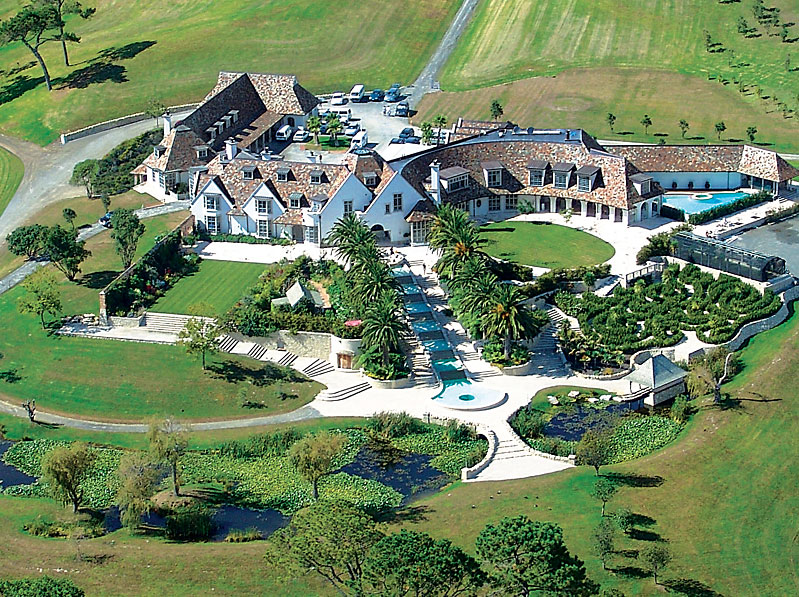 I’ve been wanting to write a blog post about Kim Dot Com since the day he burst onto our collective consciousnesses a few months ago. He is an enigma. Not quite “A riddle inside a mystery wrapped in an enigma”, but certainly he is rapidly becoming the most interesting person in New Zealand politics. Perhaps that’s not a difficult target, as the competition is not up to much.

The early photos we saw of Mr Kim Schmitz, because that really is his real name, ie Mr Smith, reinforced the viewpoint that he was just a fat fool, a wannabe playa, posing with guns and fast cars and faster women, and always wearing black trousers and a black polo neck jersey. Even in the pool, or at the beach. For which we should be eternally thankful, as man-boobs are never a pleasant sight on someone the size of a small whale. But he has gone from being this gargantuan figure with a face and a grin like a tall Benny Hill, and a seemingly obvious mock German accent – Corporal Schultz without the humour – into being our new national hero. Or, our new National hero….

Look at what he has accomplished in just a few short months. John Banks, who nobody liked and nobody wanted, has been publicly exposed as a lying cheating windbag without a shred of decency to commit political suicide and stand down. Banks is ripped to pieces – his credibility rating at zero – and the ACT party now virtually defunct (well played by Rodney Hide too! He got out before the shit really hit the fan….).

Now, John Key has been sucked into the same cess-pit of slime that Banks crawled out of. â€œI think the Prime Minister has had to make a choice: am I going to uphold high ethical standards or do I want to remain in power.â€ With these words, our avuncular German / Kiwi hero reveals himself as a very shrewd political player, effectively laying down a political gangplank for John “I don’t really give a shit” Key to saunter down with his usual camp runway swagger. Key reveals himself to have very low ethical standards over this affair, at least. Time, I think, for Key to show some real backbone and rid himself of this vile Banksy creature. A lucky escape for Auckland not to have elected John Banks again as Mayor – it really is staggering that the Aucklanders were even giving him a second chance, after they so firmly dumped the windbag radio host and opted instead for big Dick Hubbard. Now however, Banks can have a new tag line: “New Zealand – 100% Tainted”.

Itâ€™s a sad, mad world when a suspected international copyright infringement giant with questionable taste in clothing, cars, housing, and accessories â€“ a living, walking, talking parody of Benny Hill under extradition proceedings from the US â€“ when he has waaaaay more credibility than either our Prime Minister or the (cough) head of the ACT party.

Kim dot Com for PM I say !! At least he knows how to make money for the country. And is less embarrassing than John Keyâ€¦ All we need to know now is, how does big Kim make his money. Is it legal? Assuming that it is not just a front for money laundering (many schemes that have large amounts of cash flowing through are, after all), then is it really just a pile of cash that has grown because 14 year old boys have uploaded their music playlists and films of semi-decent / largely indecent naked chicks to a place where Mum can’t find them? Yes, there must be some illegal file sharing going on there, but then again – that’s rife in the industry, and they haven’t shut down BitTorrent yet. Should New Zealand just call itself Mega-Uploadland and be done with it? What we all just have to hope like hell for now, is that when the inevitable happens, and the extradition case fails, and the cars and the playthings are all returned to Kim Smith, and a groveling apology is given by our PM, that our cheerful fat newfound friend does not sue the pants off the incompetent fools who agreed to try to take him down. I sense a Multi-Multi-Mega-Upload million dollar lawsuit being owed to the Mega Upload empire.

Perhaps then he will be able to buy, instead of rent, that large Chrisco mansion. That, after all, is the real crime here. The mansion is built for that old granny who used to advertise that she would look after our Christmas present money for us, and on the profits of the interest she took for herself, she built that ugly Coatsville pile. That’s the real crime ladies and gentlemen, the bad taste in design of the mansion.