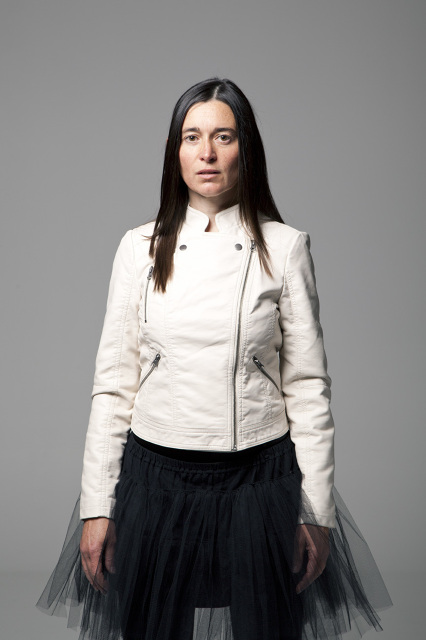 Cecile Bonnifait and the women of Architecture

The news over the weekend of the lauding of Fearon and Hay at the World Architecture Festival is pretty big news indeed – the hot duo winning two major awards, and major brownie points amongst their flotilla of wealthy clients. Fantastic work guys, thoroughly well deserved, and hopefully more on that later. Eye of the Fish didn’t get to WAF this year, so we can’t bring you a blow by blow account, of all the blow and blowing backstage.

But instead we want to concentrate on another award – less well-publicised, but no less worthy – the awarding to Cecile Bonnifait (of Bonnifait + Gieson : Atelier Workshop) of a major award for Women in Architecture: the Wirihana Emerging Leadership award. There were a couple of other contenders, and a couple of other awards, but I want to concentrate on Madamoiselle Bonnifait, as she is an intriguing character. Yes, with a name like that, she’s French, but she’s been here in Nouvelle Zelande for enough time to be a complete kiwi too, although her accent may tell you otherwise. Bonnifait works closely with William Gieson, in a working partnership that has produced some remarkably simple yet beautiful buildings. Luckily the whole dual country thing is producing some work for the practice in both countries – judging by their website – and they must have a great PR machine going, by the look of the large number of publications featuring their buildings. Impressive work mon petit ami.

I like the fact that Bonnifait + Gieson have their offices above a Citroen car repair showroom in Haining St – cant get more Gallic than that really, unless there was someone downstairs delivering baguettes on a bicycle, wearing a beret while smoking a Gauloise. Perhaps Bonnifait does that in her spare time, although I doubt there is a lot of spare time given how much work the practice has on the go. The iconic project that got them a lot of publicity was of course the Port-a-bach, that container-based weekend home that transformed from a blank steel box into a luxury sleep out at a touch of a button or two. Well, perhaps a bit more complex than that, but no less idyllic – it was on show a couple of years ago up in New Plymouth at the PrefabNZ exhibition, and the design has some enjoyable light touches of cleverness – something that runs through all of Bonnifait + Gieson’s work. The entire front facade folds down from the container to become a deck, and when the end doors are open, voila, you have some delightful daybeds. Looks like a dream.

But it is the rest of the work in their practice that really drives them along the road to success, apart from that slightly Quixotic weekend container retreat. Over the last decade, their work has matured to encompass a number of small but perfectly formed works, ranging from the refurbishment of the White Hart in New Plymouth (a highly accomplished piece of work involving quite a distinguished elderly building, given a new lease of life), to the succession of nicely crafted small bach and houses dotting around the coast of New Zealand, and a few overseas projects as well. Gieson is obviously just as important a part of this as Bonnifait, and I hope he is not feeling left out from the awards, but it is really a sign of the sexism deep within the architectural community that theirs is one of the few practices that features a female partner given equal billing right from the start. Go on, can you name another?

There are many solo woman practices dotted around New Zealand, just as there are many men in solo practice, but partnerships do tend to be more male oriented. Warren and Mahoney. McCoy and Wixon. Mason and Wales. Toomath, Beard, Alington and Wilson. Stephenson and Turner. Architecture Plus. Studio Pacific. Fearon and Hay. Jasmax: what was it again? Mercep, etc. Actually there is one, Mitchell and Stout, and so it is fitting that Julie Stout also picked up an award, but even there, Mitchell dominates the partnership – lets be honest, Mitchell dominates every conversation he is in, so it must be difficult to get a word in sideways…

So, emerging leader Cecile Bonnifait, the weight of the whole woman in architecture movement sits on those slender Gallic shoulders of yours – no pressure – to lead the agenda for more women to be more accepted in leading roles in architecture within New Zealand. You’re doing fine so far.

Is Bill English as stupid as Jonny English?