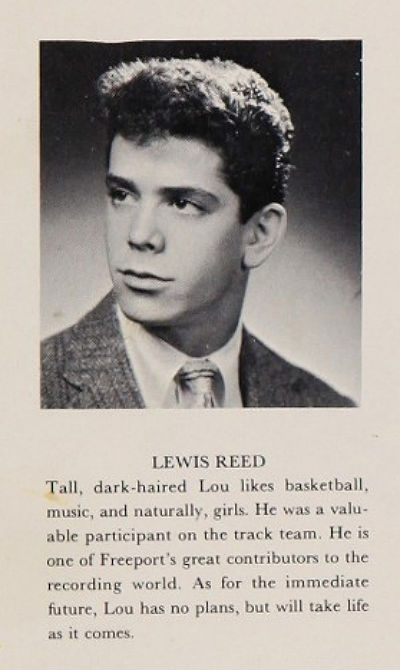 For me, inevitably, it was Sweet Jane, with a roomful of wannabe stoners singing along in unison, reveling in the music that our parents didn’t like and didn’t understand the references to, while we tried to smog the girls in the darkened rumpus room of mid-seventies suburbia. 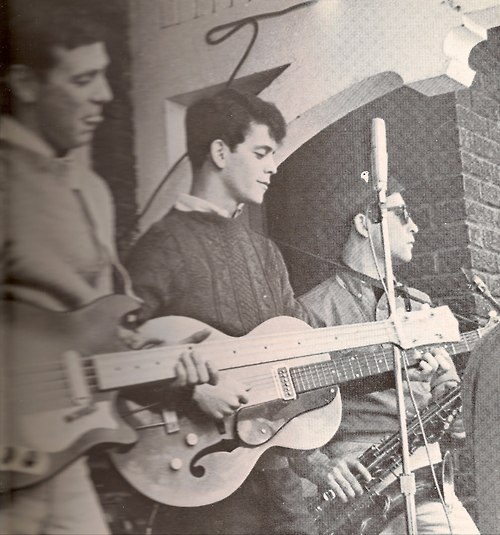 The great thing about songs and music is that everybody reads into them what they want to. For me, Perfect Day was no more about strapping a belt on your arm and shooting up with heroin, than it was about cleaning the toilet. For me, Perfect Day was, and still is, about the joys of waking up on a clear sunny New Zild morning, with the sun glinting on the rolling breakers, and a loved one in your arms, after a long night on the night before, and sipping that first OJ of the morning, followed by a crispy fresh croissant, or a snappy, tangy apple. I never got that whole, Happy to be a Junkie, fucked out of your mind, near-death obliterated brain vibe – or rather, I got it that he got it, but I never wanted to be a slave to the syringe to get there. Waiting for my Man was more about the need for my fellow grommet to arrive with the boards, than for my fellow dealer to arrive with a load of smack, but hey, each to his own. 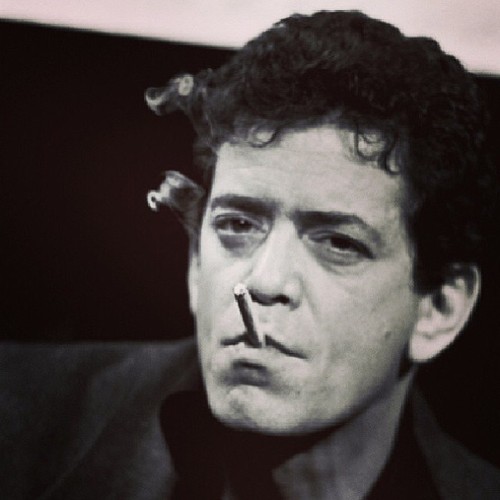 It has been interesting to see how the world has reacted to the death of Lou Reed: no doubt, somewhere in Christian Right-Wing heartland USA there will be some people rejoicing that such an evil influence has gone, but I think that for most of us normal people, we are just saddened that this great musical talent and superb lyricist has, at last, shuffled off this mortal coil. Friends all over the world have felt obliged to post a quick RIP Lou on Facebook, or tweet out an inane 140 characters to the world. Links to obscure favourite Lou Reed tracks have been unearthed, many of which I am shamed to say I had never heard of. 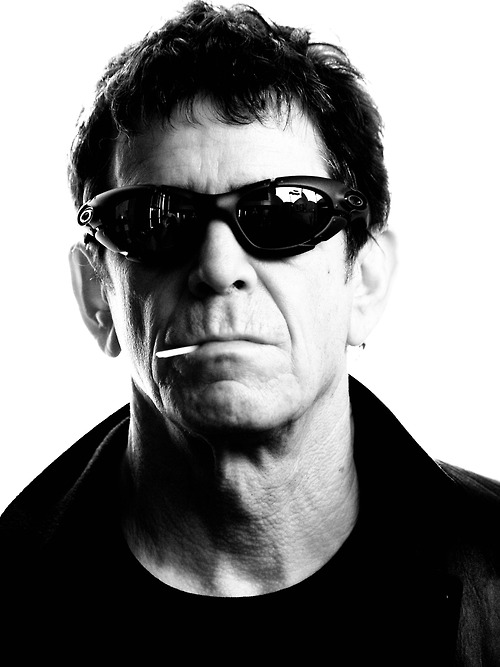 Did Lou ever come to Wellington? Come to that – did he ever come to New Zealand? I think he must have, although I don’t recall it. Tell me – what are your best Lou Reed memories? What does he mean to you?

Here’s my favourite Lou Reed memory. Well it’s more a tribute really, to a concert Lou and his wife put on in Sydney about three years ago…

I’ve seen Laurie in concert a couple of times in both New York and New Zealand I think, but I never got to see him live. You sort of think that people like him will live forever – but – gone too soon. As he said – a miracle of modern medicine.

The dig at “Christian Right-Wing heartland USA” is unnecessary and tacky.

I’m not a fan of such types but I dare say Lou Reed was not even a blip on their radar.

David – rubbish. “unnecessary and tacky” – what a load of crap. Conservatives have been going on for years and years at how rock and roll was bad for the children, and how lyrics from people like Lou were driving them towards a life of drugs and crime. Have a look back in the papers at the time, and you’ll see grumbly old farts tut-tutting at all the references to drugs. They even tried to get Puff the Magic Dragon banned for chrisake. And so with an out and out, openly drug-using old rocker like Reed, he would have been a nightmare for them.

Me? I just like the way the colored girls sing in Walk on the Wild Side….

Oh dear – its worse than I thought. I went looking for some abusive remarks from Christian fundamentalists, and pretty soon found this one, which is just sick in its ideology:
“The degenerate Jewish sicko Lou Reed, considered a â€œrock pioneerâ€ by the Jewish media figures who consider such things, is finally dead at 71. They have not said how he died, but it was probably related to drugs.
Lou Reed spent his entire life promoting drug abuse and sexual deviancy to confused young people, and we now witness all of these other degenerates and Jews coming out and praising him as some sort of hero.”

To be honest, until I saw that, I had no idea that he was even Jewish at all. People are not defined by their religion to me.
Should I look for more? I think not. I’m not even going to post the link to that hateful site, as I don’t want to boost their pathetic views with increased ratings.

Well, at last I’ve found out, from the Dom Post of all places, that Lou Reed did indeed play live in Wellington, once, way back in 1974. An interesting article – I recommend you read it. A quote:
“When I was a teenager in the 70s, Reed was known widely by my generation at the time for two less cerebral accomplishments. The first was his best-known hit Walk on the Wild Side. On it Reed sang the phrase “even when she was giving head” and it got played on the radio. This always resulted in a round of sniggers by my peer group. Today, even mainstream pop stars are more explicit. Back then to hear this uncut on the radio was as risque as it could get. We wondered if it got through because radio programmers didn’t know what it meant. This was usually followed by more adolescent sniggering. The second, with nothing like the internet to give us information, had to do with Reed’s reputation. It centred on his New Zealand tours, where he reputedly pulled out at the last minute. There were lots of variations on the story, but the one recounted again and again involved a particular gig. The crowd had settled in and suddenly Reed’s manager appeared on stage and told everyone that Reed could not show. The manager didn’t give an explanation but told the audience: “Lou’s real fans will understand.”

Sorry – missed off the reference to Tom Cardy’s article:
http://www.stuff.co.nz/dominion-post/culture/9338552/Lou-Reeds-impact-on-NZ-explored

I had an acquaintance at Auckland University many years ago who found himself in pressing need of a little time away from home and an improved financial position after being caught manufacturing lysergic acid in the Chemistry Department. For reasons unfathomable to all, he decided that the perfect answer was to take the Queen’s Shilling. He joined the Territorials. Problem was, his stint at Waiouru coincided with Lou’s (1976?) tour.

No problem for the chemist, he begged a weekend pass, hitchhiked up Highway 1 and arrived in time for the show at the Auckland Town Hall. He spent the evening jammed right at the front, amongst the most determinedly decadent of fans, clad from head to toe in his best parade ground khakis. Fitted right in.

Starkive – hitched his way? shaved his legs along the way? changed his name and then he was a she?
You’re right – would have fitted right in. Nice story!

By the way – saw Illustrious Energy at your illustrious institution last week – great stuff, even after all these years. So, thanks for that.

What a beautiful fall! Everything shimmering and golden and all that incredible soft light. Water surrounding us.

Lou and I have spent a lot of time here in the past few years, and even though weâ€™re city people this is our spiritual home.

Last week I promised Lou to get him out of the hospital and come home to Springs. And we made it!

Lou was a tai chi master and spent his last days here being happy and dazzled by the beauty and power and softness of nature. He died on Sunday morning looking at the trees and doing the famous 21 form of tai chi with just his musician hands moving through the air.

Lou was a prince and a fighter and I know his songs of the pain and beauty in the world will fill many people with the incredible joy he felt for life. Long live the beauty that comes down and through and onto all of us.

his loving wife and eternal friend